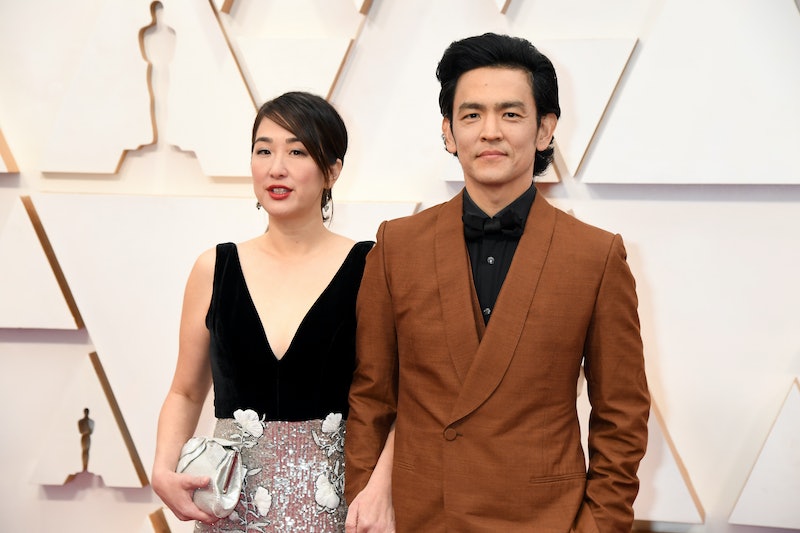 We’re just a few short days away from the premiere of Cowboy Bepop on Netflix, a 10-episode series that follows an eclectic group of bounty hunters as they track down criminals in the solar system. If this sounds at all familiar, that’s because it’s been done before. The upcoming series, which stars John Cho as Spike Siegel, Mustafa Shakir as Jet Black, and Daniella Pineda as Faye Valentine, is a live-action adaptation of a Japanese anime of the same name.

With the highly anticipated series about to make its debut, you may be wondering what Cho has been up to since starring in 2004’s Harold & Kumar Go to White Castle. The short answer? A lot. The 49-year-old actor played Hikaru Sulu in 2009’s Star Trek reboot films and has made appearances in some of the most popular shows on TV. In 2014, he became the first Asian American actor cast as a romantic lead in the sitcom Selfie. Four years later, he became the first Asian American to headline a mainstream thriller with his role in 2018’s Searching.

While Cho’s successful acting career is out there for all to see, he’s managed to keep his personal life fairly private, including his family. He doesn’t talk about it much, but Cho has been happily married since 2006 to actor and director Kerri Higuchi, who he first met while attending UC Berkeley. In a 2015 interview with Glamour, Cho revealed that they exchanged their vows in Northern California on New Year’s Eve. “I was just fuzzy with affection that night,” he said, admitting that he would love to get married again in front of their children. Their son, Kage, was born in 2008, and they welcomed a daughter in 2013.

For Cho, it was his wife’s self-confidence that initially pulled him in. “My wife was confident in a way that I was very attracted to,” he told the magazine. “She knows who she is. I knew nothing about that. I was so unsettled at that age and so scatterbrained. It’s beautiful when you see a person who’s self-assured and knows who she is.” At the time, he described his wife as a “stay-at-home mom,” but said that he learned a lot about acting from Higuchi, who formerly appeared on Grey’s Anatomy, Parks and Recreation, and more.

Cho has picked up more than just acting tips from Higuchi; she also introduced him to therapy. “I know it’s an old joke that women get their husbands to go to therapy, but men don’t talk enough about it,” he said, explaining that it’s nice to have someone he can be “completely weak” with for a set amount of time. “It’s hard to even talk to your wife or girlfriend about the deepest parts,” he confessed. “I think we try to protect our women so much. Particularly because I’m a dad, and I try to be the soldier in our family.”

Cho’s marriage is a far cry from relationships he had in his twenties. “Sometimes I was not good. Sometimes I was terrible,” he admitted. “I think I had a wandering eye with some, but sometimes I was suffocating. Sometimes I was distant. Man, I was a mess when I was younger.” Cho told the magazine that, In hindsight, he shouldn’t have started dating until his mid-thirties. “I was just an idiot for most of my 20s,” he confessed. “I got married at 34. Marriage is serious business if you’re starting a family. You’ve got to be committed.”

It’s worth noting that Cho’s dating history before tying the knot remains a mystery. However, meeting Higuchi gave him some insight as to what advice he should give his children once they start dating. “Look for a girl who’s kind,” he said when asked what advice he’ll give his son. “It’s telling. Compassion.” When it comes to his daughter, he’ll tell her to “look for a man who knows the difference between right and wrong,” adding that it’s “surprisingly hard to find.”

More like this
Pamela Anderson’s Dating & Marriage History Could Be Its Own TV Series
By Jake Viswanath
Who Is Allison Williams Dating After Her Divorce? She’s Engaged With A Child
By Jake Viswanath
Selena Gomez Confirms She's Single Amid Drew Taggart Dating Rumors
By Martha Sorren, Jake Viswanath and Jack Irvin
Vanessa Hudgens Is Reportedly Engaged To Cole Tucker
By Jake Viswanath
Get Even More From Bustle — Sign Up For The Newsletter
From hair trends to relationship advice, our daily newsletter has everything you need to sound like a person who’s on TikTok, even if you aren’t.