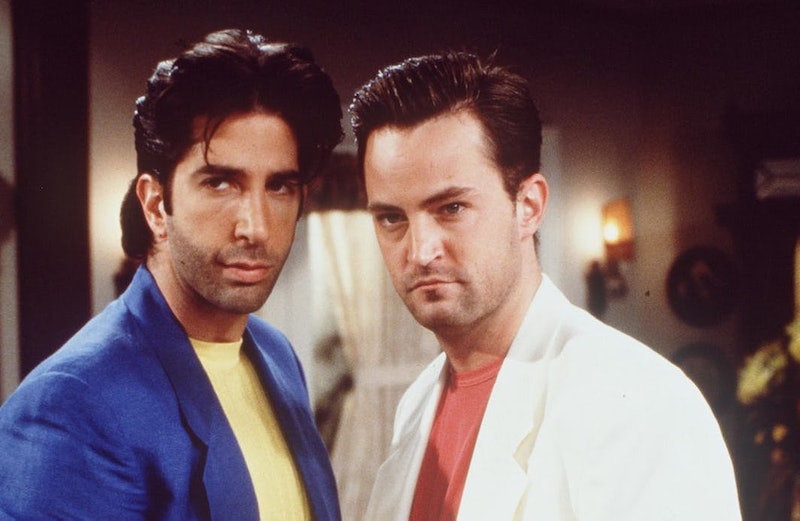 Matthew Perry recently joined the rest of his Friends castmates — Jennifer Aniston, Courteney Cox, Lisa Kudrow, Matt LeBlanc, and David Schwimmer — back on the small screen for the Friends: The Reunion two-hour special on HBO Max. But unfortunately, soon after bringing our favorite ’90s sitcom back into our homes after 17 years, he called it quits with his fiancée Molly Hurwitz.

The 51-year-old actor confirmed the split on June 1. “Sometimes things just don’t work out and this is one of them,” Perry told People in a statement. “I wish Molly the best.”

Though Perry has notoriously kept quiet when it comes to his dating life and romantic history, back in November of last year, he announced his engagement to Hurwitz in People. “I decided to get engaged,” Perry said. “Luckily, I happened to be dating the greatest woman on the face of the planet at this time.” Not much is known about the 29-year-old literary agent, but judging by her wardrobe we might just have to agree.

Perry shared two photos of Hurwitz wearing Friends-inspired merchandise from his limited-edition line, which proceeds went to COVID-19 relief funds. In the first photo Hurwitz is pictured holding up her hair while rocking a shirt that reads, “Could this BE any more of a T-shirt?” a take on one of Chandler’s infamous sarcastic catchphrases.

Perry posted another Instagram photo of her modeling a black baseball cap with a Bing-worthy phrase — “What is this, a baseball cap?” — scribbled over it.

According to a Valentine’s day post Hurwitz’s shared last year on her now-private Instagram account, the pair started dating back in 2018. “Second year being my valentine, but his first as an Instagram influencer,” she captioned the photo of Perry while joking about the actor finally getting on the social media account. Speaking of Instagram influencers, the couple was also co-running an Instagram for their dog Alfred, so we’ll have to wait and see who gets official custody of the account.

Back in November, a source close to Hurwitz told ET, “Matthew and Molly had a connection right off the bat. Molly has stuck by Matthew’s side and supported him throughout their relationship and he greatly appreciates having her in his life and wanted to take things to the next level with an engagement. They are both so happy.”

While Hurwitz hasn’t officially commented on the reason behind the split, Perry did make headlines last month after a clip of him chatting with a 19-year-old woman on the private membership-based dating app Raya went viral.