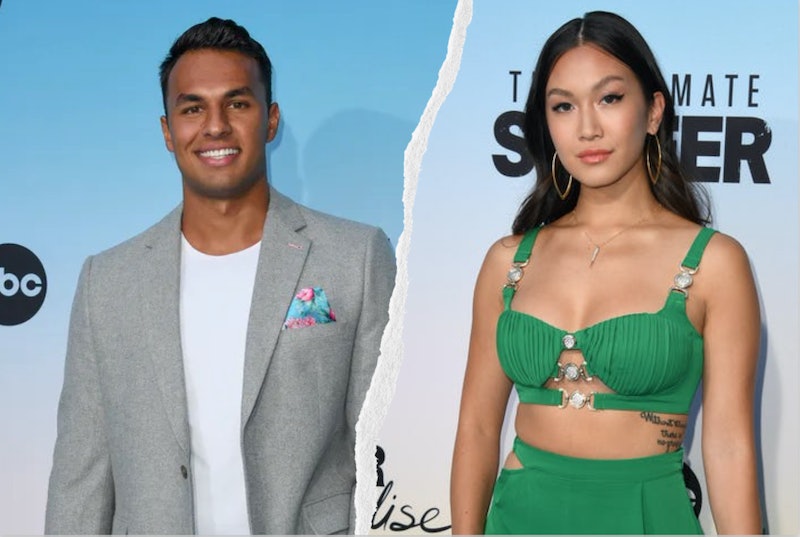 Bachelor in Paradise is only three episodes into Season 7, but dedicated viewers know it doesn’t take long for contestants to couple up — and even less time for them to split. The show features single individuals who previously appeared on The Bachelor or The Bachelorette, and this season takes place in the town of Sayulita, located in Vallarta-Nayarit, Mexico. In Episode 2, which aired on Aug. 23, Aaron Clancy and Tammy Ly struck up a romantic bond so strong that fellow contestant Serena Chew tried to steal his attention and failed. The season will air through late September, but until ABC airs how it all plays out, there are clues that point to if Aaron and Tammy are dating after Bachelor in Paradise and if their impermeable bond remains intact.

Aaron and Tammy were already growing close by Episode 2, but in an attempt to save herself from elimination, Serena decided to flirt with Aaron by rapping for him. The impromptu performance was followed by a kiss that gave Serena “butterflies,” but Tammy saw it all — and she wasn’t happy. So, she straddled Aaron in front of the entire BIP cast, which proved to be a successful move as he exclaimed, “I’m definitely pretty excited, so I can’t get up.” He then gave his rose to Tammy at the end of the night, which effectively sent Serena home.

There are still six more episodes of Bachelor in Paradise set to air this season, but the cast has already completed filming, so the fate of their relationships has played out real-time. After wrapping production, the cast recently walked a red carpet together at the premiere of ABC’s new reality show, The Ultimate Surfer. Aaron and Tammy were both there and posed for several photos together. But while other cast members took photos in smaller groups and pairs, the current onscreen couple was never seen directly next to one another. Of course, this could be an intentional move due to NDAs and attempts to avoid spoilers, but nothing about Aaron and Tammy’s body language on the carpet signals a post-show relationship.

However, Tammy did pose for several photos with Mike Johnson, who appeared on Hannah Brown’s season of The Bachelorette. As for her future with Aaron, Reality Steve recently reported that they will soon part ways, and Tammy will begin dating Thomas Jacobs of Katie Thurston’s Bachelorette season. However, the insider added that he eventually leaves her for Becca Kufrin. It’s a far cry from her seemingly tight romantic bond with Aaron as it currently appears on the show, but fans know that anything is possible in Bachelor Nation.