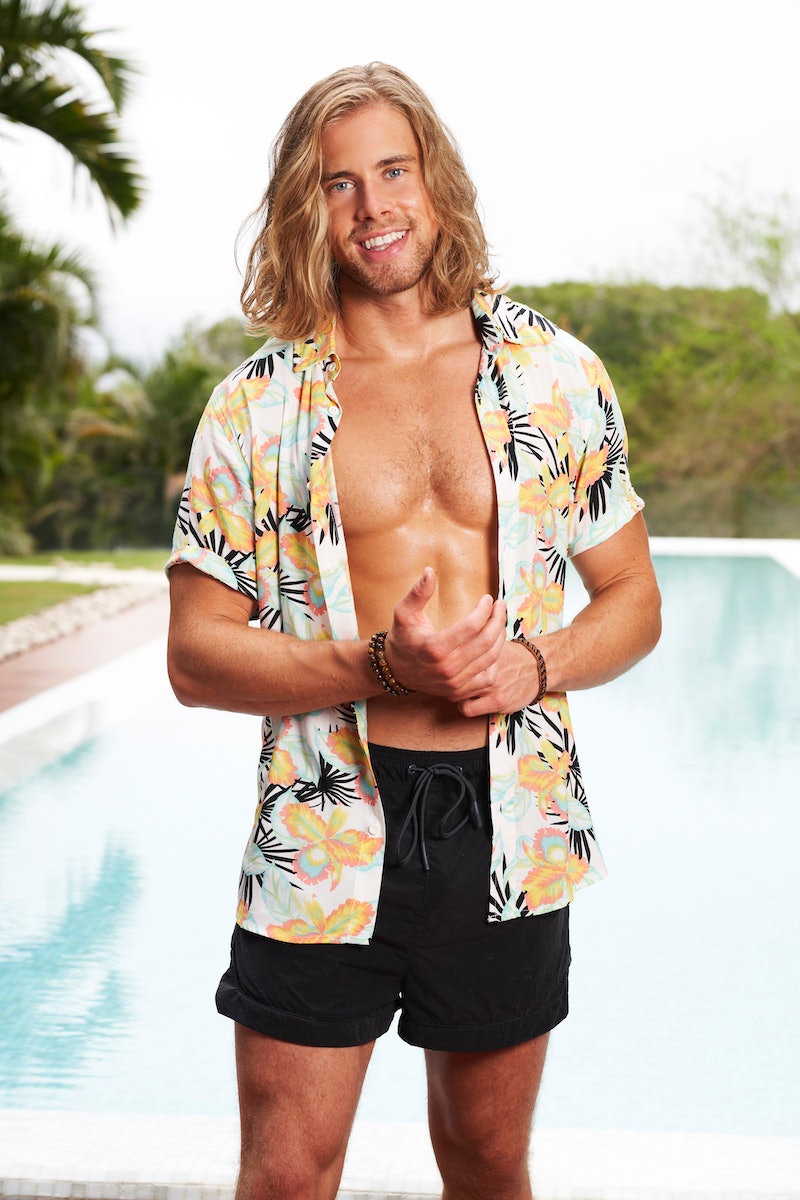 A day after Rodney Mathews and Lace Morris’ Bachelor in Paradise breakup, Season 8 saw its next major casualty: Jacob Rapini and Jill Chin — or as the brawny beach denizen once put it, “Tarzan and Jilly Jane.” To recap, because it’s a lot: during Jill’s time away from the beach, Jacob pursued things with Paradise newcomer Kate Gallivan, and the two shared several steamy makeout sessions. “This sounds rude, but I don’t wake up thinking of Jill,” he tells Kate at one point.

Now that there’s been some time and distance from the beach, Jacob would like to explain. “It was just hurtful ... I was still thinking about Jill, just not in the extreme romantic way at the time,” he tells Bustle. “And maybe it takes a little bit of time for me [to get there].”

Despite having strong feelings for Kate, she ultimately decided to pursue Logan Palmer instead — a union that caused more than one breakup in Paradise, better described by Johnny DePhillipo as “Geometry Beach.” Still, Jacob determined that his feelings for Kate meant Jill maybe wasn’t his “person.” Sadly, upon hearing this, Jill decided to leave the beach altogether. “I’m just done,” she tells her friends in tears upon departing. “I don’t want to start over again.”

Below, Jacob opens up about the heartbreaking split, what he’d do differently, and where he stands with Jill today.

During your breakup with Jill, you say it’s the worst feeling you’ve had in your life. What was going through your mind at the time?

Watching it over and seeing how Jill was taking it while we were separated, it’s so difficult because you want them to have time with other people and see if there’s a forever person [for] them. If we had a second to talk and said “Hey, look, if they bring in these girls, and they bring in some guys for you, would we want to talk and have kind of an open relationship and see if there’s something stronger out there?” that would’ve made things easier, especially on Jill. But we didn’t get to talk about that, unfortunately.

Is there anything you would have done differently, looking back?

To be honest, probably not. But there is a chance that if I’d known how good Jill and my relationship was — and it really was an amazing relationship — I probably would’ve continued to pursue Jill.

Are you still in touch with Jill today?

Yeah, we have very good communication right now. We call each other a lot. That’s the best part about it that we can still find that sanctity, that togetherness, even though she’s on the East Coast and I’m on the West Coast. We can laugh and talk about what’s going on. Even through the breakup [episodes], I’m like, “Here we go!” And she’s just joking around like, “Oh, you’re done.” So we have a really good relationship still.

You say during the episode that having those strong feelings for Kate was a sign that you shouldn’t take things further with Jill. Can you tell me more about that?

I wanted to be open and honest. Maybe Jill would have wanted to have a relationship even after that, but I don’t like to lead her on in any way. So I’m still going to tell Jill, “Look, I had this amazing relationship with Kate ... You and I, we still have something, but it’s not enough for me to say, “I’m gonna get engaged to you at the end of this.”

Then again, I realize I’m a one-and-done type of person. [But] I look back on it, and you can still have a relationship with that person after the beach, even if you don’t get engaged to them. If I had thought of it like that, instead of just the end goal where I’m going to get married to you, I would probably have put more time into our relationship after that. And we probably could have still had a thing going on. It’s tough.