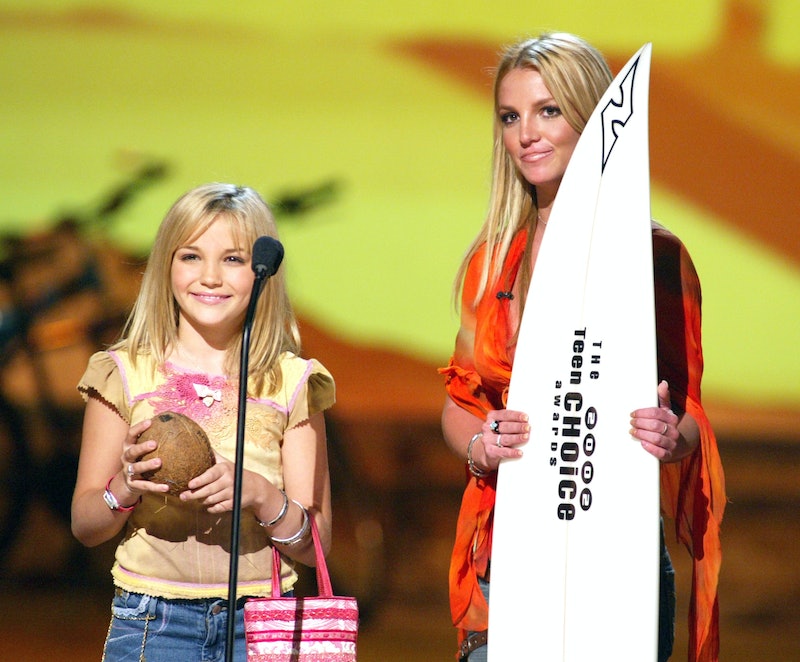 Britney Spears is officially beginning the new year on a fresh start. Not only did she leave behind her 13-year conservatorship in 2021, she also seemed to cut ties with her family, after discussing at length the role they played in controlling her life. While Spears’ dad, Jamie, was the focus of much criticism as her former conservator, the “Stronger” singer also called out other relatives during her legal saga — including her younger sister, Jamie Lynn Spears. “I don’t like that my sister showed up at an awards show and performed MY SONGS to remixes,” she wrote in one July Instagram post. “My so-called support system hurt me deeply !!!!”

Even though it seemed pretty clear that the sisters were not on good terms, they still followed each other on social media. Until now, that is. As of Jan. 1, Spears is no longer following Jamie Lynn on Instagram. (The Zoey 101 alum, though, is still following her sister.)

If you don’t regularly check Spears’ IG following list, you might have missed the unfollow — but the siblings’ relationship is contentious enough that plenty of fans were keeping tabs, and several started tweeting about the development late on New Year’s Day.

The timing makes a lot of sense — whether you spent New Year’s Day cleaning out your closet, or perhaps cleaning out your contacts and social media from the comfort of your bed, the start of a new year inspires blank slates of all kinds. Plus, at the time of the unfollow, Spears’ latest Instagram post was a video of birds flying free from a truck. “SYMBOLIC of my year this year,” she wrote, suggesting that she’s leaving behind last year’s constraints (and family issue, too).

Jamie Lynn is also looking forward to brighter days ahead. She posted an Instagram of her own on Dec. 31, writing directly to 2021, “You tried your damnedest... bless your heart.” As she said her goodbye to the year, she included her hopes for “nothing but healing, love, peace, and happiness to all” in 2022.

For big sister Spears, the coming months will give her a chance to simply enjoy living a more independent life, likely while continuing her wedding planning with Sam Asghari — but her estranged family members will probably not make the guest list. As a source told Us Weekly, “as of now, there will be none of her family who is invited to [the] wedding.” Of course, much like the IG unfollow, that report isn’t exactly surprising.

More like this
Britney Spears Shares & Deletes Photos Of Justin Timberlake From 22 Years Ago
By Jake Viswanath
Britney Spears Shared The Real Reason She Shut Down Her Instagram Account
By Brad Witter
20 Years Ago, J.Lo Was Supposed To Kiss Madonna With Britney At The VMAs
By Jake Viswanath
You’ll Definitely Recognise Isadóra Bjarkardóttir Barney’s Mum
By Maxine Harrison
Get Even More From Bustle — Sign Up For The Newsletter
From hair trends to relationship advice, our daily newsletter has everything you need to sound like a person who’s on TikTok, even if you aren’t.