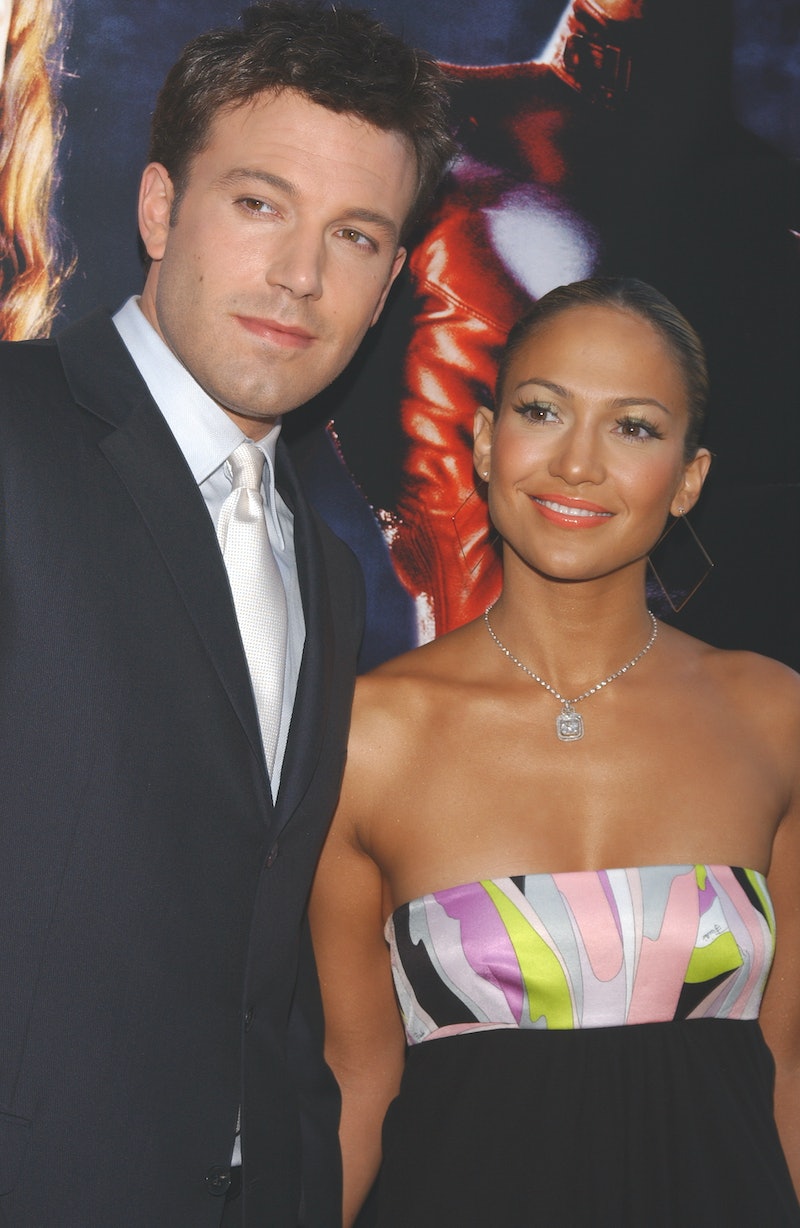 Ben Affleck and Jennifer Lopez first met in late 2001 while filming the 2003 crime comedy Gigli, perhaps the worst and floppiest film of either A-lister’s career. Despite the film’s critical and commercial failure, it launched the pair’s high-profile relationship, during which they collaborated again in 2004’s Jersey Girl and Lopez’s memorably steamy music video for her signature hit “Jenny From the Block.” The relationship initially ended with a called-off engagement in early 2004. But fast forward to today, following Affleck’s recent split from actor Ana de Armas and the end of Lopez’s engagement to Alex Rodriguez in April 2021, Bennifer is officially back in action. However, some fans think they’re rekindling the relationship for reasons other than pure romance.

In late April 2021, just weeks after Lopez split from Rodriguez, Page Six spotted the actor visiting the performer at her Los Angeles home. It was the first of many sightings to come, including photos of the pair at Lopez’s Miami home in late May, in which Affleck is seen wearing a chunky silver watch — one that looked eerily similar to the accessory she gifted him back in 2002. In the “Jenny From the Block” music video, Lopez is seen giving Affleck a black box containing a watch that he wears throughout the rest of the clip. During their early 2000s fling, Affleck was spotted wearing it on many other occasions, proving it to be more than a mere video prop.

During a Bennifer discussion that went down on a late May episode of Busy Philipps’ podcast, Busy Philipps Is Doing Her Best, writer and co-host Caissie St. Onge posed a theory: What if the couple is back together to film a shot-for-shot remake of the music video for its 20th anniversary? Considering Affleck had just been spotted wearing the watch, the theory is understandable, albeit slightly far-fetched. But on June 14, the A-list couple went out to dinner, where they were seen cuddling and sharing a kiss, all while “Jenny From the Block” played in the restaurant. The scenario was especially reminiscent of a scene from the video where the paparazzi catch the pair out for a meal. Then on July 26, the pair was spotted chilling on a yacht with Affleck’s hand placed on Lopez’s backside — just like he did in the 2002 music video. The photos sent fans into a spiral, especially those buying into the theory.

Are Affleck and Lopez actually recreating the “Jenny From the Block” video? Considering no camera crews have been spotted following them around, our guess is probably not. While it’s exciting to see these two major celebs unexpectedly rekindling their romance, the idea that it’s all to recreate the iconic video is merely a theory. After all, the single and video were released on Sept. 26, 2002, so the 20th anniversary wouldn’t be until next year, and it’s unlikely that filming would take more than a few weeks, let alone over a year to complete. Additionally, the last time Lopez tried to celebrate a 20-year anniversary was with last year’s iconically failed #LoveDontCostAThingChallenge, so it’s hard to imagine the multi-hyphenate taking a year-plus out of her busy schedule to rehash the past.

More like this
Who Is Nick Cannon Dating & How Many Kids Does He Have?
By Jordyn Tilchen and Radhika Menon
Gigi Hadid’s Dad Shared What He Knows About Those Leonardo DiCaprio Rumors
By Brad Witter
There's A Taylor Swift Easter Egg In Ryan Reynolds' 'Deadpool 3' Teaser
By Marina Watts
Everything To Know About Taylor Swift’s 10th Studio Album, 'Midnights'
By Grace Wehniainen and Jake Viswanath
Get Even More From Bustle — Sign Up For The Newsletter