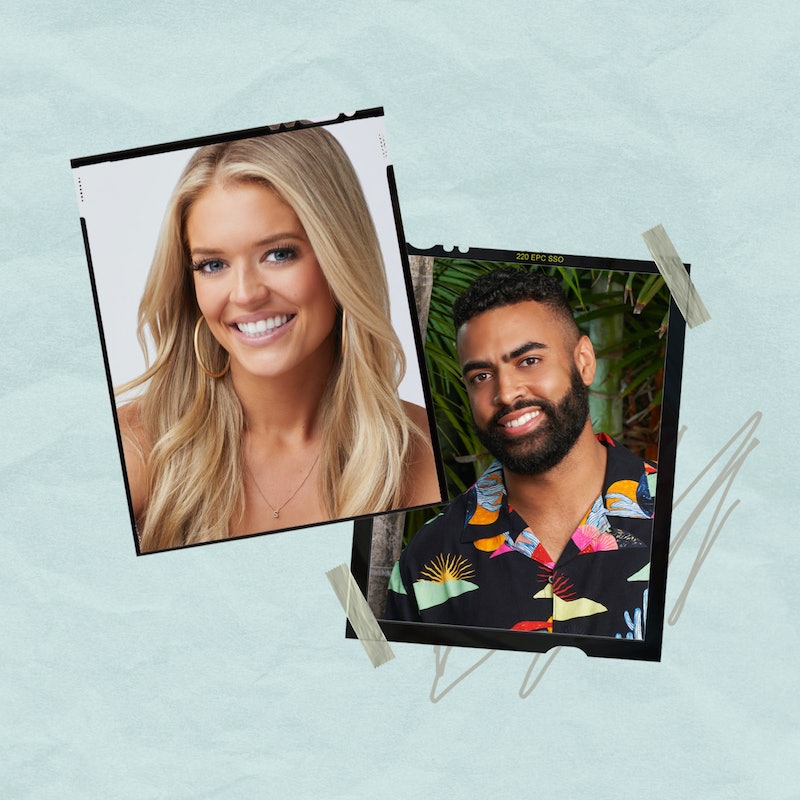 As viewers are starting to see on Bachelor in Paradise Season 8, many of the singles had a chance to mingle before hitting the beach. And it makes sense! It’s a bunch of single people with a common connection that puts them at many of the same events — they’re bound to get acquainted. During the first week of Season 8, there was already plenty of drama between Romeo Alexander, Jill Chin, and Kira Mengistu after it was revealed that Romeo and Jill had a budding connection pre-Paradise, which was interrupted when Romeo kissed Kira.

And beyond that love triangle, there seems to be another relationship that started well before the beach: Justin Glaze and Salley Carson. On the Oct. 3 Bachelor in Paradise episode, Salley’s luggage arrived at the resort before she did, which made the original BiP women very nervous. Especially Genevieve Parisi, who was already worried about where she stood with Justin.

“A ton of people from Bachelor Nation went to Stagecoach [Festival],” she explained in a confessional. “And, Salley was all over Justin. Justin was all over Salley.”

So, what went down between Justin and Salley at Stagecoach? The annual country music festival has long been considered a breeding ground for Bachelor Nation drama and hookups, and the latest BiP reveal appears to be no different.

On May 1, Bachelor Nation podcaster Zachary Reality reported a rumor that Justin and Salley were “all over each other” at this year’s festival. Later that month, Justin appeared to address that report on Click Bait with Bachelor Nation.

“I did meet Salley, and she was cool,” he said. Was she single? “Uh yeah, I would hope so,” he added with a laugh, potentially suggesting that the two had forged a connection.

The potential pair did individually document their time at Stagecoach this spring, but they don’t appear in each other’s posts from the weekend.

While Justin has become a familiar fixture of Bachelor Nation — due, in part, to his iconic facial expressions during Katie Thurston’s season — Salley is a relative newcomer. She only appeared at the very beginning of Clayton Echard’s Bachelor season but sent herself home before limo arrivals because she’d recently ended her engagement and didn’t feel comfortable competing on The Bachelor during what was supposed to be her wedding weekend.