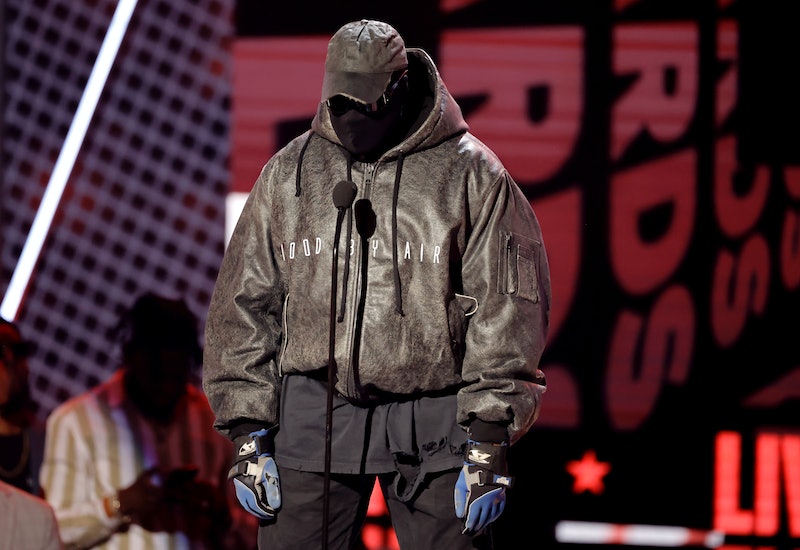 The 2022 BET Awards on June 26 had several surprise appearances. Brandy shocked guests when she came out for to perform with Jack Harlow despite his recent blunder about her. Mariah Carey made a grand entrance when she teamed up Latto, who won Best New Artist, for “Big Energy.” And Kanye West presented the Lifetime Achievement Award to Sean “Diddy” Combs.

With his face covered in a mask, Ye gave a touching — and believe or not, comedic — speech. “How do we crown our kings? How do we appreciate our kings?” Ye began his tribute to the Bad Boy Records founder. Calling Diddy his “favorite artist,” he added, “Back then, it was so many rules to hip-hop. And he broke all of them. And broke down all the doors. And understood contracts in a way a lot of us still don’t, understand money in a way a lot of us still don’t. I go to him for advice to this day. He inspired so many of my choices, so many of my life choices, my wife choices [referring to his divorce to Kim Kardashian] And here we are. Thanks for that Puff.”

The “Heartless” hitmaker went on to talk about how he wanted to be like Puff. “This man was so famous. It was just good enough for me to be Chicago’s version of Puff.”

Ye called out to his peers and said, “Any of us in this room, if Puff ever need us, we need to jump and be there. This man has been through and survived a lot of stuff and broke down a lot of doors so we could be standing — I know for me that I could be here today. He broke down so many doors of classism, taste, culture, swag. ... Puff, if I never told you, I love you. You’re my brother,” the “Flashing Lights” rapper said, before the star-studded performance tribute started with Mary J. Blige, Lil’ Kim, Faith Evans, Busta Rhymes, and Jodeci.

Before Combs accepted the award designed to recognize “those who have not only shaped culture but those who have been leaders in elevating the industry in an impactful way,” he performed his 1997 hit “I’ll Be Missing You.” The moment was especially touching after he dedicated it to his late girlfriend Kim Porter, who died of pneumonia in 2018. The two had twin daughters and a son together, as well as children from other relationships. Months after her death, Diddy spoke to Essence in April 2019. He said, “She was unforgettable. That day turned my world upside down.”