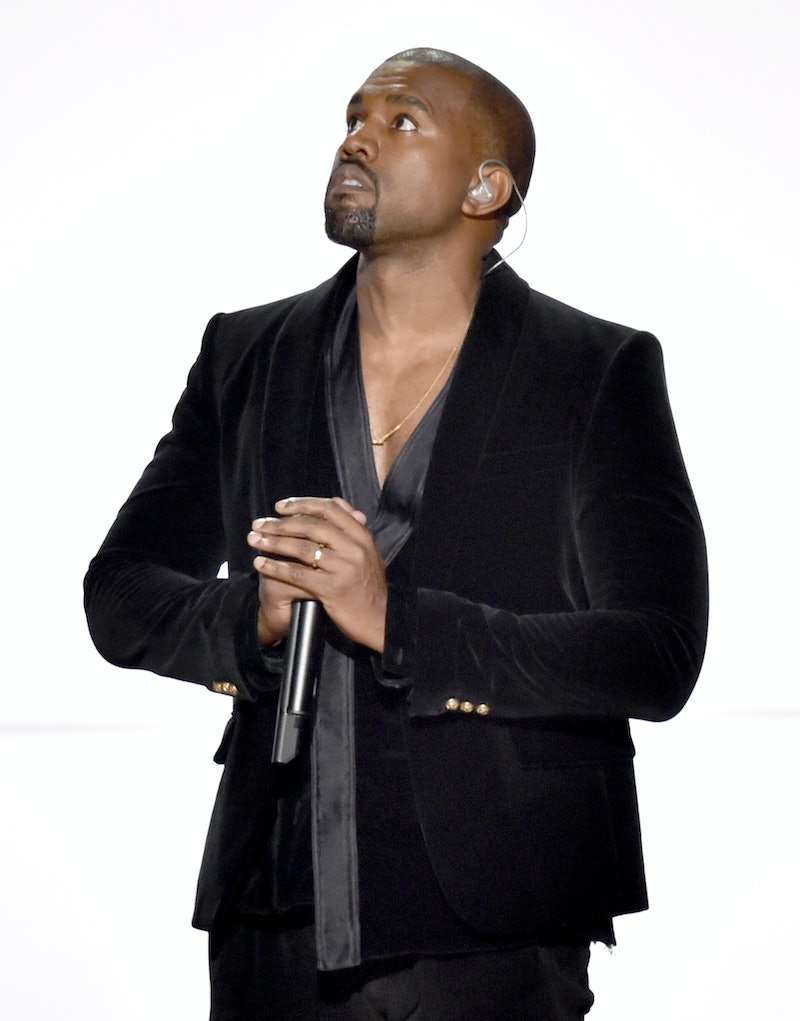 Following several instances of “concerning online behavior,” Kanye “Ye” West has now reportedly been barred from performing at the Grammy Awards, the musician’s rep confirmed to Variety on Saturday, March 19. Without elaborating, the Donda 2 rapper’s team simply confirmed The Blast’s report that the Recording Academy had “unfortunately” removed West from the lineup of performers late on March 18, following his temporary Instagram suspension. Though West was never among the April 3 show’s previously announced acts, the 22-time Grammy winner is up for five more awards this year. (Reps for the Recording Academy and CBS, which present the Grammys, did not immediately respond to requests for comment.)

Perhaps not-so-coincidentally, West’s Instagram suspension resulted from a derogatory comment he made about Trevor Noah, who’s also hosting the 2022 Grammys. (A Meta spokesperson said that West’s post violated policies on hate speech, bullying and harassment.) Prior to the post being deleted, however, the Daily Show host reportedly responded to West, calling the artist “an indelible part” of his life and referring to him as being among the “few artists” who have most greatly impacted him. “I learned to protect my child-like creativity from grown thoughts because of you ... which is why it breaks my heart to see you like this,” Noah — who’d previously commented on the “peril and pain” West could be causing ex-wife Kim Kardashian and her new boyfriend Pete Davidson — wrote, in part.

Coming to Ye’s defense, fellow rapper The Game also speculated that the scrapped performance “could be because [Noah] is hosting and there was a conversation held amongst his team & the academy that led to the decision,” among other possibilities. “Time & time again they show us that they only want to STEAL the culture, not allow you to ever be their equals,” Game captioned a March 18 Instagram, in part, adding that he knew that Grammys’ “more than obvious move for reasons of minuscule actions” was coming.

In a tweet posted March 20, contrary to The Game’s thoughts, Noah claimed it wasn’t him who pulled the plug on West’s Grammy performance. “I said counsel Kanye not cancel Kanye,” the comedian wrote, though West has yet to respond.

The Blast’s initial report cited sources saying that West’s team similarly wasn’t surprised by the decision, given that the Academy is a so-called “outdated and unimportant part of music culture and perceived success.” (Drake withdrew his 2022 nominations after having previously made similar comments.) Others, however, expected the move more for the incendiary nature of West’s attacks against Davidson (whom he dubbed “Skete”), including the “Eazy” music video (also featuring The Game) that appeared to show the Saturday Night Live star being kidnapped, tied up, and buried alive. In a since-deleted text message screenshot shared by West on Instagram, Kardashian wrote that he was “creating a dangerous and scary environment,” worrying that “someone will hurt Pete.”

Noah essentially said something similar while discussing the “Kim-Kanye-Pete controversy” in the March 15 Daily Show segment that seemed to scorn West. “I do understand that art can be therapy ... but I also understand that therapy can be therapy,” the Comedy Central host said, citing West’s public mental health struggles. “What [Kardashian’s] going through is terrifying to watch and shines a spotlight on what so many women go through when they choose to leave,” Noah said, also sharing that his abusive stepfather had shot his mother in the head after their divorce.

More like this
What Is Mary J. Blige’s Net Worth? The 9-Time Grammy Winner Is Doing “Just Fine”
By Hugh McIntyre
Everything You Need To Know About Kanye's Post-Kardashian Dating Life
By Bustle Editors
Grammys Host Trevor Noah Made Adele's Dream Of Meeting The Rock Come True
By Brad Witter
The 12 Most Controversial & Unexpected Grammy Moments Ever
By Jake Viswanath
Get Even More From Bustle — Sign Up For The Newsletter
From hair trends to relationship advice, our daily newsletter has everything you need to sound like a person who’s on TikTok, even if you aren’t.

This article was originally published on March 19, 2022