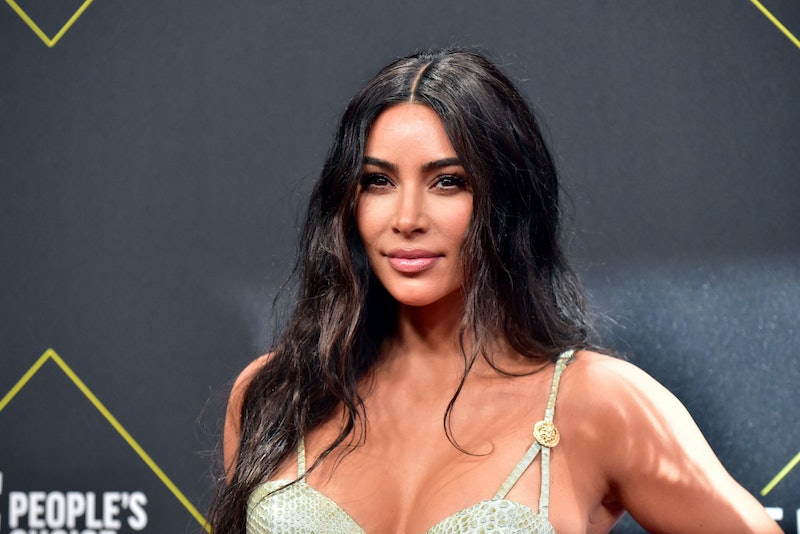 Kim Kardashian West can now add a notch to her impressive resume: Saturday Night Live host — a role she fully committed to. During the Oct. 9 episode, featuring Halsey as the musical guest, the KKW Beauty mogul entered the SNL stage in a hot pink bodysuit and wasted no time poking fun at herself — and her entire KarJenner clan.

“I know, I know, I’m surprised to see me here, too,” she began her self-deprecating monologue. The Keeping Up With the Kardashians vet then coyly referenced her infamous, er, home video and made light of previous accusations that it was her momager, Kris Jenner, who released the sex tape. “I haven’t had a movie premiere in a really long time. And, actually, I only had that one movie come out, and no one told me it was even premiering. It must’ve slipped my mom’s mind.”

She then made the rounds roasting different family members. She wanted people to know she’s “much more than just a pretty face,” she beckoned, before adding, “I’m just so much more than that reference photo my sisters showed their plastic surgeons.”

Even her mom’s romantic interests — previous and current — weren’t spared. She’s proud that she isn’t a gold digger and said that, in fact, doesn’t know how to be one. “So I asked my mom’s boyfriend Corey [Gamble],” she quipped.

Kardashian also poked fun at her mom’s nomenclature tendencies. “Listen, I’m an influencer. I understand the things that I say carry weight. Remember, I’m a Kim, not a Karen,” she said, before commending (or should we say, kommending) Kris for having the foresight to steer clear of the name now synonymous with white entitlement despite her affinity for K-names. Unfortunately, her mom didn’t predict a certain name change. “I don’t know how she saw that coming and not Caitlyn [Jenner].” She came for Kris’ ex-spouse again, who lost her bid for governor, with the line, “No, I’m not running for president. We can’t have three failed politicians in one family.”

It was also a jab at her spouse, rapper Kanye West, who famously ran for president in the 2016 election. Though the two are currently going through a divorce, Kardashian continued with another West joke. “I’ve been very blessed in this life. I married the best rapper of all time,” she said, before listing off his other qualities like “talented, legit genius,” and “the richest Black man.” Then she went in for the kill: “So when I divorced him, it came down to just one thing. His personality.”

She ended her monologue by poking fun at the variety show itself. She’s “so used” to having her 360 million followers “watching [her] every move,” she said, so SNL’s 10 million viewership was a welcome change. “Tonight is a really chill night for me,” she quipped.

Prior to the show, KKW’s Twitter announcement that she’d be hosting caused quite a stir, dividing viewers on their stance on SNL’s host choice. But her performance surprised even her staunchest critics and they took to Twitter to commend her and the show’s writers.

Some, however, weren’t amused by the O. J. Simpson reference. When she mentioned her late father, Robert Kardashian, she made light of his involvement in his friend’s high-profile murder case. “A real passion of mine is getting wrongly accused people out of jail. I think I’m following in my father’s footsteps,” she said. “It’s because of him I met my first Black person.” She then continued by referencing details of the murder trial, asking, “Want to take a stab at who it was?” and “O. J. does leave a mark or none at all. I still don’t know.”

Still, some users were totally fine with the Simpson mentions, even pointing out that SNL had been making these jokes since the ’90s.

Of course, Kardashian’s digs at herself and her family continued with the rest of the sketches that night — including one in which she impersonates her sister Kourtney for the entire segment. Some of them, particularly Kris and sister Khloé, even showed up to join her.