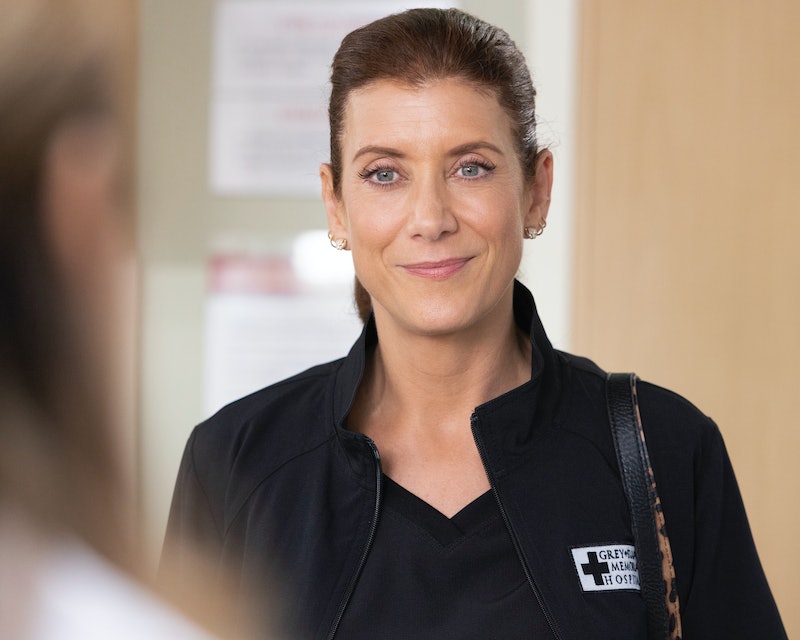 Grey’s Anatomy has said goodbye to countless characters over nearly two decades on the air, but not every exit is as permanent as a hospital bomb, plane crash, or car accident. Case in point? Kate Walsh’s return as Addison Montgomery during the latest two seasons of Grey’s Anatomy, nearly a decade after her Los Angeles-based spinoff, Private Practice, ended.

“When [showrunner] Krista Vernoff and I spoke about the possibility of me coming back for Season 19 ... we were both really excited to have the opportunity to explore everything that's going on in America with women’s health and reproductive rights and restrictions,” Walsh tells Bustle. “And how Addison could influence that, and how we could tell stories around that and hopefully really connect with people in the culture.”

During the first half of Grey’s Anatomy Season 19, Addison has been supporting the Grey Sloan surgeons with all aspects of reproductive health: from imparting sex ed wisdom to students to helping a woman with an ectopic pregnancy obtain a life-saving abortion. But is it all leading to something more — like, say, a Private Practice reboot?

Fans have been theorizing about a possible reboot since Shonda Rhimes expressed interest in the idea during an Oct. 25 interview. “I actually feel like we didn’t finish telling our stories on Private Practice,” she told Good Morning America, adding that it was a show with “endless possibility.” When asked if she might bring the show back, Rhimes joked, “I don’t know! Somebody tell us.”

Walsh tells Bustle she saw the clip, and it got her thinking. “I was like, oh! I feel like Shonda kind of threw down her hanky a little bit,” she says. “I’m like, are we going to pick it up? That cast and I — we’re all very close. We all have our little WhatsApp chain. And I think everybody would be thrilled to do something in that area. [Even if it’s] for a limited thing.”

The actor, who also stars in Emily in Paris, clarifies that “there’s nothing that has been planned,” but she seems as keen as fans to make something happen. “We just love working together,” she says. “And I was very grateful to have had that experience.”

It feels like a good time for Grey’s Anatomy to expand its franchise (the Grey Sloan Cinematic Universe, if you will), especially with all the changes that have happened to the show recently — from its new generation of interns to the exit of its longtime lead, Ellen Pompeo as Meredith Grey.

More like this
At 28, Debra Jo Rupp Was Living A Much Different '70s Show
By Grace Wehniainen
Ashton Kutcher Wants Danny Masterson “To Be Found Innocent” In Rape Retrial
By Jake Viswanath
At 28, Rosie Perez Risked Her Career To Stop Playing Stereotypes
By Gabrielle Bondi
Hilary Duff Is “Optimistic” About A 'Lizzie McGuire' Reboot
By Alyssa Lapid
Get Even More From Bustle — Sign Up For The Newsletter
From hair trends to relationship advice, our daily newsletter has everything you need to sound like a person who’s on TikTok, even if you aren’t.