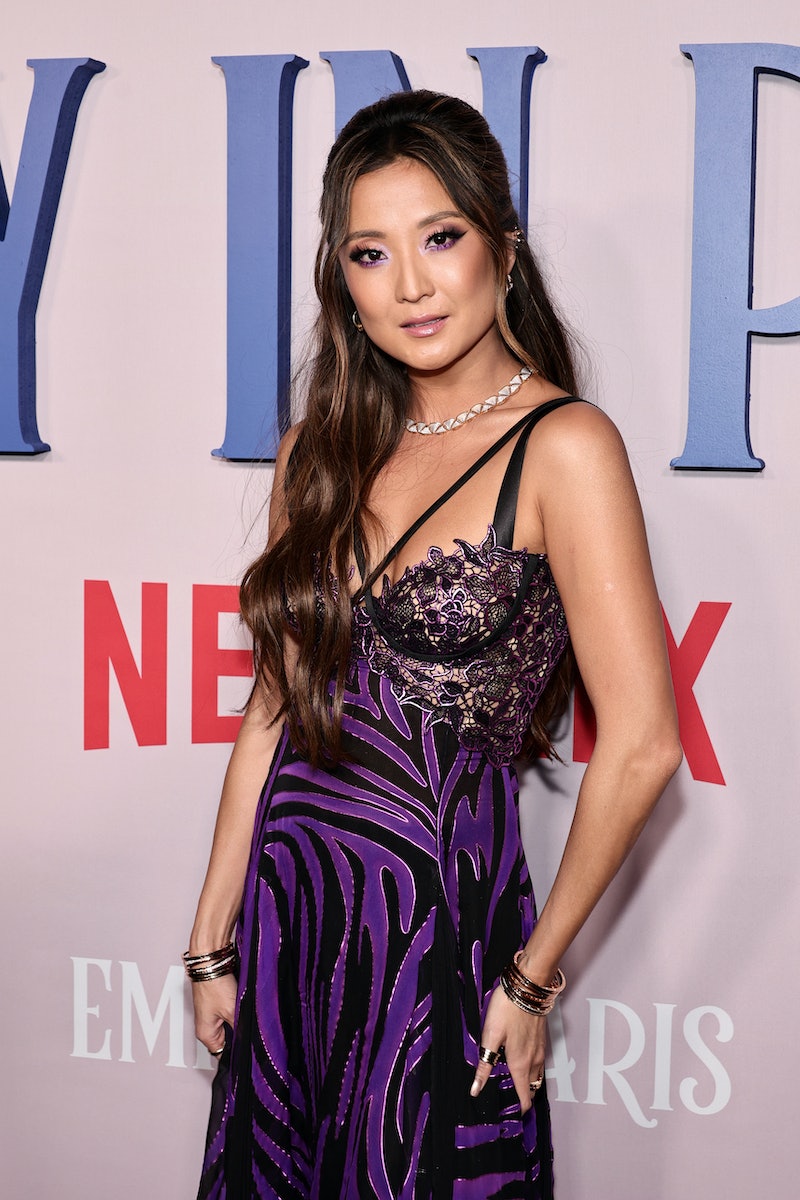 Pretty much everyone in Emily in Paris has a complicated (err, messy) love life — save for Mindy (Ashley Park). The former heiress’ love story with fellow busker Benoît (Kevin Dias) may have hit a bump in Season 2, but things are definitely looking up for them. Benoît even pens a romantic song for Mindy leading up to a passionate kiss during the finale. With Season 3 dropping on Dec. 21, you may be wondering who Ashley Park is dating in real life.

Though Park seems to be single at the moment, it turns out that Park and her Netflix character share a similarity when it comes to the romance department: they have the same taste in men. Like the crooner Mindy, Park has been linked to fellow musicians, some of whom she even worked with on Broadway. Though the typically private actor has never directly addressed murmurs about her relationship history, here’s a list of everyone she’s been rumored to date.

In 2019, Park was presumed to be in a relationship with West Side Story’s Benjamin Tyler Cook. The two worked together on the set of Mean Girls in 2017 in Washington D.C., and again when the show moved to Broadway in 2018. Park played Toaster Strudel's heiress Gretchen Wieners while Cook played Mathlete Tyler Kimble.

But it wasn’t until Park left the show in 2019 that fans started noticing that the two could be together. Though the two didn’t publicly confirm nor deny anything, they attended several red carpet events over the year and didn’t shy away from being touchy-feely in pictures. Park would even comment heart eye emojis on Cook’s Instagram. Their last red carpet appearance together was at the Tony Awards in June 2019 and the two no longer follow each other on Instagram.

Prior to cozying it up with Cook, the Girls5eva star was also briefly linked to Zach Adkins (Diana and Anastasia). The pair sparked dating rumors after attending a series of events together in late 2018. In November, she even posted about Adkins’ project on Twitter. She wrote, “Omg there’s two of them. So proud of @zachmadkins. Got to see the last hour of his final @AnastasiaBway matinee.” The two were last seen on the red carpet in December during the opening night of The Cher Show. They also no longer follow each other on social media.

Park was also rumored to be dating How to Get Away With Murder’s Conrad Ricamora. The two performed on Broadway’s The King & I in 2015 as star-crossed lovers. Park played Tuptim, set to be one of the King’s wives, while Ricamora played her secret lover Lun Tha. The two even shared a passionate kiss on stage.

Fans speculated that their on-screen chemistry translated off-stage, especially after photos of them at events, in Montauk, and at Disneyland together spurred the rumor mill. While the two never explicitly addressed the rumors, they did give an interview about their friendship and their scripted kiss.

“I’ve been asked too many times, “What’s it like kissing Conrad??” And my answer is always honestly, ‘I have no idea. That’s Tuptim kissing Lun Tha, not me or Conrad. It’s like I blackout as soon as we step into the story onstage,’” Park said in a June 2016 interview for Broadway Box. About their relationship, Ricamora shared, “She has slowly evolved into my closest confidant and friend.” Ricamora later quashed the rumors by going public with his partner in 2017.

More recently, a certain Reddit thread is also speculating that Park may have had a brief dalliance with Emily in Paris costar Lucas Bravo, who plays Gabriel. Reddit users noted that the pair had a close friendship during the first season, sharing photos of each other. Bravo even apparently visited Park in New York after the first season wrapped.

It’s likely it was just a friendship though since Bravo has a clear policy on dating costars. In October 2020, Bravo famously opened up about his stance. “Once you step on set, it’s a workplace, and I want to keep it professional,” he told Glamour. Though it’s unclear what happened to Park and Bravo’s friendship, Reddit users speculate that the two had a falling out since they no longer feature in each other’s social media and have stopped following each other.

If and when Park does date, it’s likely she’ll keep it on the down low.