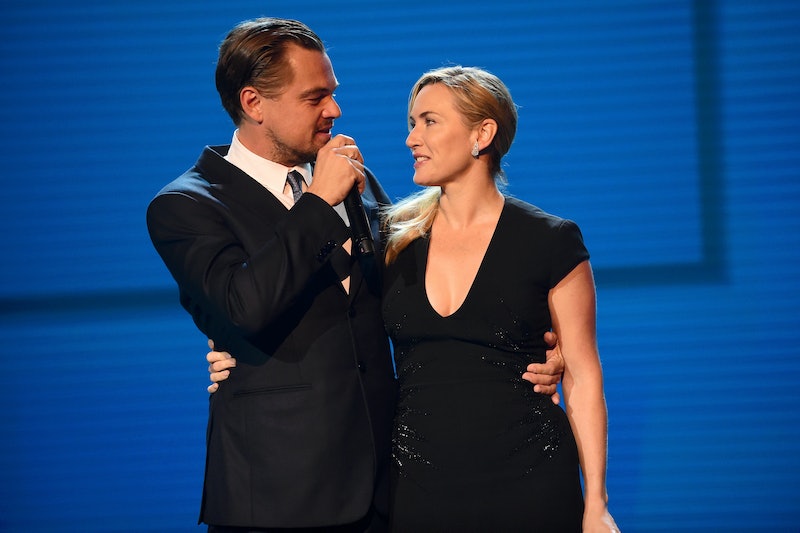 If you’re watching Love Actually this holiday season, you’ll hear Liam Neeson tell a pre-Queen’s Gambit Thomas Brodie-Sangster that Titanic is the cure to his middle-school romantic woes. “We need Kate. And we need Leo. And we need them now,” he says, before turning on the beloved film and sharing a king-of-the-world moment with his young stepson.

And even now, 24 years after Titanic first premiered, it’s still the gold standard for sweeping, tragic romance — but it didn’t just leave an impact on pop culture. It also made lifelong friends out of Kate Winslet and Leonardo DiCaprio. In addition to working together again on 2008’s Revolutionary Road (another heartbreaker, for very different reasons), they’ve remained in each other’s lives and have celebrated big career milestones together, like DiCaprio’s long-awaited Oscar win. And they make time to see each other outside of work, too. As Winslet told The Guardian in an interview posted Dec. 23, the pair’s latest reunion in Los Angeles followed three years apart — a wait that was extended due to COVID travel restrictions.

“I couldn’t stop crying,” Winslet said. “I’ve known him for half my life! ... He’s my friend, my really close friend. We’re bonded for life.”

Winslet also reflected on the time she and DiCaprio spent working on Titanic together. “I turned 21 on that shoot, and Leo turned 22,” she told writer Ryan Gilbey, who recalled interviewing DiCaprio at the time (and him complaining about the difficult shoot).

“It wasn’t pleasant for any of us, but we were all in it together,” Winslet said, laughing. “Though he had way more days off than I ever bloody did. I guess I was raised to be grateful and just get on with it. I didn’t feel it was my right to be miserable, and if I was miserable I certainly would not have let a journalist know.”

Having each collected a few awards since last working together — including Winslet’s recent Emmy win for Mare of Easttown — maybe it’s time the beloved duo collab again? Hopefully on a set that’s a little more pleasant than their first team-up.

More like this
12 Years Ago, Austin Butler Manifested His Oscar Nom In This Disney Movie Scene
By Jake Viswanath
Sandra Bullock’s Razzies Speech Proves She’s The Ultimate Miss Congeniality
By Sam Ramsden
Jennifer Coolidge Recites “Jenny From The Block” Beside J.Lo In Her First TikTok
By Jake Viswanath
At 28, Debra Jo Rupp Was Living A Much Different '70s Show
By Grace Wehniainen
Get Even More From Bustle — Sign Up For The Newsletter