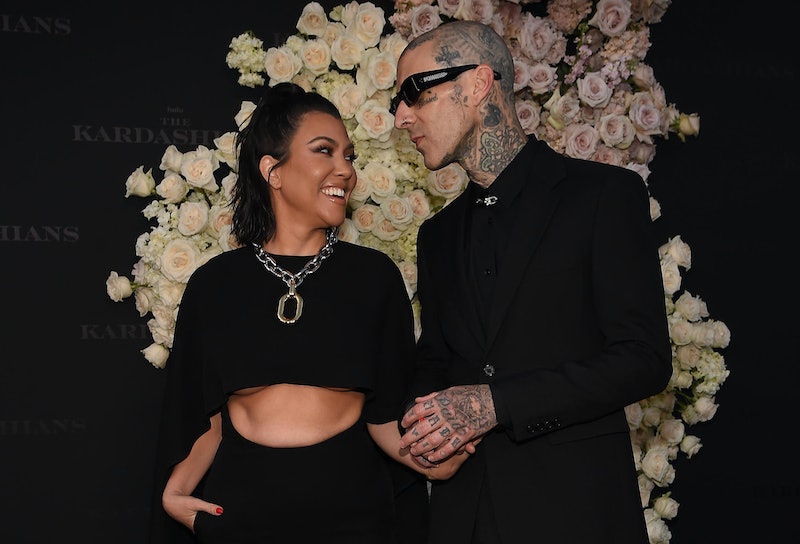 Nobody saw Kourtney Kardashian and Travis Barker’s romance coming ... except for one of her sisters. During a family interview with PEOPLE on April 11 to promote their new Hulu series The Kardashians, Kendall Jenner said she always knew her older sister Kourtney was meant to be with the Blink-182 drummer, thanks to the friendship they built for years before getting romantic.

“I have a secret psychic ability that nobody knows about and I knew it from very long ago,” Kendall said. “I always had a feeling and I would encourage her. Every day I’d be like, ‘Just do it, just try! Just try.’ ’Cause they were really good friends for so long. Just try, take it to the next level, what’s it going to hurt?” Kourtney corroborated her sister’s story, adding “Kendall, for years, would always say, ‘He’s so fire, he’s so fire!’ anytime we’d see him or he’d be with us.”

Sister Khloé Kardashian added that she and Kim would also discuss Kravis’ intense connection, but their relationship just needed a little time to grow. “It was perfect timing,” she said. “We were all like, ‘Come on, they’ve just got to hook up.’ And they did and they haven’t [stopped].”

Kourtney and Travis started dating sometime in late 2020, but their connection goes back years, as they were neighbors in Calabasas and got close with each other’s families, including Travis’ kids Alabama and Landon, his stepdaughter Atiana De La Hoya, and Kourtney’s children Mason, Penelope, and Reign Disick. “Kourtney’s like a dear friend,” the musician told PEOPLE in March 2019. “I mean, I love her to death. I love her family to death.” Given their foundation of friendship, it didn’t take long for them to get engaged, with Travis popping the question in October 2021.

Most recently, on April 4, the couple got married — kind of. Kourtney and Travis walked down the aisle at a Las Vegas chapel, with their ceremony being officiated by an Elvis Presley impersonator. However, they’re not officially husband and wife just yet, as they weren’t able to obtain a marriage license. “There was no possibility to get a marriage license at that hour,” Kourtney said on Jimmy Kimmel Live on April 6. “We asked like five times, ‘What do we have to do to make this happen?’ It was 2 a.m., and they were like, ‘It opens at 8 o’clock.’” They plan to hold more celebrations with family and friends to make it official, but in her heart, they’re already married. “We just did it anyways, it’s what’s in the heart,” she said.