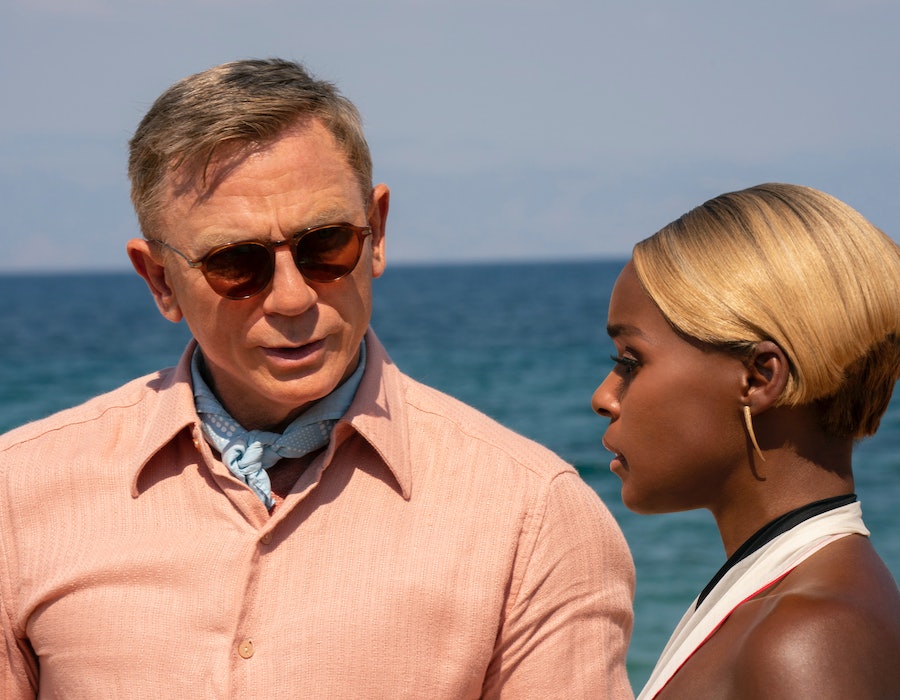 Benoit Blanc isn’t ready to retire. Glass Onion: A Knives Out Mystery may only start streaming on Netflix on Dec. 23 after a limited theatrical release the month prior, but a Knives Out 3 is already in the works. In March 2021, Netflix bought the rights to two more of director Rian Johnson’s critically acclaimed mysteries in a reported $450 million deal, after his original 2019 film grossed over $300 million at the box office and received an Oscar nomination.

Glass Onion has already been met with critical acclaim and Oscar buzz, specifically for Craig, Monaé, and the screenplay. In fact, Monaé plays such a pivotal role in this movie’s jaw-dropping twist that some think her story may not yet be over. The film has already received two Golden Globe nominations, including Best Motion Picture — Comedy or Musical, kicking off what’s sure to be an eventful awards season and only upping the ante for the third movie. Here’s everything you need to know about Knives Out 3.

The Knives Out 3 Potential Release Date

The premiere date for the third Knives Out film is currently unknown. According to its IMDb page, the movie will come out at some point in 2024. If accurate, fans won’t have to wait as long for this sequel as they did for Glass Onion. However, Johnson told Comicbook.com that he hasn’t even started to write the third movie yet, meaning the wait could be even longer. “I gotta figure out what the next Benoit Blanc mystery is, what it's called, where it's set, so I got a lot of work to do,” he said. “I don't wanna give myself a deadline yet, ‘cause I definitely won't meet it.”

However, producer Ram Bergman added that when Johnson gets an idea, it doesn’t take long to go from writing a script to shooting the movie. “From the moment he started really writing it, like, nine months later, a year later, we were filming,” he said of the process for Glass Onion. “So, the good thing [is], he is very motivated to go do the next one as quickly as possible. We'll see how fast he is, but this is gonna be a challenge.”

Who Is In The Knives Out 3 Cast?

As of Glass Onion’s release, the only confirmed casting for Knives Out 3 is Craig, who will reprise his role as detective Benoit Blanc. Given how the next film will focus on an entirely new mystery of Johnson’s creation, the people involved are likely to be different as well, leading to a brand new star-studded cast which has yet to be revealed. However, there are a couple characters in Glass Onion that could make a good case for their return — spoilers for Glass Onion ahead.

Some viewers have speculated that Monaé could reprise her role alongside Craig, given how her character slowly becomes Blanc’s crime solving partner, and Glass Onion’s final scene seems to suggest this may not be the last we see of her. Hugh Grant could also return as Blanc’s domestic partner after making his Knives Out debut in a brief cameo that indirectly sets the story into motion. However, much like how Knives Out star Chris Evans (and his sweater) didn’t come back for the sequel, don’t expect Hudson, Hahn, and other potential Glass Onion suspects to return.

What Do We Know About The Knives Out 3 Plot?

Plot details about Knives Out 3 are currently unknown — literally, because Johnson hasn’t begun to write the script. But given the pattern of the first two films, the sequel will likely focus on an entirely new mystery that Blanc finds himself in the middle of. If the two Knives Out films are any indication, three things are guaranteed: death, blood (real and/or fake), and Benoit Blanc seamlessly solving the mystery faster than you can make your morning coffee.

This post will be updated as more details about Knives Out 3 become available.

More like this
Here’s Everything Coming To & Leaving Netflix In February
By Jake Viswanath
Pamela Anderson’s Dating & Marriage History Could Be Its Own TV Series
By Jake Viswanath
Everything To Know About 'The Real Housewives Ultimate Girls Trip' Season 4
By Jake Viswanath
Ashton Kutcher Wants Danny Masterson “To Be Found Innocent” In Rape Retrial
By Jake Viswanath
Get Even More From Bustle — Sign Up For The Newsletter
From hair trends to relationship advice, our daily newsletter has everything you need to sound like a person who’s on TikTok, even if you aren’t.