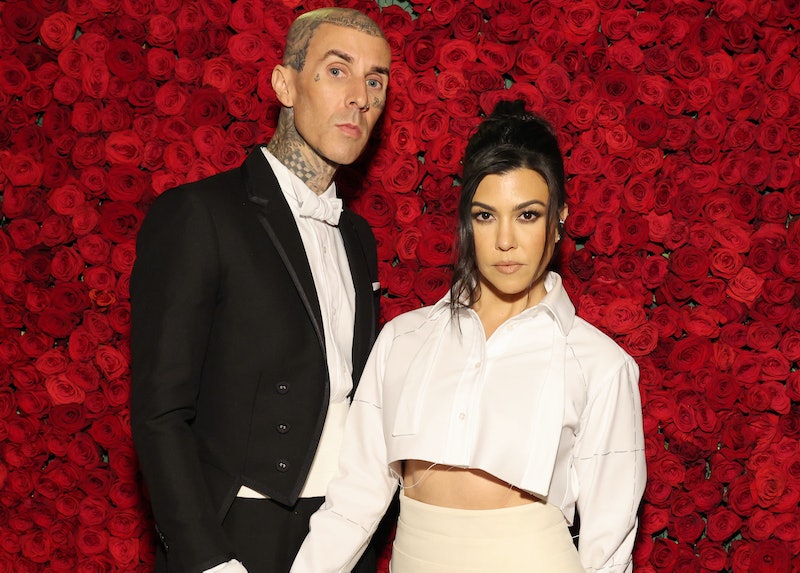 Kim Kardashian once got married on TV, and Khloé did, too. But this is 2022, and instead of making fans wait for an expertly produced wedding episode of Hulu’s The Kardashians, Kourtney Kardashian and Travis Barker opted to give fans a first look at their second wedding outfits via Instagram photos and a surprise TikTok Live cameo. The couple tied the knot for the second time on May 15 at a Santa Barbara courthouse, since their Las Vegas wedding was “practice” and didn’t involve a marriage license. “They had to legally get married first ahead of their big Italian wedding, which is happening very soon,” a source told People.

After the wedding, Kardashian and Barker drove off in a convertible — with the requisite “Just Married” sign and tin cans on the bumper — and soon arrived at Barker’s home, where they promptly crashed Alabama Barker’s TikTok Live. In a clip first captured by Twitter user @ohitsjudi, the 16-year-old tells her dad and stepmom that they’re “really dressed up.”

Kardashian asks if Alabama likes the groom’s “priest outfit,” referring to the all-black tux’s collar. After the teen gets back to doing her makeup, she turns around and is surprised that the couple is still hanging out in her room. “Oh, they’re still in here,” she says, laughing, as Kravis embraces each other in the corner. “We want to watch you do your makeup,” Kardashian quips.

Several commenters noticed the hilarious dynamic on display in the video. “She seems like she wants them out of her room 😂 normal teenager. Love it,” wrote one user, while another was happy to see that “Alabama and Kourt sound like they are friends.”

Kardashian also tells Alabama that she almost considered asking her to do her makeup for the day. “I would have,” Alabama says.

The newlyweds also shared photos from the big day on their respective Instagram accounts — with each gallery captioned, “Till death do us part.”