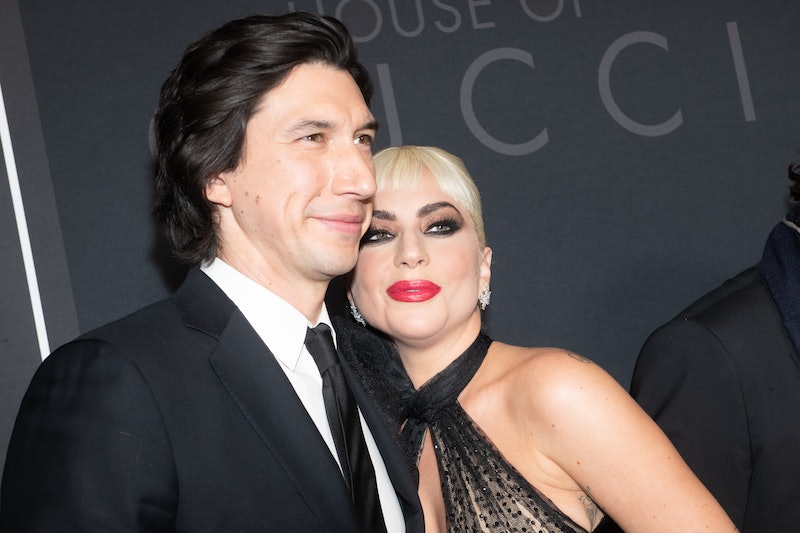 House of Gucci hasn’t even come out yet, but the film is already doing so much good for the world — that good, of course, being the inspired celebrity friendship that is Adam Driver and Lady Gaga’s. From its stars’ playful poses on the red carpet to their fist-bumping over their sex-scene prowess, the crime drama’s press cycle is already living up to the meme-worthy heights Gaga established in her A Star Is Born era (“There can be 100 people in the room...”).

The latest installment in the budding friendship? A sweet TikTok message from Gaga, celebrating Driver’s 38th birthday on Nov. 19 — and it’s only her third video on the platform, so it’s a very big deal! The TikTok, captioned “Here’s your birthday card, you big nerd,” begins with a clip of the pair on The Graham Norton Show, in which Gaga praises her co-star. “I do wish to express gratitude to my fellow actor that I was on stage with every day,” she says, leading Driver to politely demur before accepting the compliment. Then comes a collection of footage from the actors’ House of Gucci promotional run, set to — what else? — John Williams’ Star Wars theme music.

The video ends with a snap of Gaga holding an ad for Burberry’s Hero cologne, which famously features a shirtless Driver. (“I do feel excited that the images we made match the emotion they were going for: it’s subtle but has a strength,” the multi-Oscar nominee recently told W Magazine of the sultry shoot.)

The birthday love continued on Instagram, where Gaga shared a behind-the-scenes shot from House of Gucci. “Me and my buddy Adam Driver,” Gaga captioned the post. “Happy Birthday to someone I feel so proud to know. ... I hope you have the best day, I’m the lucky actress who got to learn from you and lead with you every day.”

Gaga concluded her birthday tribute with a nod to Driver’s passionate fan base — many of whom have dubbed themselves “rats” in reference to his old Law and Order guest spot. “Shoutout to all your fans! I know why they adore you, it’s cuz you’re the best! 🇮🇹🎈🍝 (and you’re a weirdo like me 🤓).”

Here’s to many more friendship moments from the beloved weirdos.