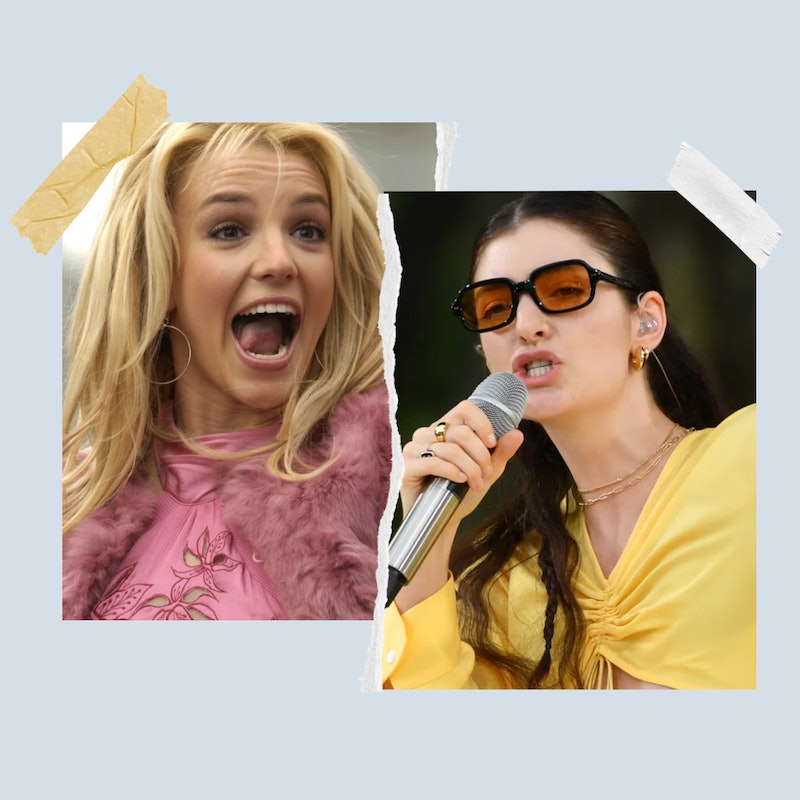 It’s been a few years since Britney Spears has released new music, but her hits are still as relevant as ever, inspiring younger audiences and the newer crop of critically adored pop stars. Lorde has just solidified herself as a fan of the Princess of Pop by putting her own spin on one of the most underrated singles in Spears’ discography: the 2007 dance hit “Break The Ice.”

Vogue posted a new music video on Sept. 8 starring Lorde, who opens the clip by singing the first minute or so of Spears’ “Break The Ice.” Unlike the original, which was created specifically for the dance floor, the New Zealand-based singer-songwriter strips things down to the bare bones, focusing on the lyrics. Wearing a red midriff-baring outfit, which is typical Lorde style, the “Royals” superstar vibes to the track, which appears to be blaring from an old-school boombox. Vogue describes the performance as “stripped-down and borderline cottagecore in its execution,” which makes sense for Lorde yet includes many words nobody would normally connect to Spears.

Halfway through the clip, “Break The Ice” stops and Lorde transitions into “Fallen Fruit,” one of the songs featured on her new album Solar Power. She performs her own cut similarly, and the directing style doesn’t change either, with the camera circling the two-time Grammy winner as she sings aloud in the New York Botanical Garden in the Bronx.

“Break The Ice” served as the third and final single from Spears’ fifth album Blackout. Released on that 2007 album, the tune was a fan favorite, but it wasn’t a major hit on the charts, peaking at No. 43 on the Hot 100 but reaching No. 1 on the smaller Dance Club Songs chart. Co-written by Danja, Jim Beanz, Marcella Araica, and musician Keri Hilson, the track underperformed due in part to Spears doing much promotion, as she was facing difficulties in her life at the time. In fact, a remix featuring rapper Fabolous was set to be featured in a music video, but Spears wasn’t up to filming it. Instead, an animated clip for the album version of the song was produced, which is the only treatment fans have seen.

Blackout is largely regarded as Spears’ best album and also as a criminally overlooked release in pop music history. The title was her first to fail to hit No. 1 on the Billboard 200, as it stalled at No. 2, though it did produce the hit singles “Gimme More” and “Piece of Me.” The project was still a commercial success, though it wasn’t as massive as her previous efforts. Since its release, critics have reevaluated Blackout, with many citing it as a highly-influential release, as it inspired many performers for years to come. In 2020, Rolling Stone released its updated list of the 500 greatest albums of all time, placing the set at No. 441, making Spears’ first time appearing on the ranking.

More like this
Britney Spears Shares Unknown Details Of Conservatorship In New Voice Notes
By El Hunt
Everything To Know About Taylor Swift’s 10th Studio Album, 'Midnights'
By Grace Wehniainen and Jake Viswanath
What Demi Lovato Really Thinks About Child Stardom, Depression, & Sobriety
By Radhika Menon
Kanye West Apologizes To Kim K "For Any Stress I Have Caused" In Rare Interview
By Jake Viswanath
Get Even More From Bustle — Sign Up For The Newsletter