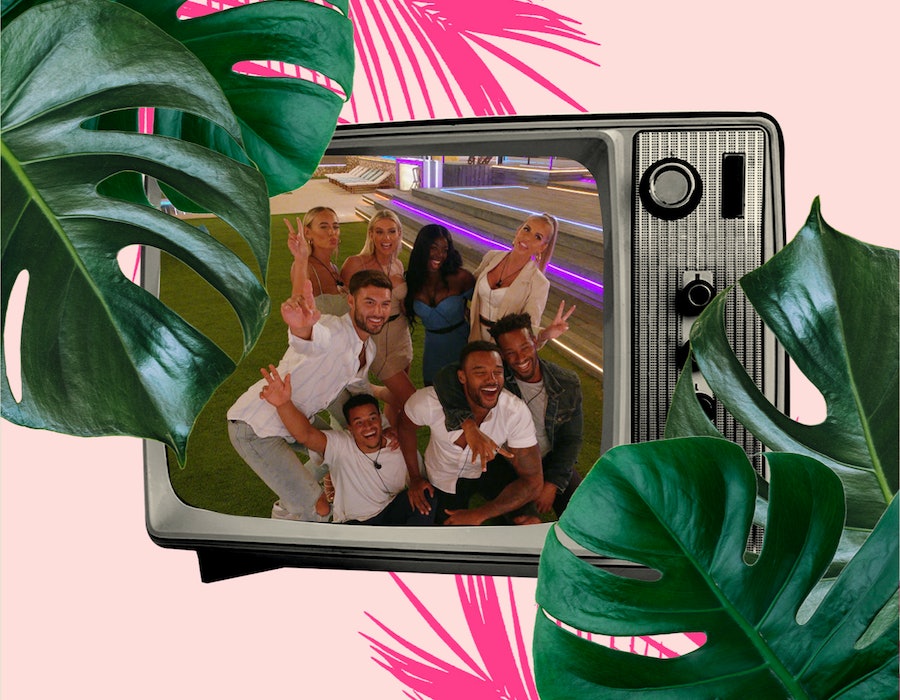 So, Love Island finally ended this week, and what a week it was. First of all, let’s just take a moment to reflect on how far we’ve come in eight weeks. Remember Faye and Brad? Or Faye and Liam? Or Kaz and Toby? Or Chuggs? Whether you’re going to miss this season or you’re happy to see the back of it, there’s no denying that Love Island 2021 has taken us on a real journey.

The final week of season seven will go down in history thanks to one islander: Liberty Amor Poole. Last week, I wrote that the most dignified option for Liberty in the breakdown of her relationship with Jake would be to dump him, walk out of the villa, and make Love Island history by putting herself first. In doing exactly that, she won more than £50k could ever bring – the respect and admiration of a nation, who she’s inspired to never settle for less. Liberty’s journey to self-love was one of the most genuinely beautiful story arcs this season, as was the love that she found in her friendships. Unrequited love, particularly at Liberty’s age, is one of the most difficult realities to process. But, while it was difficult to watch Liberty become the last person to realise the imbalance of her relationship with Jake, her epiphany was made more satisfying by the fact that it wasn’t triggered by distress or embarrassment, but by a genuine realisation that she deserved better and was worth more.

Liberty’s journey to self-love was one of the most genuinely beautiful story arcs this season.

Certainly, we may all have misinterpreted Jake. There’s a difficulty in appearing authentic on television if you’re someone whose communication doesn’t naturally lean towards emotional declarations or cute moments. So, Jake’s reaction to the break up, and his storyline this season, need not be cast as villainous or malicious. But that said, his response to Liberty ending the relationship was truly the stuff of nightmares – with no attempts to reassure her or fight for their pairing, and a somewhat baffling claim to the boys that the decision was made mutually.

In the context of a show that rewards romantic performance and coupling longevity, it’s difficult to have ever imagined that the OG day one couple – where neither strayed, and for the majority were the only boyfriend and girlfriend in the villa – would consciously walk out days before the final. The Liberty and Jake formula means they were typically the producers choice, like Dani and Jack, Molly-Mae and Tommy, and Paige and Finn in previous seasons. So, when the couple with the most obvious trajectory to a high-ranking final position stepped aside, it made the actual final a little less predictable, and a little more interesting.

So, let’s get to the final couples: Chloe and Toby, Kaz and Tyler, Millie and Liam, Faye and Teddy. At the beginning of the week, none of them were boyfriend and girlfriend, but over the course of the final episodes, Teddy and Faye became official, Toby stole the speeches by asking Chloe to be his girlfriend, and Liam rather awkwardly asked Millie on the couch in front of Laura Whitmore, as if the voting was still open. As all the islanders pre-dated Casa Amor, none of their final speeches felt forced or overblown, and while it took a while for them to move beyond the ‘exclusive’ elephant in the room – a category which, while totally appropriate in the real world, isn’t the kind of romantic level that satisfies a Love Island audience – they got there in the end.

Kaz & Tyler’s placement was still a reminder of the double standards affecting them and how their struggle to win audience approval has been harder than it was for many other couples.

That is, apart from our only non-official couple, Kaz and Tyler. There was a palpable tension on my social media timelines when their fourth placing was announced. First of all, I should say that despite not coming top three, it was refreshing to finally see a Black couple, containing one of the OG Black women, make the final four. But, the placement was still a reminder of the double standards affecting Kaz and Tyler, and how their struggle to win audience approval has been harder than it was for many other couples. The spectre of Casa Amor still hangs over them. But, why is Tyler, who had only known Kaz for four days at the time, held to a higher standard than Liam or Toby, both of whom strayed also? Either way, the pair certainly gave us the best family reunion moment – with Tyler’s dad stealing the entire season commenting that Kaz was clear of any girl in Casa Amor. If he’s ready to start charging for entry to his BBQs, we’ll all be there with a wallet and a plate.

Faye and Teddy in third place felt a little like a kick in the teeth. While I’m not part of the anti-Feddy agenda, I do have a complicated opinion of them. My overwhelming thought these past few weeks have been the duty of care towards Faye, who will have to weather the public perception of her and the nation’s condemnation of her behaviour towards Teddy. Considering the escalating Ofcom complaints, and this being without doubt the most divisive couple this series, I do worry about the false sense of security third place might give them in terms of public perception. That said, I would also remind readers that, no matter your opinions on the show, it has now ended, so it’s best to move on and let cooler heads prevail.

On to the final two couples. Well done Milliam, you won, enjoy the money etc. Yes, they genuinely seem to “love” each other, but I think they gave us very little this season. Perhaps that’s harsh – for a while I was quite into Millie’s fashion looks, their intense sexual chemistry, and light banter. But, beyond the Casa Amor fallout that made the country rally behind Millie, their sympathy story arc presented no other real challenges. Liam just had to wait around, harassing her with spoken word poetry and notes under her pillow, until she got bored and gave in. No male bombshell was brought in as direct competition, which would’ve given Millie some kind of choice and kept Liam on his toes – or even had him sent packing in a re-coupling. So, we were left with a boring and predictable conclusion.

I wish Chloe & Toby a long partnership, and hopefully a spin-off show – the nation is not done with this chaotic pairing.

For me, Chloe and Toby were the real winners this year. A few weeks ago, their position was absolutely unthinkable, I was determined to see the back of both of them. Now, they are easily two of my most loved in all the series.

Let’s be real, in reality television, there is nothing we love more than a redemption storyline, and for contestants to prove us wrong. Not only did Chloe and Toby give us that, they also provided the funniest moments this season – without any close competition. The producers missed a trick by not making their final date a bouncy castle or Legoland, but the childish playfulness the couple have come to represent has won over the nation. Despite their rocky trajectory, they managed to become one of the most emotionally convincing couples we’ve seen on this show in a while. This is one couple I’ll definitely keep an eye on during the post-Love Island circuit. I wish them a long partnership, and hopefully a spin-off show – the nation is not done with this chaotic pairing.