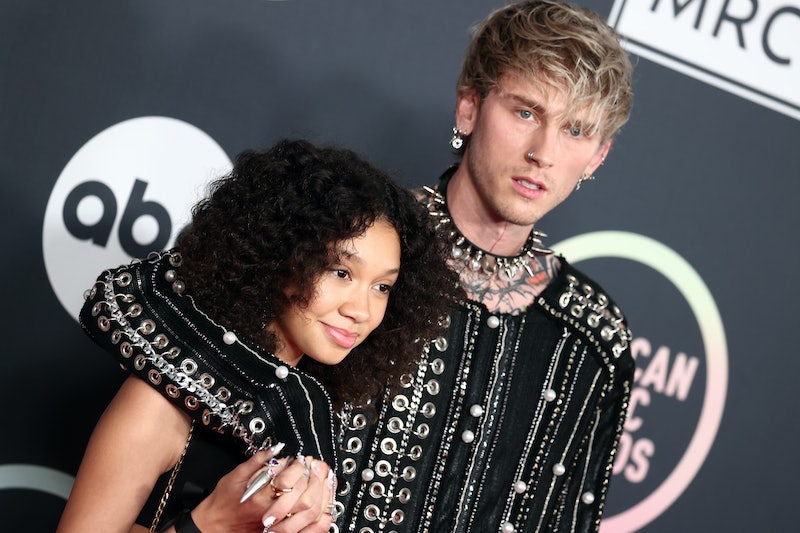 If you’ve been following Machine Gun Kelly for a while, you probably know the “Emo Girl” singer has an extremely close relationship with his daughter, Casie Colson Baker — a 12-year-old who even serves as a go-to adviser for her dad’s music. “I trust her opinion more than I trust my own now,” MGK told Kelly Clarkson last year. “She has her finger on her pulse of like, what’s hot. Or like, if I’m doing a song, and it’s the right one ... she’ll confirm it.” He also acknowledged that she’ll let him know when a song just isn’t cutting it, too: “She goes, you thought you ate that?”

Now, apparently, Casie, whose mom is Kelly’s ex-girlfriend Emma Cannon, has gone from consultant to full-on collaborator. In a July 7 video posted to MGK’s Instagram, the father and daughter can be seen singing and dancing along to Jay-Z’s verse in Beyoncé’s 2003 classic “Crazy in Love.”

“Parenting,” MGK captioned the short clip. Despite the song being released well before Casie was even born, the preteen proved that she could more than hold her own in the impromptu outdoor duet.

It’s actually not the first time Casie has performed with her dad — well, sort of. As PopSugar points out, she also featured on 2022’s “Wall of Fame (Interlude),” where she can be heard talking to her dad in a small snippet alongside MGK’s noted bestie, Pete Davidson.

MGK and Casie’s duet comes two weeks after the release of the musician’s Hulu documentary, Life in Pink, which included a closer look at the pair’s relationship. “She just has this walk — it’s this pure, like, bounce,” MGK says in the doc. “She’s so excited for life. Like, I will take any amount of torture that would come her way, if it can just be on me, so that she can keep that forever. It’s worth living for.”

Life in Pink also touched on MGK’s attempts to balance fatherhood and mainstream musical stardom — and if his final comments in the special are any indication, you can expect more adorable father-daughter moments like their Beyoncé duet to come. “The most important thing — and I forget this a lot of times — is, it’s about memories that you create with them,” he says. “I can’t waste any more of those times, ’cause now she needs me and I need to be able to help her blossom into the person she’s going to become. ... I want to be her No. 1 supporter. I want to be the person in the crowd for her, like, cheering for her on the sidelines. That’s the next big thing for me. That’s my next No. 1 album.”