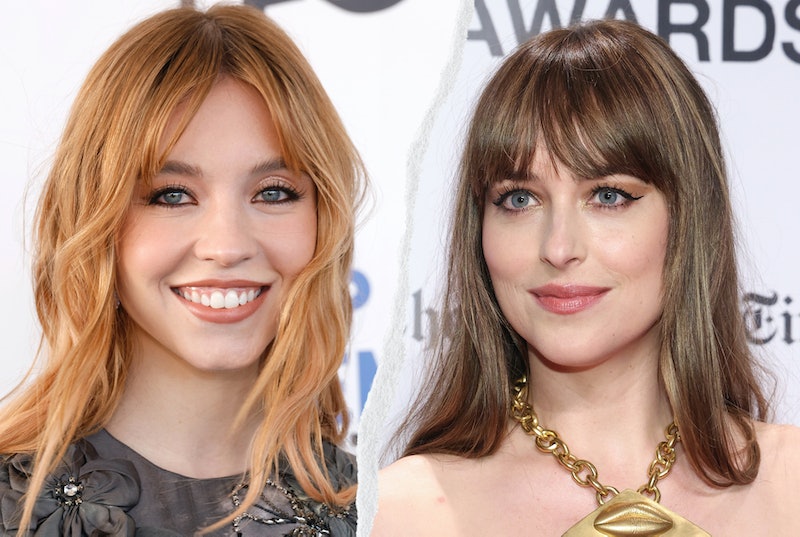 If you’re missing Peter Parker after the events of No Way Home, there’s a silver (web) lining: Another Spidey-adjacent project is on the way. This one won’t star Tom Holland, but it will give you something to look forward to while you wait for more Marvel Cinematic Universe Spider-Man movies. (Plus, it might introduce one of your new favorite, hidden-gem Marvel characters.) Following in the footsteps of Sony Spider-Man Universe titles like Venom: Let There Be Carnage and Morbius, get ready to watch Madame Web.

Based on a mysterious character first introduced in 1980, Madame Web is one of several female-focused Spidey-related films on the way from Sony — Olivia Wilde is directing another. But first, here’s everything you should know about the Madam Web cast, plot, and potential release date so far.

Until Sony releases an official synopsis for the Madame Web movie, it’s worth getting to know the titular character. Even Marvel acknowledges that “not much is known about the ‘Creepy Clairvoyant,’” a nickname that stems from Madame Web’s chief power: precognition.

Yes, Cassandra Webb — like the Cassandra from Greek mythology — can see into the future, making her an important friend to Spider-Man as she can “warn Parker of possible outcomes to his decisions and the lasting ramifications that might result.” Hey, where was she when Peter botched a universe-altering spell to, uh, get his friends into college? (No, really, where?!)

The medium’s web-like chair serves as an “elaborate life support system,” which helps keep her alivein the face of the effects of an autoimmune disorder, myasthenia gravis. She’s a blind, elderly woman, but based on recent casting announcements, there’s reason to believe Sony is exploring a different version of Madame Web.

So far, Deadline has announced that Dakota Johnson and Sydney Sweeney will star in Madame Web (each actor confirmed on social media with a spider web emoji). It’s not clear which roles they’ll play, but there’s some room to speculate. Even though Madame Web is an older woman, she is restored to youth (and made immortal) in a ritual named the Gathering of Five.

There’s another comics storyline in which Madame Web’s granddaughter, Charlotte (yes, like the book), becomes a villainous Spider-Woman who must be stopped by Cassandra and a team of women web-slingers. So there’s definitely room for both Johnson and Sweeney to play either of these important roles. S.J. Clarkson will direct, and she’s no stranger to Marvel, having worked on both Jessica Jones and The Defenders.

As for whether or not you’ll see any other familiar Spidey-related faces in Madame Web, no one knows for sure yet. But if you’re an optimist, there’s always room for a Madame Web post-credits scene that ties the new character to, say, Holland’s Peter Parker — after all, he could use some guidance now that he’s once again mentor-less. Plus, there’s precedent: Venom: Let There Be Carnage directly tied into the events of No Way Home, and Tom Hardy’s Eddie Brock even made an appearance in the latter film’s post-credits scene.

There’s no trailer or release date for Madame Web yet, but there are a few tentative dates you might want to mark on your calendar. According to Slash Film, there are two “Untitled Sony/Marvel Universe” films on Sony’s release schedule for 2023 — on June 23 and Oct. 6, to be exact. Here’s hoping one of them is Madame Web so we can finally meet this mysterious Marvel character (and, perhaps, glean a look into Spidey’s future).

This post will be updated with the trailer, release date, and additional plot details as more information on Madame Web becomes available.

More like this
Chris Hemsworth Joked That Baring His Butt In ‘Thor: Love And Thunder’ Was A “Dream”
By Brad Witter
Everything You Need To Know About The 'Knives Out' Sequel
By Grace Wehniainen
Everything To Know About 'The Hunger Games' Prequel Movie
By Grace Wehniainen and Radhika Menon
The 'Hocus Pocus' Sequel Finally Has A Release Date & It Makes Total Sense
By Shannon Barbour and Radhika Menon
Get Even More From Bustle — Sign Up For The Newsletter