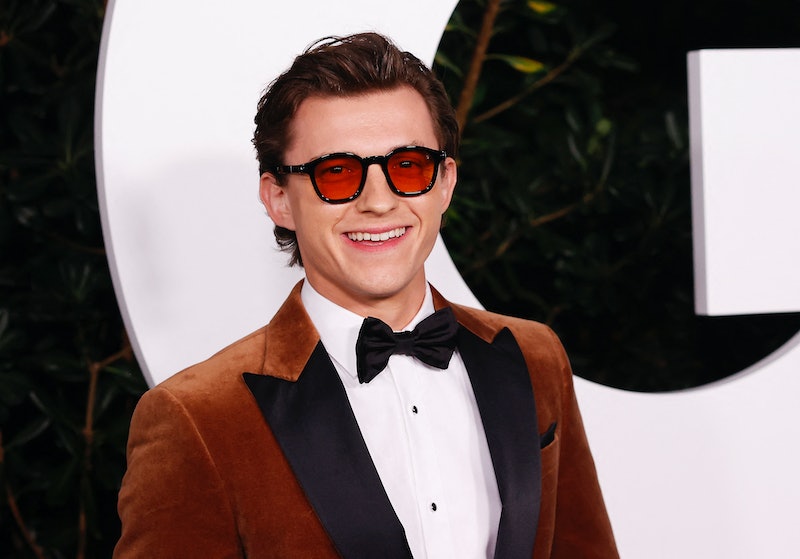 That radioactive spider may have bitten multiple actors (Toby Maguire and Andrew Garfield) onscreen in its lifetime, but it’s Tom Holland’s take on the unassuming web-slinger from Queens that will last. At least for a few more movies. Spider-Man: No Way Home may be marking the end of Holland’s Homecoming trilogy but definitely not his reign as Spider-Man.

In the latest Spider-Man installment, out on Dec. 17, Peter Parker navigates life after his secret identity is exposed — not to mention as a barrage of villains and magical beings descend upon New York. Zendaya and JK Simmons reprise their roles, while Benedict Cumberbatch joins the cast as Doctor Strange. Jamie Foxx and Alfred Molina also reappear as the villains Electro and Doc Ock after their last appearance in 2004’s Spider-Man 2.

Speaking to Fandango on Nov. 29, No Way Home producer Amy Pascal confirmed that Holland would indeed be donning his Spidey suit again in the future. Though she acknowledged that the film is “the culmination” of the Homecoming trilogy and of “the story of Tom Holland becoming the Spider-Man that we’ve all been waiting for him to be,” she also reiterated that it’s “not the last.”

Pascal even added that they’re “getting ready” to make the next movie with Holland and Marvel. “We're thinking of this as three films, and now we're going to go onto the next three. This is not the last of our MCU movies.” Another three solo Tom Holland, err, Spider-Man films? Yes, please.

Pascal has been involved with the Spider-Man franchise for the last 20 years and has witnessed different actors don the suits. When asked what Holland brings to the role specifically, she replied that Holland is “singular,” adding that he “embodied everything about Peter Parker that everybody was looking for. He's funny and charming and... a fantastic athlete and a wonderful actor, and he has such humanity.”

It’s great news for Holland, who gave an interview with Entertainment Weekly last Oct. 14, saying he cried over the film’s last day of shooting. He seemed unaware of his future in the franchise at the time, though that’s not surprising — he’s notorious for spilling MCU secrets, so maybe he wasn’t told any this time. He told the outlet, “We were all treating [No Way Home] as the end of a franchise.” Referencing his final scene with Zendaya and Jacob Batalon, he added, “I don’t think I’ve cried like that ever.”

On the prospects of another run as Peter, Holland promised that if they’re ever “lucky enough” to reprise their roles, fans will be seeing a very different version. “Whether that happens or not, I don't know.”

Wipe those tears, Tom. You’ve got some buildings to swing from.

More like this
Chris Hemsworth Joked That Baring His Butt In ‘Thor: Love And Thunder’ Was A “Dream”
By Brad Witter
Everything You Need To Know About The 'Knives Out' Sequel
By Grace Wehniainen
Everything To Know About 'Scream 6'
By Jack Irvin and Jake Viswanath
The 'Ms. Marvel' Review Bombing Controversy, Explained
By Radhika Menon
Get Even More From Bustle — Sign Up For The Newsletter