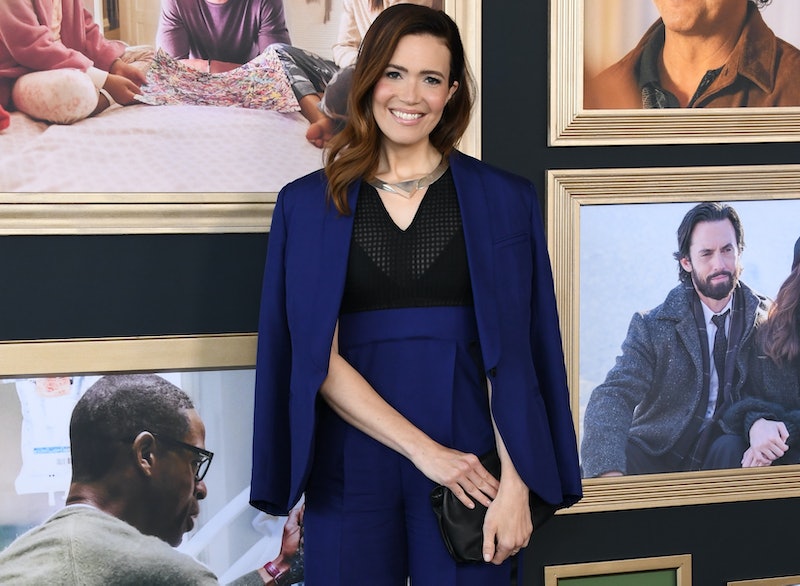 For six years, Mandy Moore has entered the homes of millions of fans of NBC’s This Is Us, which just concluded its sixth and final season on May 24. The drama series was a runaway hit from the moment it premiered in 2016, and it made many of its cast members into stars. For Moore, This Is Us earned her an Emmy nomination and helped pad her net worth with some sizable paychecks.

Now that This Is Us has ended, it’s a good time to look back at not only how much Moore made from the show, but also what she’s done throughout her career to amass her enviable net worth.

4 Ways Mandy Moore Has Made Millions

Moore began her career in the entertainment industry as a singer, and she released her first single (“Candy”) and album (So Real) when she was 15 years old. She started her time in the spotlight as a pop musician signed to a major label, but she eventually left that mainstream music world behind and has since continued producing indie art that isn’t as focused on commercial success.

Throughout her music career, Moore has placed eight projects on the Billboard 200 albums chart, with half a dozen reaching the top 40. Two of her singles have hit the Hot 100, with only one, “I Wanna Be With You,” finding its way into the top 40 (though her debut single “Candy” only missed that mark by one spot). According to the RIAA (Recording Industry Association of America), she has moved two million albums and 1.5 million singles in the U.S.

Moore is embarking on a summer tour, which will make her even more money.

After her first several albums, Moore gained more creative control over her output, and she began writing more of her own songs. That typically means that artists will make more money when those releases sell, are played on the radio, or are streamed. Her YouTube account has racked up 137 million views, and on Spotify, she has nearly four million monthly listeners.

While music may have been what launched Moore into superstardom, it looks like acting is responsible for much of her wealth. After finding success as a pop star, she jumped into the film and TV fields, and she has appeared in popular movies like The Princess Diaries, A Walk to Remember, Chasing Liberty, Saved!, License to Wed, Because I Said So, 47 Meters Down, Midway, and the animated pictures Tangled, Tangled Ever After, and Ralph Breaks the Internet, which all saw her vocally portray Princess Rapunzel. On TV, Moore scored recurring roles on shows like Entourage, Scrubs, Grey’s Anatomy, and Red Band Society, as well as animated programs such as Tron: Uprising, High School USA!, and Sheriff Callie’s Wild West. What she was paid for any of those series or films was never made public, but they did keep her working steadily for many years.

Moore has been a part of This Is Us since it debuted in 2016, and she has benefited from the program’s success with viewers and critics alike. When she started with the show, she was reportedly earning around $85,000 per episode, according to Yahoo, which may have made her the top earner on the title, as she was one of the most famous faces going into the venture.

Once it became clear that This Is Us was a hit, Moore and the rest of the cast renegotiated their contracts to continue, and she enjoyed a sizable pay bump. From Season 2 until the end of the show’s run in 2022, she and some co-stars were paid $250,000 per episode, according to Deadline. They attempted to negotiate collectively for more money for the final season, but instead, the network paid them each a $2 million cash bonus as they wrapped filming, The Wrap reported.

Moore began appearing in ads and commercials when she was still a teenager, and she has continued to partner with brands from time to time, though what she’s earned from these deals has never been shared. She has been seen in spots and has taken part in programs led by firms such as Campbell’s Soup, Garnier, Lumenis, Merck, Neutrogena, and Penshoppe.

Throughout her 20-plus years as a celebrity, Moore has only launched one business, at least that she has been the public face of. In 2005, she debuted her first clothing line Mblem, which offered young people a variety of items like knitwear and T-shirts. The company shuttered in 2008, though it may not be the end for her business ventures, as the star told WWD at the time, “If I were to dip my toe back in there, it would have to be the right situation … a great partnership that could represent a true reflection of me and my ideas and you know that wasn’t happening.” No reports appear to have been published regarding how well the fashion line sold or what Moore earned for her work with the brand during its years in operation.

What Is Mandy Moore’s Net Worth?

Moore is currently worth an estimated $14 million, according to Celebrity Net Worth.

More like this
Which RHODubai Housewife Has The Biggest Net Worth?
By Hugh McIntyre
Charlotte Tilbury Muse Phoebe Dynevor Triples Her Income In One Year
By Catharina Cheung
Twitter’s Reaction To HBO’s ‘Game Of Thrones’ Jon Snow Spinoff Idea Is Chaotic
By Stephanie Topacio Long
‘Bridgerton’ Stars Nicola Coughlan & Luke Newton Got Polin Fans In A Tizzy
By Stephanie Topacio Long
Get Even More From Bustle — Sign Up For The Newsletter