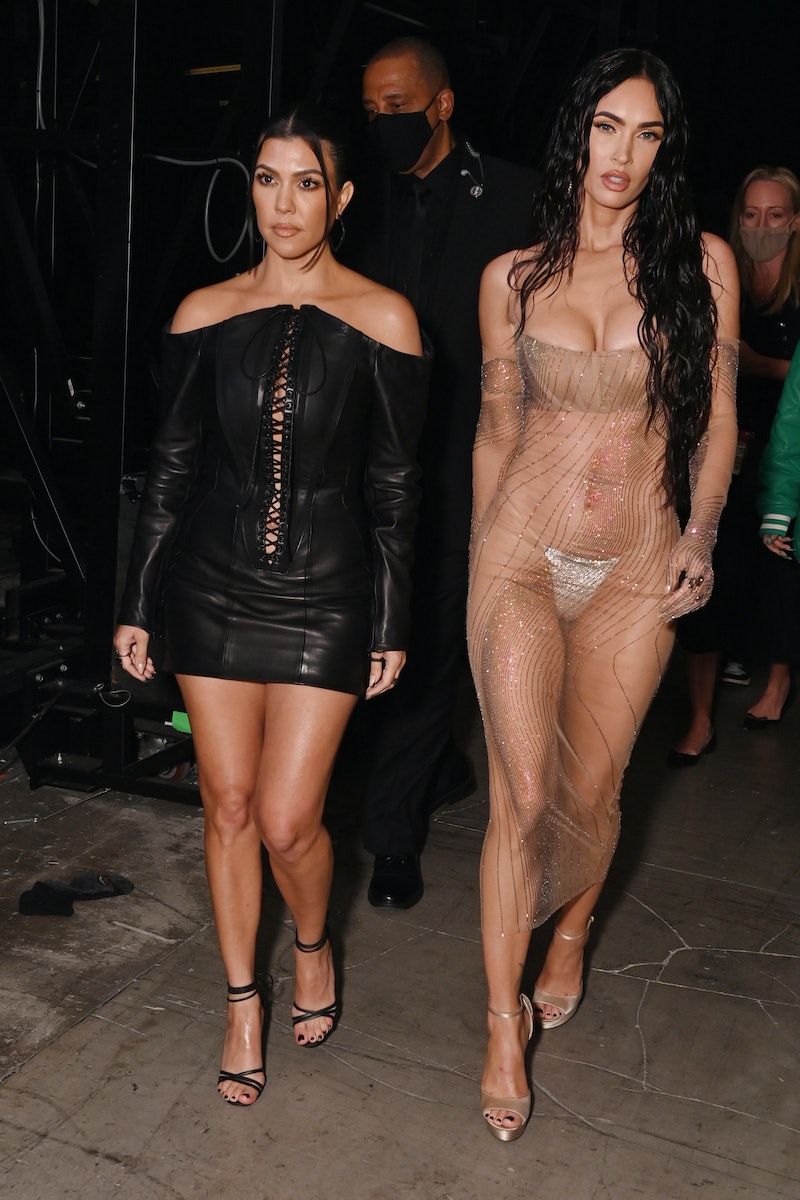 Machine Gun Kelly and Travis Barker closed out the 2021 MTV Video Music Awards with a performance of “Papercuts” — and who better to introduce them than their respective partners, Megan Fox and Kourtney Kardashian? The pair took a playful, personal approach to welcoming the musicians on stage. “I’m a huge fan of this next performer,” Fox began. “I’ve watched him grow, and not just as an artist but also as a person.”

“I’m a fan, too, and I think his drummer is super hot,” Kardashian added before Fox cut to her most memorable line of the night: “New York, I need you to get extra loud for our future baby daddies.” Throughout the evening, Fox made no secret of her personal connection to MGK, who won the Best Alternative VMA with Blackbear for “My Ex’s Best Friend.” On the red carpet, she joked with Entertainment Tonight about how MGK encouraged her to wear her eye-catching outfit. “He was like, you’re gonna be naked tonight,” she recounted. “And I was like, whatever you say, daddy. Whatever daddy says.” Despite the loved-up vibes, though, Twitter was split on the flirty introduction.

Some users thought Kardashian felt awkward during the intro, while others worried for her very famous ex Scott Disick back at home.

Many users loved the moment, though, citing the pair of plus-ones’ playful energy as a high note to close out the musical evening. After all, the VMAs reportedly began with a red carpet skirmish between MGK and Conor McGregor, so ending the event with a show of love might have been needed to balance things out a bit.

Though most users took the introduction to be a just-for-fun display, others wondered if it meant one (or both) of the women might actually be pregnant. No matter what, of course, it was a truly memorable finale to the VMAs.