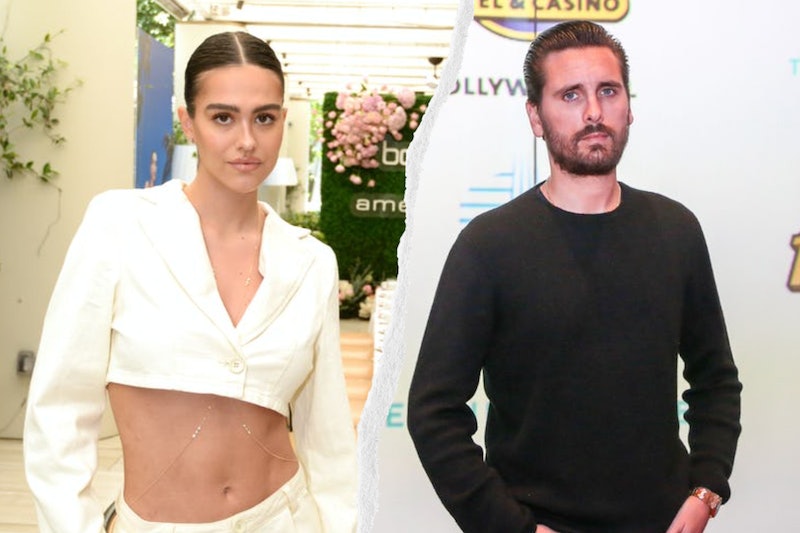 Scott Disick and Amelia Hamlin’s relationship is reportedly unstable after he allegedly threw shade towards Kourtney Kardashian and boyfriend Travis Barker’s PDA in a series of leaked Instagram DMs with Younes Bendjima. According to People, a source claimed that the couple is “going through a rocky patch” at the moment. “It’s partly because of the Kourtney drama but also just ‘Scott being Scott,’” said the insider. “They’re not fully over yet, but Amelia isn't happy with him.” Additionally, a second source revealed that Disick and Hamlin haven’t seen each other over Labor Day weekend: “They have spent the weekend apart so far. Everything seemed fine last weekend and then all of a sudden, they seem to be having issues. They are on the East Coast separately and didn’t leave Los Angeles together.”

Bendjima, aka Kardashian’s on-again, off-again boyfriend from 2016 to 2018, posted a screenshot of DMs with Disick to his Instagram Stories on Aug. 30. “Yo is this chick ok!????” wrote Disick alongside a photo of the Poosh founder and Blink-182 drummer passionately kissing on a boat while on vacation in Italy. “Broooo like what is this. In the middle of Italy,” he continued. But the Algerian model wasn’t about to join in on the shade towards their common ex-flame. “Doesn’t matter to me as long as she’s happy,” he replied. “PS: I ain’t your bro.”

“Keep the same energy you had about me publicly, privately,” wrote Bendjima, seemingly referencing the negative comments Disick made towards him at the Keeping Up With the Kardashians reunion special in June. When host Andy Cohen asked if Disick gets “upset” seeing the mother of his three kids — Mason, 11, Penelope, 9, and Reign, 6 — date other men, he answered: “Me? No. I just want to kill them. But mainly the last guy.” In a second post shared to his Instagram Stories on Aug. 30, Bendjima wrote, “Couldn’t miss this one. He been playing around for too long, [tried] to stay quiet and be the nice guy. Back to work now.”

The tone of Disick’s alleged DMs differ from his public comments about Kardashian and Barker’s relationship from the KUWTK reunion. In a lukewarm response to Cohen asking if he supports the couple, he said, “I mean, yeah. I think if you really love somebody, you want them to be happy no matter what. So I do give her a blessing to be happy.” On Sept. 1, a source dished to People that he and Kardashian “have been getting along” despite the alleged social media shade: “Kourtney is disappointed that he engages in drama when they have been doing well co-parenting. She doesn't get why he felt the need to reach out to Younes. She will confront him about it. For now, she continues to enjoy her trip with Travis.”

Following the alleged leaked DMs, a source told Entertainment Tonight on Sept. 3, “Amelia was definitely annoyed by Scott [allegedly] DMing Younes about Kourtney.” The insider continued, “Scott is trying to move on from the whole situation, but is a little embarrassed that he reached out to Younes and that he posted their exchange.” Hamlin appeared to share her feelings towards Disick’s comments on his ex’s relationship on Sept. 5, as she posted a photo to her Instagram Stories in a shirt that read, “Don’t you have a girlfriend?”