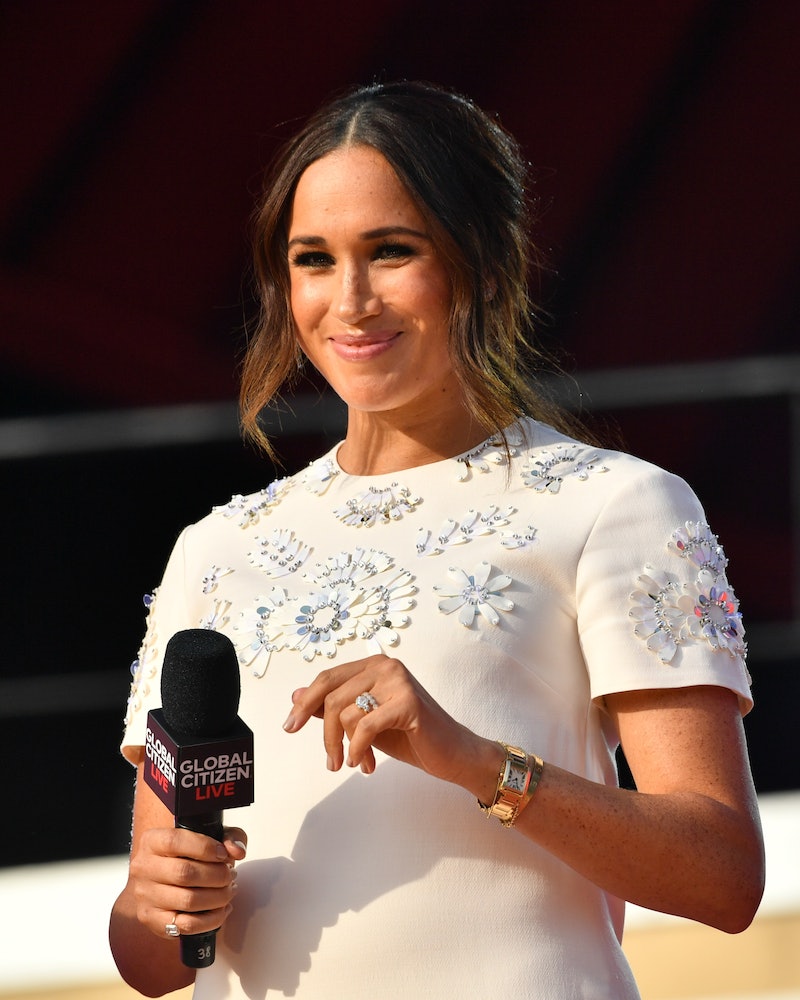 We’ve all been guilty of trying to emulate the style of our favourite celebrity at some point or another — and it seems royalty is no exception. In a recent interview with Ellen DeGeneres, Meghan Markle got real about all aspects of her life — writing, motherhood, growing up in Los Angeles — and shared a delightful story about her childhood obsession with a certain ’90s rom-com character played by Andie MacDowell.

During her interview with DeGeneres, the Duchess of Sussex revealed to the audience a self-portrait she drew in elementary school. Seeing the photo, DeGeneres asked what the story was behind her chosen hairstyle — a short, curly bob. “I was 10 or 11 maybe,” Meghan told her, “and I was obsessed with Andie MacDowell in Four Weddings and A Funeral.” She went on to explain, “All I wanted was that perfect little curly haircut.”

Who can forget the gorgeous cut that framed MacDowell’s face in the Richard Curtis rom-com? It’s no surprise Meghan wanted to get in on the style. And so, her mum took her to the hairdresser and, according to Meghan, “On that first day, I was like, this is amazing, I look like Andie MacDowell in Four Weddings and A Funeral.”

However, that feeling didn’t last long. “It was as though everyone forgot to tell me, you have ethnic hair, you are not going to look like Andie MacDowell in Four Weddings and A Funeral,” she explained.

The Duchess added, “I would go to school and they said I looked like Krusty the Clown from The Simpsons.”

Luckily, Meghan managed to bounce back from the fashion faux pas and followed MacDowell in Four Weddings and A Funeral in more ways than one. If you can’t have the hairstyle, then fall in love with a British guy instead. Of course, Meghan has also become a fashion icon in her own right — from her statement eyeshadow looks to her bold colour blocking.

During her interview with DeGeneres, Meghan also spoke about her relationship with Prince Harry, with the touching story behind her children’s book The Bench. Originally written as a poem for her husband on Father’s Day, her friends convinced her to publish it. Speaking to the talk show host, she said she hoped the book showed “the softer side of masculinity [and] fatherhood” and that “everyone could see themselves in these pages.”