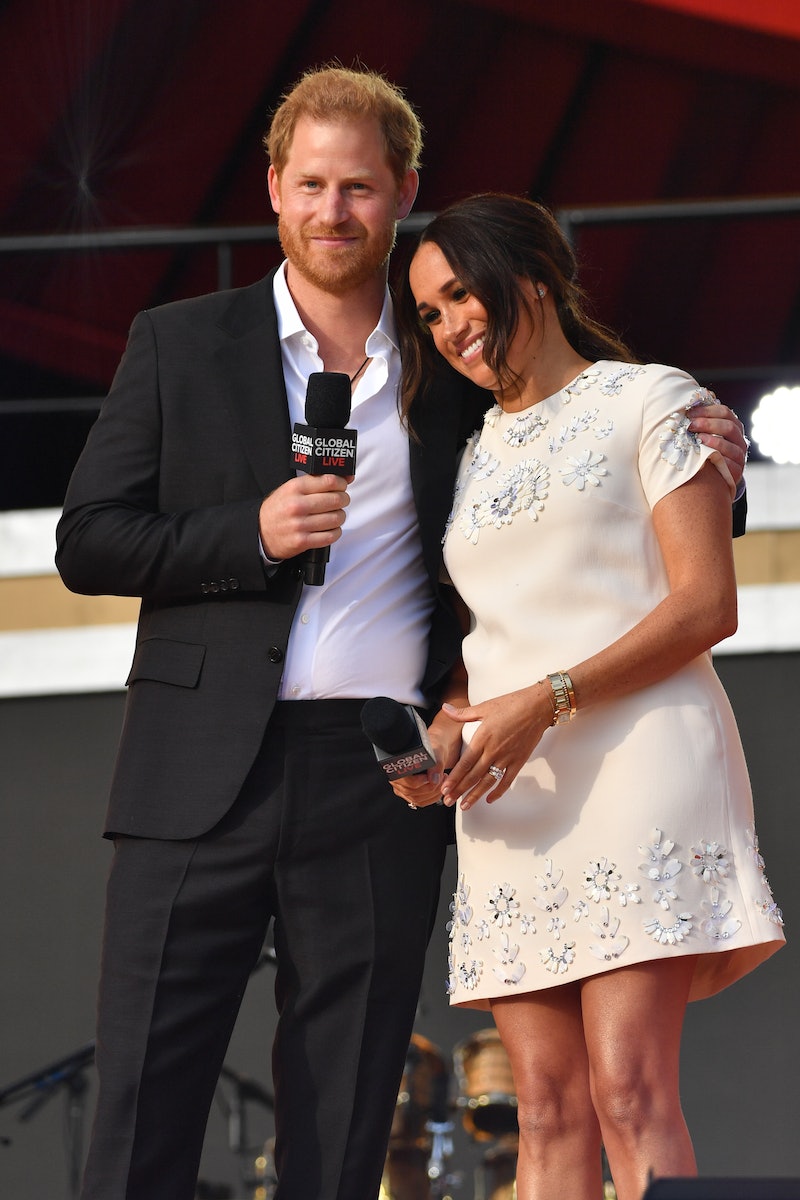 By now, you probably know that the early days of Meghan Markle and Prince Harry’s relationship were, by necessity, low-key. They pretended not to know each other during an incognito (and apparently Double Indemnity-inspired?) trip to the supermarket, made use of a royal finsta, and even jetted off to Botswana for a romantic, remote safari sans paparazzi. The Duke and Duchess of Sussex have been married for more than three years now, so that clandestine era may be over — but fortunately for fans of the royal couple, the details keep coming.

During a Nov. 18 appearance on The Ellen Show, Meghan opened up about secretly seeing Harry and the surprising lengths the couple went to for the sake of privacy, like when Harry, Princess Eugenie, and her now-husband, Jack Brooksbank, visited Meghan in Toronto for Halloween.

“The four of us snuck out in Halloween costumes to just have one fun night on the town,” Meghan explained, “before it was out in the world that we were a couple.” The spooky holiday created the perfect excuse to don disguises. Even better, Meghan and co. went to a post-apocalyptic-themed event and were able to wear “very bizarre costuming” to fly under the radar.

Based on Meghan and Harry’s dating timeline, it seems that their final night out occurred very soon before relationship rumors started to swirl. As Glamour reported in October 2016, Meghan had posted a picture on her now-defunct Instagram of a bracelet that looked super similar to Harry’s. And, according to Elle, Harry was still in Toronto — where Meghan filmed Suits — when he was informed that British tabloids were planning to announce their relationship. Harry confirmed the romance himself that November and, well, the rest is very publicized history.

Five years after that fateful, post-apocalyptic outing, Meghan and Harry’s Halloweens look a little different. They actually spent the latest one with Ellen — but the kids, Meghan revealed, “were just not into it.”

“Archie was a dinosaur for maybe five minutes,” the duchess said, while Lilibet, aka Lili, went as a skunk à la Flower from Bambi.

More like this
Prince Harry Incorrectly Recites Christina Aguilera’s “Genie In A Bottle” Lyrics
By Jake Viswanath
Here’s Why Tyler Perry Helped Prince Harry & Meghan Markle When They Moved
By Marina Watts
RHOP’s Robyn Dixon Explained Why Juan Paid For Another Woman's Hotel Room
By Brad Witter
Michael B. Jordan Tackled His "Public Breakup" With Lori Harvey On 'SNL'
By Brad Witter
Get Even More From Bustle — Sign Up For The Newsletter
From hair trends to relationship advice, our daily newsletter has everything you need to sound like a person who’s on TikTok, even if you aren’t.