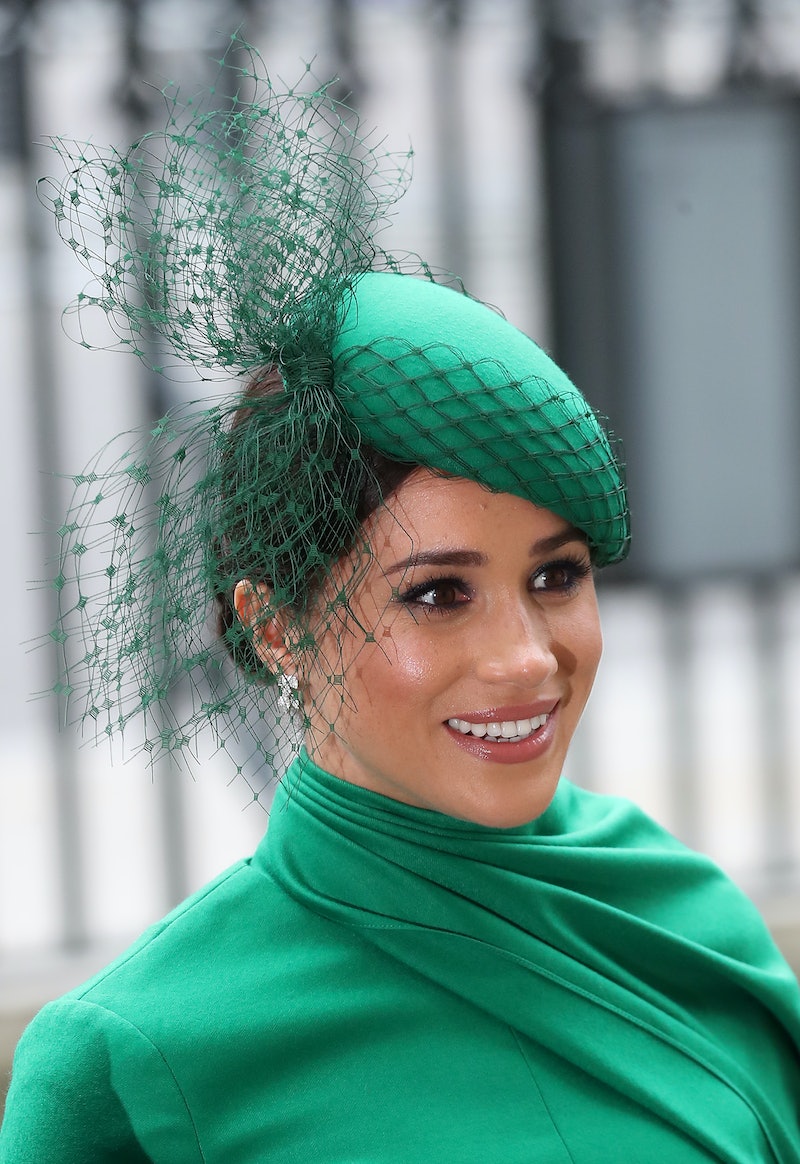 During her time as a working senior royal, Buckingham Palace seemingly failed to guard Meghan Markle against racist and inaccurate reporting by British tabloids. However, the royal household did release a statement this week vowing to "investigate" bullying accusations first made against Meghan by a former aide in The Times. The decision arrives just days before Prince Harry and Meghan will sit down with Oprah Winfrey for a tell-all interview on CBS. Amid this royal controversy, Meghan's former Suits co-workers are defending her against bullying claims.

A day after Buckingham Palace released its statement against "bullying or harassment in the workplace," Suits executive producer Jon Cowan spoke out on Meghan's behalf. In a since-deleted tweet, a Twitter user wrote, "You know, it is fully within the realm of possibility that BOTH the denizens of Buckingham/Kensington Palace AND the Duchess of Sussex are awful people. We do live in a world no longer constrained by simply binary oppositions." Upon reading that, Cowan responded, "It's also possible the Duchess of Sussex is a good person thrust into an unimaginable world. Having spent 3 years working with her in her pre-Duchess days, I saw a warm, kind, caring person. I know nothing of her current situation but she gets the benefit of the doubt in my book."

Teen Wolf and Station 19 writer Angela Harvey also voiced her support for Meghan on Twitter, sharing the positive accounts she had heard from Suits crew members. "I worked on a set in Toronto when Meghan was on Suits. The ADs, PAs, and other crew on my show who had also worked with her loved her," Harvey wrote, adding, "LOVED. Set dynamics being what they are... I do not believe this bullying narrative for a microsecond."

Several of Meghan's Suits costars have shared kind words about her since she got engaged to Prince Harry in November 2017. Her onscreen love interest, Patrick J. Adams, had nothing but positive things to say about Meghan on Instagram, writing, "Playing Meghan’s television partner for the better part of a decade uniquely qualifies me to say this: Your Royal Highness, you are a lucky man and I know your long life together will be joyful, productive and hilarious."

In the days before the royal wedding, Meghan's Suits costar and close friend Abigail Spencer told People, "Meghan Markle is one of the loveliest human beings on the planet — in the world. I’m just so excited that the world will get to experience her loveliness. And I really think that with her platform for charity and her fortitude, she’s going to have a great moment to change the world. If anyone can do it, it can be her."

Recent support for the Duchess arrives after Meghan and Harry's spokesperson denied the bullying accusations in a statement to The Times. In the remarks, the couple's rep called the report "a calculated smear campaign" that was coincidently published just before Meghan and Harry "are due to speak openly and honestly about their experience of recent years." The statement went on to note that Meghan "is saddened by this latest attack on her character."

Meghan is poised to open up about her fractured relationship with the royal family in her sit-down with Oprah. "I don't know how they could expect that after all of this time, we would still just be silent if there is an active role that the Firm is playing in perpetuating falsehoods about us," she said in a preview. "And if that comes with risk of losing things, I mean... there's a lot that's been lost already."

More like this
Everything To Know About Meghan & Harry's Netflix Documentary
By Jake Viswanath
Meet Kelly Fisher, Dodi Fayed’s Ex-Fiancée
By Karen Fratti
What Was Really In Princess Diana & Prince Charles’ Divorce Settlement
By Karen Fratti
The One Detail From The Tampongate Scandal That The Crown Missed
By Karen Fratti
Get Even More From Bustle — Sign Up For The Newsletter