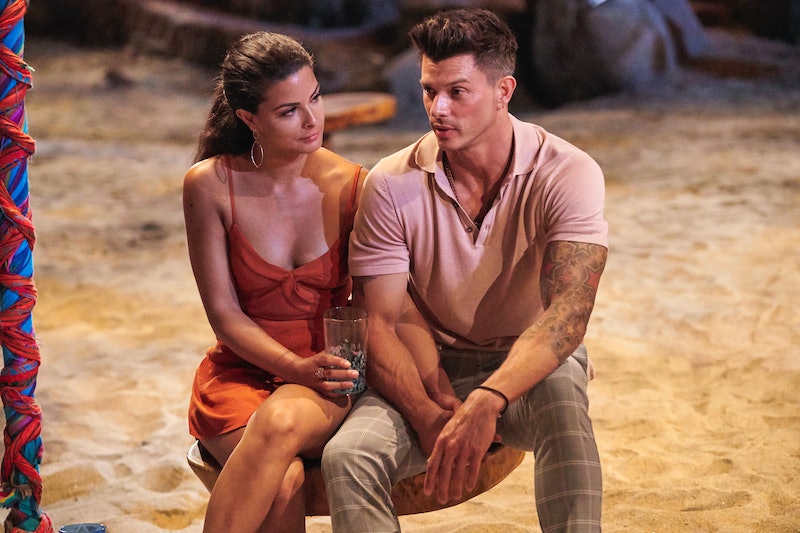 After Mari Pepin spilled about her situation with Kenny Braasch on Bachelor in Paradise, Demi Burnett turned around and kissed the rarely clothed boy band manager — her latest involvement in a BiP love triangle, the first being the jet-ski ride that got between Natasha and Brendan in Episode 2.

Of course, before the awkward makeout came the tricky situation between Mari and Kenny: she was hoping to keep her options open while he was pretty resolved in his commitment to her. Mari opened up about this to Demi, who reassured her that she was simply “being respectful” in being honest with Kenny. It seemed to be a sweet moment between friends, and Mari even encouraged Demi at the end of their conversation. “You have the power this week,” Mari explained, “so make a move on whoever you’re interested in.”

Unfortunately for Mari, that would be Kenny. As Demi admitted in an interview, “I’m going for your mans! It’s my opportunity. That’s what we’re here for.” She promptly paid Kenny a visit on the beach, and the two flirted and kissed away. Later, Demi continued to make moves on Kenny and threw him a mini birthday party since he, like everyone else on the beach, couldn’t celebrate his birthday because of the ongoing pandemic. To mark the postponed occasion, Demi got him a cake and decorated a secluded area in Paradise that was perfect for their next makeout sesh. But during their one-on-one time, Mari contemplated everything that was going down in front of her eyes and threw the cake into the fire, much to Riley’s dismay.

Naturally, Twitter had a lot to say about the latest BiP betrayal, which many saw coming from miles down the beach.

For some viewers, though, Demi wasn’t actually the antagonist in this apparent love triangle. To them, she simply realized that Mari and Kenny weren’t quite as committed as they first seemed. “I actually don’t think anyone is the villain i think this is the result of poor communication!!!” wrote user altitudinarians of the sticky situation.