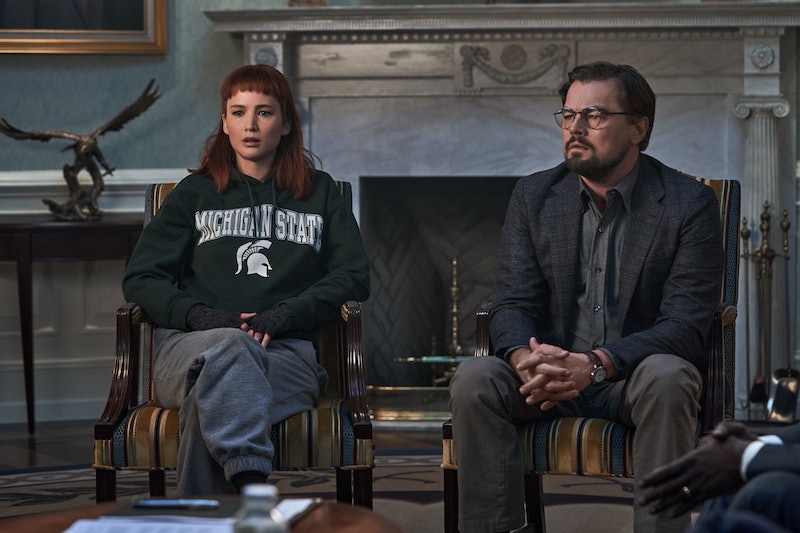 Don’t Look Up has viewers feeling some sort of way. And naturally, they’re turning to Twitter to share those feelings.

Adam McKay’s film, which stars Leonardo DiCaprio and Jennifer Lawrence as a pair of scientists struggling to warn the world about an approaching comet, has critics and audiences split: While some have praised how it skewers the media and the state’s response (or lack thereof) to the world’s very real environmental crises, others argued that the movie — and its overwrought allegory — fell short. Regardless, it’s a hot topic on Twitter, where users are poking fun at the movie’s most talked-about moments.

Don’t Look Up’s main gag is about how experts are typically ignored by policymakers, particularly when they’re warning about slow-moving disasters. McKay, who is active of Twitter himself, underscored this theme in a recent tweet. “Remember after watching #DontLookUp that WE HAVE THE SCIENCE TO SOLVE THE CLIMATE CRISIS. Renewables, carbon removal and capture. It just needs to be scaled up & developed,” he wrote in a thread days after Don’t Look Up’s Netflix premiere. “We are missing AWARENESS, WILL AND ACTION. Without those three things we are in SERIOUS trouble.”

McKay isn’t the only one discussing the film’s real-world relevance. Below, the funniest memes and tweets about Don’t Look Up.