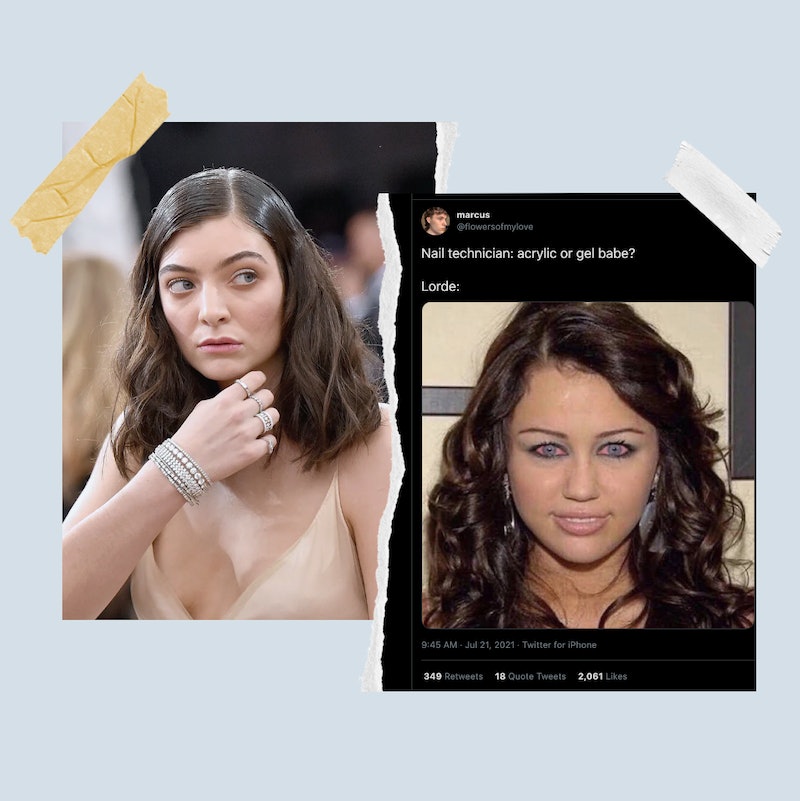 Did you feel the “Solar Power” vibes kicking in after Lorde finally returned after four years with a summery single and announced her new album of the same name? Well, leave the beach and crawl into bed again because it’s sad girl summer now.Lorde’s new song “Stoned at the Nail Salon,” released on July 21, is an introspective sad girl ballad, and Twitter is so confused after the singer’s bright and sunny title track declared a hot girl summer for us all. Naturally, the memes are still on point.

The latest teaser from Lorde’s upcoming third album sees her reflect on the reality of getting older, something that she’s mastered in fan-favorite deep cuts like 2013’s “Ribs” and 2017’s “Perfect Places.” But this time, she’s musing about family, friends, and nostalgic music over wistful acoustic guitars and sweeping harmonies while, you know, stoned and getting her nails done. “’cause all the beautiful girls, they will fade like the roses, and all the times they will change, it’ll all come around,” she sings. “I don't know, maybe I'm just stonеd at the nail salon again.”

The New Zealand-born artist opened up about the new song, co-produced with her Melodrama collaborator Jack Antonoff, in an interview with Apple Music’s Beats 1, calling it one of “the quietest, most introspective, and internal moments” on Solar Power. “I think Jack thinks that I don’t appreciate the song as much as I do,” she said, jokingly. “It’s about the passage of time, which is a weird thing to even think about and be in conversation with. But thinking about me at 16, my parents getting older, all these big, heavy things really confronting my mortality, I split off when I think about this song, but I am proud of it.”

Twitter responded by creating memes based off the song title alone.

However, after listening to the song, many fans expressed their shock that “Stoned at the Nail Salon” is a sad girl anthem, not the fun and humorous beach song they had anticipated.

Meanwhile, other fans embraced the sad girl vibes that Lorde provided. Get you an artist who can give us both a hot girl summer and a sad girl summer in the same year.

However, nearly everyone was quick to call Lorde out for one lyric in particular. In the song’s second chorus, she sings, “All of the music you loved at 16, you’ll grow out of.” Given how many of us were around 16 ourselves when Lorde first came onto the scene, and her debut album Pure Heroine remains a certified classic, this is just factually wrong to some fans.