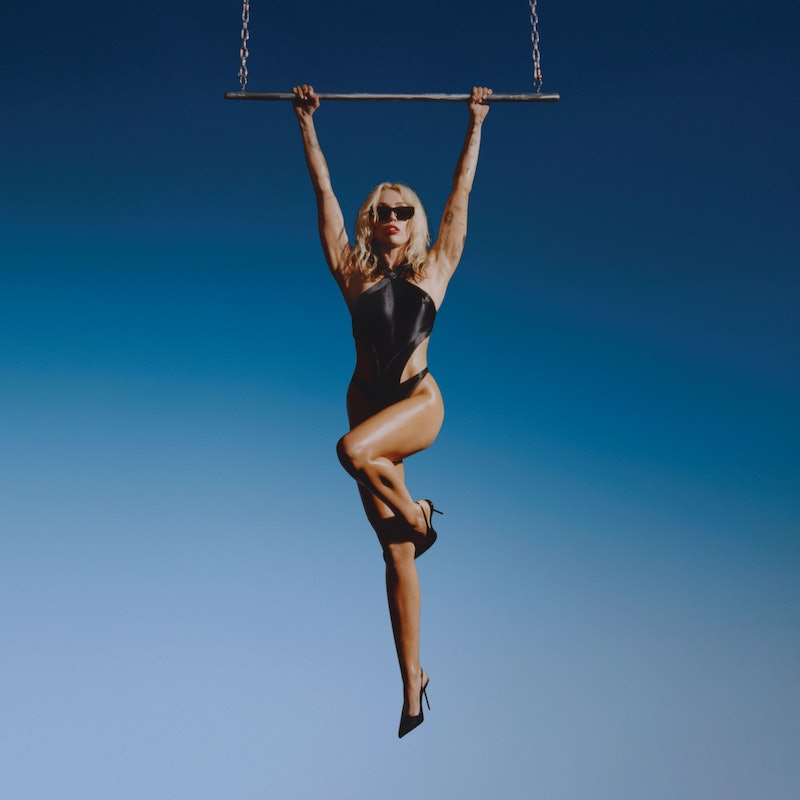 Miley Cyrus is throwing another “Party In the U.S.A.,” and we’re all invited. On Jan. 5, the singer announced her eighth studio album Endless Summer Vacation, which is being described as a “love letter” to her adopted home of Los Angeles. The new record comes over two years after she released her previous album Plastic Hearts in 2020, signaling a fresh yet nostalgic pop-rock direction for the Grammy nominee.

Cyrus first teased that new music was imminent after promising “New Year, New Miley” on teaser posters around the world at the end of December. During her Miley’s New Year’s Eve Party special on Dec. 31, co-hosted by her godmother Dolly Parton, Cyrus announced that her new single “Flowers” would be released on Jan. 13, with teasers that already get the song’s melody stuck in your head. However, fans immediately noticed that the release date just happened to align with a notable ex in Cyrus’ life, making them speculate what’s to come on the new album.

Here’s everything you need to know about Cyrus’ new album.

As announced by Cyrus on Jan. 5, Endless Summer Vacation will be released on Friday, March 10. The singer also unveiled the album cover, a striking photo of her suspended in mid-air hanging onto an acrobats’ bar. According to a press release, the stunt was fully executed by Cyrus for the cover without using any visual effects.

The album is currently available to pre-order and pre-save on all music platforms, with exclusive vinyls available on Cyrus’ online store.

Along with the release date announcement, Cyrus also unveiled a trailer for the upcoming album, which features her reciting mysteriously vague dialogue as several visual nods to Los Angeles are shown, including palm trees and close-ups of her getting out of a swimming pool.

“We met each other on the neon dingy, past the manta rays and palm trees,” she says in a voiceover. “Glowing creatures beam down from great heights. Electric eels in red venom. In the sky, we can see the riders on horseback, on comets, coming toward us, kicking up with laughter. My friend Big Twitchy rode the boat into the light, surfed the North Break. We danced until there was nothing left. Just me and Twitchy, ‘cause that’s all we knew.”

Cyrus has yet to reveal the Endless Summer Vacation tracklist aside from the inclusion of lead single “Flowers.” However, on the producers’ side the singer will reunite with her Bangerz collaborator Mike Will Made It, with additional production from Kid Harpoon, Greg Kurstin, and Tyler Johnson. This post will be updated when more details are confirmed.

What Is Endless Summer Vacation About?

Recorded in Los Angeles, Cyrus described Endless Summer Vacation as her “love letter to LA” in a press release, which also boasts how the album is a representation of her growth in the past year. “The music and imagery of Endless Summer Vacation serving as a reflection of the strength she’s found in focusing on both her physical and mental well-being,” it reads. However, fans suspect that the album’s lead single “Flowers” is actually about her 2019 split from ex-husband Liam Hemsworth for a multitude of reasons.

Most significantly, “Flowers” is being released on Jan. 13, which just so happens to be Hemsworth’s birthday. Plus, the lyrics that have been teased on Twitter and posters around the world, “I can buy myself flowers / I can hold my own hand / I can take myself dancing / I can love me better than you can,” make it clear that the song is a full-fledged break-up anthem meant for self-love and empowerment. Naturally, it only makes sense that Endless Summer Vacation could be a break-up album, at least in part.