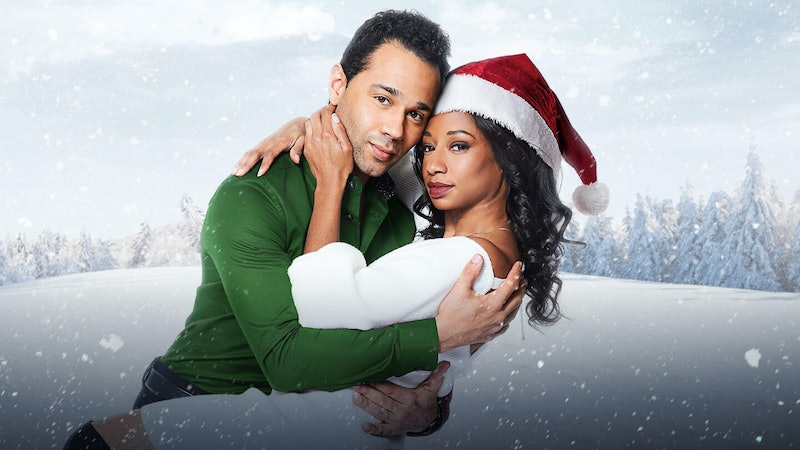 It’s been more than 15 years since High School Musical debuted on Disney Channel, and the film still has a steady grip on pop culture. There’s the series it spawned, starring a small artist by the name of Olivia Rodrigo, and the enduring careers of its original cast, including one very booked and busy Vanessa Hudgens (hi, The Princess Switch 3 and tick, tick... BOOM!). And it just keeps going. This holiday season, two of your favorite Wildcats are reuniting for a new Lifetime movie, A Christmas Dance Reunion, proving that the stars are still very much all in this together. To mark the occasion, Monique Coleman revealed what it was like to return to her acting roots with Corbin Bleu.

Coleman and Bleu, aka Taylor McKessie and Chad Danforth, are set to star in the aptly titled Christmas movie, which premieres on Dec. 3. As Coleman recently told People, teaming up with Bleu “was a little bit of an art imitating life moment.” The pair’s characters, Lucy and Barrett, danced together as kids before pursuing their own paths (Lucy becoming a lawyer, Barrett a dance teacher). In real life, Coleman turned to advocacy via her organization, GimmeMo’, and Bleu to Broadway — he even had a turn as In the Heights’ Usnavi. Adorably, Coleman said she’s seen “almost every single one” of Bleu’s on-stage performances.

“I forgot how utterly just talented and delicious he is,” Coleman told People. “I obviously have seen him in shows, and we're friends, but I forgot what it was like to work with someone who has such an incredible work ethic, who shows up and gives 110 percent every single time, every single take, whether he's on-screen or not. He's such a generous actor and really cares.”

Coleman said it was “an affirming experience” to see fans respond well to the reunion news, especially since she was nervous embracing the HSM-esque role without the rest of her co-stars. She recalled previously doing outreach in schools and students asking if Hudgens, Zac Efron, or Ashley Tisdale would be coming. “They would always be looking for someone else,” she said. “But I was there.”

To star in a leading role alongside Bleu was also a unique (and daunting) experience. “A lot of times he and I both have been cast in roles that are perceived as token characters ... whether it just be unconscious bias or not, we are there to serve a different, more centralized story,” Coleman explained. “So in that context, sometimes you don't know who you would be as the lead. You can't imagine what it would look like if people would really even care or take to you.”

But that, fans have. One Twitter user described the film as the reunion “we truly deserve.” Another said she was “crying” at the premise, which made her “high school musical fan heart so happy.”

Fortunately, this probably won’t be the last time Coleman and Bleu work together — at least, if Coleman has anything to do with it. In her interview, she suggested everything from a show, to a Christmas Dance Reunion sequel, to a “Mr. and Mrs. Smith-type series ... where we're hot and older and kicking ass.”

As we wait to see what the iconic pair does next, here’s hoping for a few HSM Easter eggs in their upcoming reunion.

More like this
Amanda Seyfried Reflects On 'Mean Girls' & "Gross" Remarks That Men Made After It
By Jake Viswanath
Hayden Panettiere Will Return For 'Scream 6': "We F*cking Won, Scream Fam"
By Jack Irvin and Jake Viswanath
Jennifer Lopez Found The Perfect Ben Affleck Throwback Video For Mother’s Day
By Stephanie Topacio Long
Hilary Duff Spills The Tea On Why Disney+ Canceled The 'Lizzie McGuire' Reboot
By Jake Viswanath
Get Even More From Bustle — Sign Up For The Newsletter