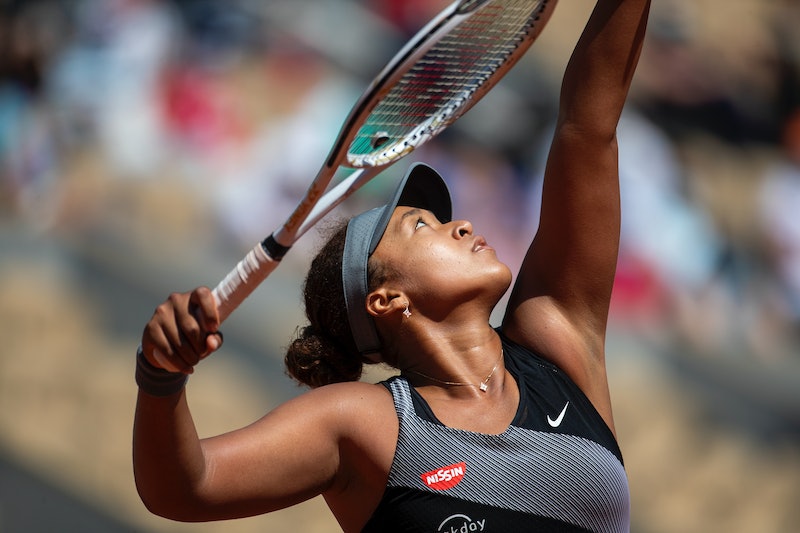 Just days before Naomi Osaka is set to take to the court in the 2021 Olympics, the 23-year-old tennis titan has scored two major magazine placements as a cover star for Vogue Hong Kong and the Sports Illustrated Swimsuit Edition, reminding us all that she’s not only one of the best players in her game, but also one of the most popular — and lucrative — athletes in the world.

Osaka graces the latest cover of Vogue Hong Kong, posing for a high-fashion spread and opening up about the pressures of fame, winning, and losing. The tennis star admitted that being as famous as she is “isn’t easy,” as there are “so many eyeballs on you, each with an opinion about who they think you are without knowing you first.”

She shared the eye-catching cover on her Instagram, and she immediately received support from famous fans like Zendaya, who reacted with three heart eyes emojis; Taraji P. Henson, who used several heart and fire emojis; and Yara Shahidi, who commented, “yes yes YES!!!” On the cover, Osaka poses in a sheer outfit from designer David Koma. The major fashion moment is up top, as her earrings are enormous, sparkly tennis rackets.

Meanwhile, without any heads-up, Osaka also made history as one of three cover models for this year’s Sports Illustrated Swimsuit Edition, becoming the first Black athlete to earn a spot on the coveted cover. The annual must-see covers this year feature Osaka, model and actress Leyna Bloom (who became the first transgender woman of color to appear in the magazine let alone the cover), and Grammy-winning rapper Megan Thee Stallion.

Osaka shared the cover on her Instagram with caption signifying the importance of the moment: “First Haitian and Japanese woman on the cover of SI [Swimsuit Edition].”

The young superstar, who was named the highest-paid female athlete in the world in 2021 after raking in $60 million this year so far, is set to compete in the Olympics for Japan, not the U.S. She was born in the Asian nation and just a year or so ago she renounced her American citizenship due to restrictions imposed by Japan on citizens only having one official nationality.

During an episode of her new docuseries on Netflix, she tried to clear up any confusion regarding the matter, stating, “I've been playing under the Japan flag since I was 14. It was never even a secret that I’m going to play for Japan for the Olympics.”

The Olympics begin on July 23 with women’s tennis wrapping up within a week.