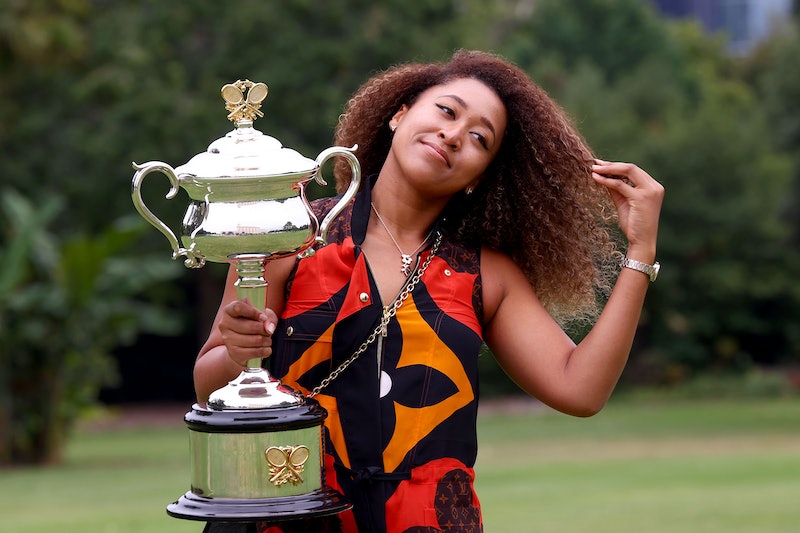 For several years now, Naomi Osaka has been making headlines and turning heads with her out of this world talent on the tennis court. She became an international figure in the game when she was just a teenager, but now, at the age of just 23, she’s making a stand and proving herself to be not only a powerhouse player, but someone who leads by example.

Osaka recently dropped out of the French Open, one of the biggest tennis tournaments in the world. The four-time Grand Slam singles champion made it clear before she headed to Paris that she wasn’t going to participate in any interviews or press conferences, as they can cause her to feel anxious and overthink her playing, which in turn affects her performance. She skipped one media event, and was quickly fined $15,000 for doing so. She was also threatened with disqualification at other competitions, so she withdrew entirely from both the French Open and more recently, Wimbledon. Since then, she has penned an essay for Time all about how she is putting her own mental health first, and she has received support from fellow athletes like Michael Phelps and Stephen Curry and even former first lady Michelle Obama.

While stepping away from a tournament could possibly affect her bank account, the young athlete is doing incredibly well for herself. In fact, she makes far more money every year from working with brands than she does from actually swinging her racket. According to Forbes, Osaka ranked as the highest-paid female athlete in the world in 2020 — ahead of tennis legend Serena Williams’ $36 million — as the tennis pro brought in a whopping $37.4 million from June 2019 to June 2020, the latest available financial reporting period. Less than 10% of that sum, just $3.4 million, came from prizes she collected on the court, meaning the remaining $34 million came from endorsement deals. The money magazine claims that her decision to represent Japan at the upcoming Olympics likely made her an even more attractive win for many different companies, and her earnings could rise in 2021, even if she doesn’t make much prize money from high-profile games.

Read Next: Who Is Naomi Osaka’s Boyfriend

Osaka’s 2020 earnings may have been the largest yet for a woman in sports, but the money she’s brought in this year makes last year look like an off season. On Forbes’ list of the highest-paid athletes of 2021 (which includes both men and women), Osaka ranks at No. 12, where she is tied with Tiger Woods with $60 million in total earnings, with $55 million of those coming from endorsements. That’s a massive fortune, but it does still pale in comparison to the No. 1 ranked figure, Conor McGregor, who sits atop the tally with an incredible $180 million.

Osaka’s Lifetime Net Worth Is Unclear

Osaka may be making more than Williams per year, but when looking at their total net worths, it’s clear that Williams has been earning that kind of money for much, much longer than Osaka.

While Osaka’s reported total net worth hovers around $25 million (a figure that doesn’t appear to reflect her most recent earnings), Serena’s net worth is many multiples greater, as she’s now worth a reported $210 million.

After sharing her struggles with depression and anxiety, Osaka is being applauded by millions, but at the same time, her personal life is being examined much more closely than perhaps ever before, including her net worth. The athlete is currently dating Grammy-nominated rapper Cordae (formerly known as YBN Cordae), who is one of the most exciting rising talents in the hip-hop field. He has collaborated with superstars such as Eminem, Young Thug, Roddy Ricch, and Chance The Rapper. The pair has been together for two years, and Osaka out-earns him many, many times over, as his net worth appears to be somewhere under the million dollar-mark.

Osaka and Cordae’s relationship as well as the rest of her career and personal life takes center stage in a new three-part Netflix docuseries titled Naomi Osaka: Playing By Her Own, which started streaming on July 16.