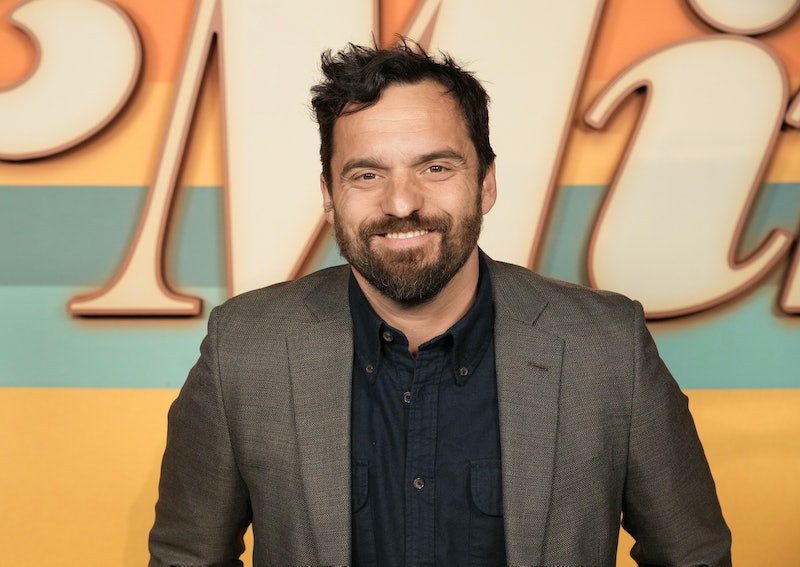 Jake Johnson’s acting career spans film and TV projects including 21 Jump Street, Jurassic World, and Spider-Man: Into the Spider-Verse, but let’s face it, you grew to love him as the lovable bartender-turned-author Nick Miller on all seven seasons of New Girl. While the show propelled him to stardom, the actor recently said he was typecast in similar roles after playing the law school dropout and on-again, off-again boyfriend of Zooey Deschanel’s quirky teacher Jess Day. In a new interview with Thrillist, Johnson spoke about feeling grateful to step out of his comfort zone and play a ’70s adult magazine mogul in HBO Max’s new comedy series Minx.

Johnson told the publication he long received scripts for characters described as “late 30s; has not reached his potential; in between jobs; and is just not quite ready for adulthood,” much like the character of Nick. Before landing the role of sleazy publisher Doug Renetti on Minx, the actor was portraying another friendly, supportive bartender on ABC’s Stumptown, which proved enjoyable but unchallenging. While his new role on the HBO Max series doesn’t mirror his real-life personality — a stable, married homebody — he’s excited to step out of his comfort zone.

Minx follows a young feminist woman named Joyce on her quest to create a women’s magazine, and to make it happen, she teams up with low-rent publisher Doug — who convinces her to make it erotic. Rather than using his personality to inform his portrayal, Johnson’s drawing from some slightly-sleazy family figures he knows well. “Doug reminds me of my uncles and parts of my dad,” the actor told Thrillist. “These salesmen, who you're not sure if they're on the good team or the bad team. They have tons of heart and morality, but in the same sense, they’re really shady. And you're like, ‘I don't know if I can trust this person.’ Those parts don't come my way very often.”

Johnson further detailed his experiences with the two relatives, explaining his father exited their Chicago family home when the actor was 2 years old and returned around the time he turned 18. “He owned a car dealership on the South Side of Chicago, and he was in commercials with Chicago Bull athletes. He was a drinker, and whenever we would see him, he was loud and funny, and flirted with waitresses, and was sweaty,” said Johnson, whose uncle apparently tried to tempt him into becoming a scammer. “My Uncle Eddie lived with us because he got arrested in Florida, and they brought him back to Illinois. He hustled me over chess. He got at me to do cons of my little 14-year-old suburban friends.”

The actor knew he didn’t share many similarities with his father and uncle but still saw them as “heroes” and used their complex personalities to create his own version of Doug. “I want to play Doug the way I saw those men,” Johnson said. He also reportedly suggested the character should drive a luxury car and know how to cook rather than living as a pure sleaze. “Because I didn't have a male role model, that was the goal.”

Johnson can thank Minx creator Ellen Rapoport for not trying to Nick-ify his character on the series, as she was unaware of the internet’s undying love for his New Girl character before casting him. “I did not know that there was so much thirst for Jake Johnson until I started reading Twitter two weeks ago,” Rapoport told the outlet, noting she may have further tried to please his stans otherwise. “I'm so happy people like his chest hair and open shirts. I would have opened them more if I knew there was such an appetite for them.”

More like this
Every Horror Movie Reference In The 'PLL: Original Sin' Premiere
By Alyssa Lapid
An Ultimate Guide To The Music Of 'Rap Sh!t'
By Brad Witter
Where Is The Original 'Pretty Little Liars' Cast Now? Lucy Hale & Others Support The HBO Max Spin-Off
By Alyssa Lapid
Lisa Kudrow Explained How Her Body Image Changed While Filming 'Friends'
By Grace Wehniainen
Get Even More From Bustle — Sign Up For The Newsletter