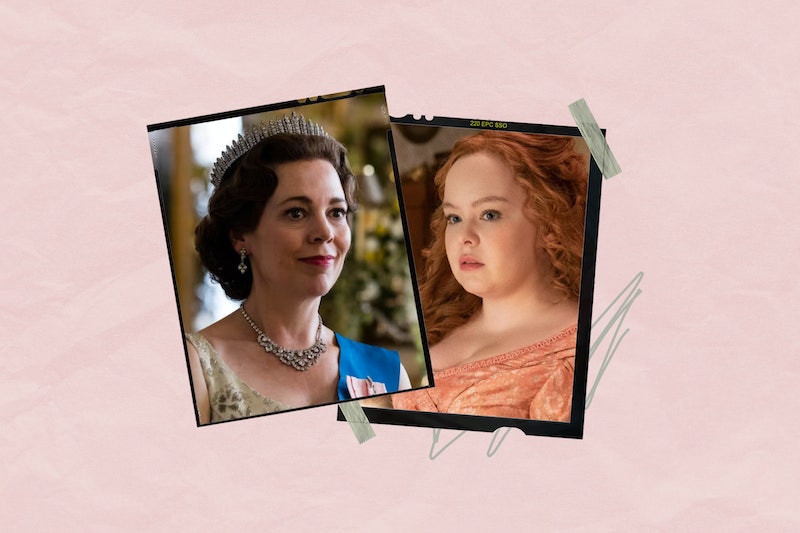 When it comes to streaming, few shows have managed to capture the imagination of viewers worldwide like Netflix’s The Crown and Bridgerton. Now, thanks to the star of the latter, Nicola Coughlan — who plays Lady Whistledown in Shonda Rhimes’ hit Regency-era drama — fans have been treated to the ultimate Bridgerton and The Crown crossover.

In an Instagram post shared by Coughlan on Sept. 28, the Derry Girls star uploaded a black and white photograph of herself and Academy Award-winner Olivia Colman, who portrayed the late Queen Elizabeth II in The Crown’s third and fourth seasons. “If you ever make Olivia Colman laugh a million baby angels get their wings! That’s just science,” Coughlan wrote in a caption alongside the snap, which subsequently sent fans into a frenzy. “New favourite photo. Might get it printed and framed,” wrote one excited fan, while another user commented, “It is literally my dream to have you two in a movie together.”

Meanwhile, other eagle-eyed fans were quick to notice the former Eastenders actor Ross Kemp and daytime TV host Lorraine Kelly standing behind the pair in the photo. “I love Lorraine using her phone in the background,” one user wrote.

The much-anticipated third chapter of Netflix’s Bridgerton is expected to debut sometime in 2023, with Coughlan’s character of Penelope Featherington set to take the spotlight with Colin Bridgerton (Luke Newton). Ahead of the new season, Coughlan has been keeping fans updated on Instagram with a string of behind-the-scenes posts, and recently teased that the Bridgerton crew are very much “Team Polin.”

Meanwhile, The Crown’s fifth season is set to debut in Nov. 2022. However, Colman will not appear in the new series, and Queen Elizabeth II will instead be played by Imelda Staunton.