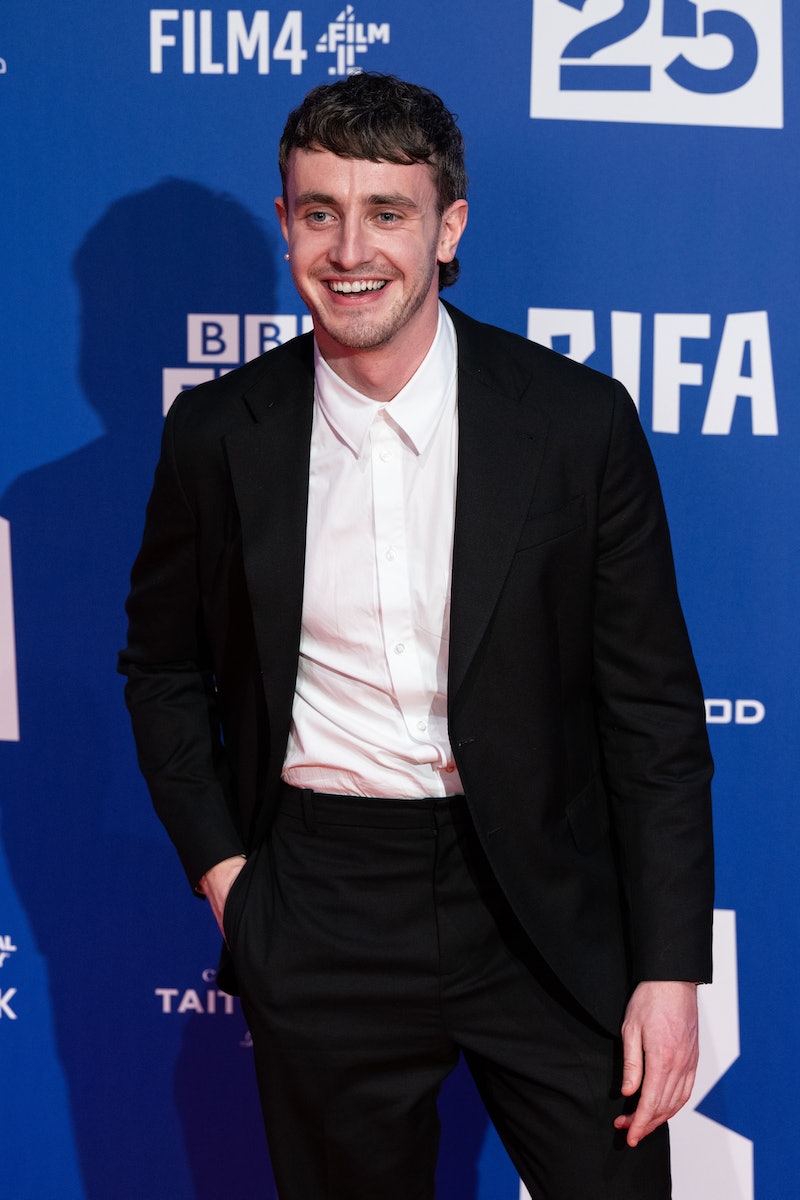 Irish cinema is set to dominate this year’s Academy Awards, netting a whopping 14 nominations at the Oscars 2023. In one of the best surprises, Normal People’s Paul Mescal earned a nod for his leading role in Aftersun — the debut feature from Scottish director Charlotte Wells. The film sees Mescal playing Calum, a troubled young dad who attempts to reconnect with his 11-year-old daughter Sophie on an all-inclusive holiday to Turkey. Viewed from the perspective of a future Sophie in her early thirties – now the same age her dad was on the holiday – it’s an understated, intensely moving story.

When the Maynooth-born actor’s family learned Paul was up for Best Actor in a Leading Role, they celebrated together on an adorable video call. “I would post the video of my reaction but those tears were UGLY,” joked his sister Nell on Twitter, as she shared a still of the Mescal family celebrations. She also revealed that her brother’s Oscar nom’ brightened up an otherwise difficult day for the family, sharing that their mum has been diagnosed with cancer. “My mum got a haircut today in prep for her chemotherapy and then Paul got nominated for an Oscar life is so crazy,” she wrote.

In a statement, Paul dedicated his nomination to director Charlotte Wells, and his co-star Frankie Corio. “This is truly a special moment for everyone involved in Aftersun. To be recognised by the Academy is such an insane honour and I’m so utterly grateful. I want to dedicate this nomination to my two friends Charlotte and Frankie who I love dearly! This is bananas, thank you!”

Elsewhere, Martin McDonagh’s tragicomedy The Banshees Of Inisherin swept the entire awards, bagging 9 nods in total and smashing through the record for most nominations for an Irish film. As well as Banshees… being up for Best Picture and Best Director categories, Colin Farrell, Brendan Gleeson, Kerry Condon and Barry Keoghan were all nominated for their respective roles.

In a historic moment, An Cailín Ciúin also became the first ever Irish-language film to scoop a nomination for Best International Film. Directed by Colm Bairéad, the film’s English title is ‘The Quiet Girl’ – and the story follows a nine-year-old girl named Cáit who is sent away to live with one of her mother’s distant cousins. Welcomed into the family’s farm, and experiencing affection for the very first time, Cáit is heartbroken when she’s made to return “home” again. It’s an adaptation of Claire Keegan’s 2010 novella Foster.

“As a young filmmaker, there was this unspoken attitude that making films in Irish was a fool’s errand,” Bairéad told The Irish Times. “And I think An Cailín Ciúin has dispelled that notion.” Rounding out the record haul for Ireland, previous Oscar winner Richard Baneham is up for Best Achievement in Visual Effects for his work on Avatar: The Way Of Water, while Jonathan Redmond has been nominated for his editing on Elvis. Representing Northern Ireland, meanwhile, Tom Berkeley and Ross White’s An Irish Goodbye is a contender in the live-action short category.

More like this
Yes, You Can Stream ‘To Leslie’ In The UK Now
By Sam Ramsden
Twitter Is Overjoyed By Angela Bassett’s Record-Making Oscar Nomination
By Maxine Harrison
Your Guide To Watching 'Everything Everywhere All At Once' In The UK
By El Hunt and Sophie McEvoy
What Is Mary J. Blige’s Net Worth? The 9-Time Grammy Winner Is Doing “Just Fine”
By Hugh McIntyre
Get The Very Best Of Bustle/UK
Sign up for Bustle UK's twice-weekly newsletter, featuring the latest must-watch TV, moving personal stories, and expert advice on the hottest viral buys.