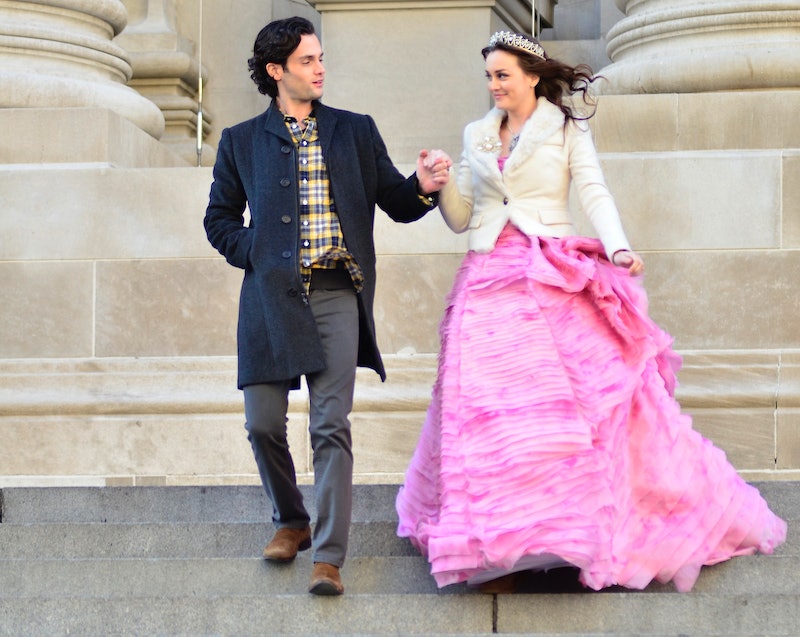 Hey Upper East Siders, Gossip Girl here: did you know that Lonely Boy and Queen B actually didn’t meet on set of the CW series? Penn Badgley and Leighton Meester had a Gossip Girl reunion on the first episode of Badgley’s new podcast Podcrushed with co-hosts Nava Kavelin and Sophie Ansari, which premiered on May 18. The two stars revealed that they first crossed paths about a year before they were cast for Gossip Girl, when they both starred in a “real B-grade” horror movie, as Badgley described it.

“I don't think about it hardly ever but then I'm like, ‘Oh, Hella-Burger.’ Well, actually it's called Drive Thru,” he recalled. “I was wondering which title you were gonna shout,” Meester added. “I'm really glad that was the one.” And if you haven’t heard of this flick, you’re not alone. “I don't think I've ever seen it,” Meester admitted, with Badgley adding that he’s only seen some gory clips. “I'm cut in the middle,” he recalled. “I'm cut in fully half. And then my body, my torso slides off of my legs.”

The actors only had limited screen time together, meaning they didn’t interact much, but he did recall going to a party at her house while they were filming. “I’m pretty sure we met on that movie but I’d ended up at a Halloween party or something at your house,” Badgley told her. “I remember waiting in line for the bathroom and you turned around and I hadn’t seen you before.” Hilariously, Meester had no recollection of meeting him at the party, which basically set the stage for how her Gossip Girl character Blair Waldorf would treat Badgley’s Dan Humphrey on the first season.

After the podcast went live, Badgley shared a sweet snapshot with Meester on his Instagram Story and thanked her for appearing on the premiere episode, proving that Blair and Dan did reunite in real life. “Best pic we took,” he wrote, adding “(No lie).” Dan and Blair shippers, assemble!

More like this
Jennifer Aniston Is Still Wearing That 'Friends' Dress She Stole From Monica's Closet
By Jake Viswanath
Christina Aguilera Had A Mini "Lady Marmalade" Reunion With Mya At LA Pride
By Jake Viswanath
Julie Andrews Revealed A Surprising Behind-The-Scenes 'Bridgerton' Detail
By Grace Wehniainen
Who Is 'Umbrella Academy' Star Elliot Page Dating After His Divorce?
By Jake Viswanath
Get Even More From Bustle — Sign Up For The Newsletter