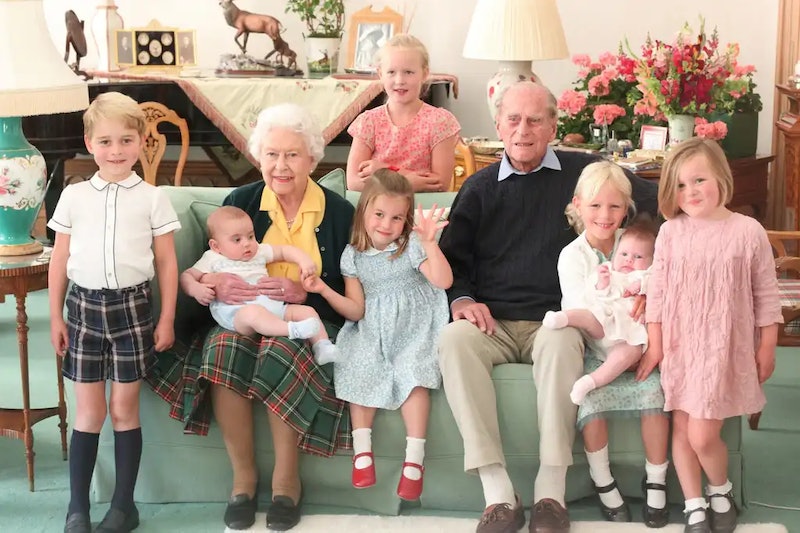 Instagram/Duke and Duchess of Cambridge
By Sabah Hussain
April 21, 2022

To celebrate Queen Elizabeth II reaching the mighty age of 96, the Duke and Duchess of Cambridge have shared an adorable throwback photo. Prince William and Kate Middleton took to their official Instagram account to share a joyful snap of Her Majesty the Queen, the late Duke of Edinburgh Prince Philip, and seven of their great-grandchildren. Three of the royal children featured were William and Kate’s children, Prince George, Princess Charlotte, and Prince Louis, and four were Princess Anne’s grandchildren.

The caption read: “Wishing Her Majesty The Queen a very happy 96th birthday today. An inspiration to so many across the UK, the Commonwealth, and the world. It’s particularly special to be celebrating in this Platinum Jubilee year.”

It wasn’t long before supporters of the royal family commented on the post. One social media user said: “A touching tribute to a special lady. You will both do a great job of ruling our country when your day arrives.”

Another commented: “Happy birthday to Her Majesty. A role model in every way.”

The Duke and Duchess of Cambridge, who will have been married for eleven years this month, also shared a sweet candid photo of themselves with the Queen, surrounded by lots of greenery.

A second photo captures the Queen at two-years-old, flashing a sweet smile to the camera.

Her Majesty will be celebrating 70 years of service this year, and is the first British monarch to celebrate a Platinum Jubilee.