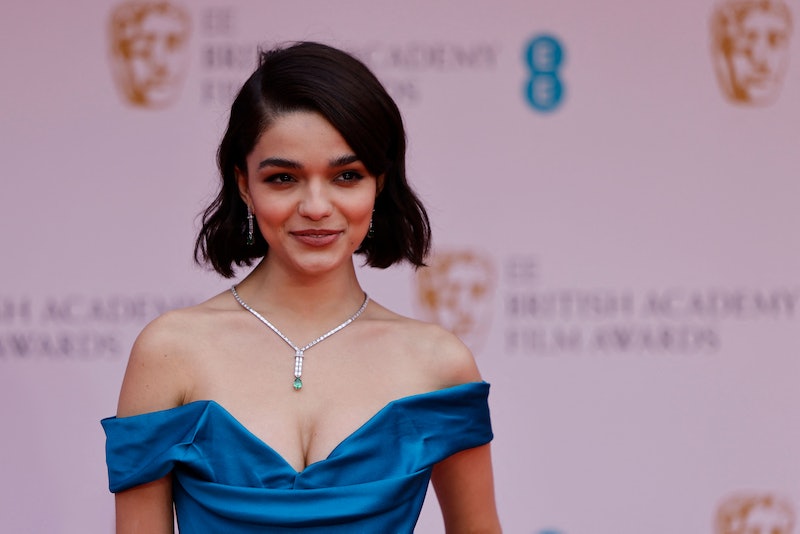 Steven Spielberg’s remake of West Side Story is nominated for seven Oscars at the 2022 Academy Awards, including Best Picture, but its lead apparently wasn’t invited at first. Rachel Zegler broke the news in a response to a fan who commented on her March 20 Instagram post, which included a slideshow of photos from recent award shows like the BAFTAs. “Can’t wait to see what you’ll be wearing on Oscar night,” the fan wrote. Zegler responded, “I’m not invited, so sweatpants and my boyfriend’s flannel.”

The actor elaborated in a separate Instagram reply, explaining that she has tried every method to score an invite “but it doesn’t seem to be happening,” along with a teardrop emoticon. “I will root for West Side Story from my couch and be proud of the work we so tirelessly did 3 years ago,” she wrote. However, she’s still hoping that “some last-minute miracle” will let her attend the ceremony in person. “But hey, that’s how it goes sometimes, I guess,” she continued. “Thanks for all the shock and outrage — I’m disappointed, too. But that’s okay. So proud of our movie.”

It seems that fans’ outrage over the news have led the Oscars to make that miracle happen. On March 22, The Hollywood Reporter said that the Academy of Motion Picture Arts and Sciences has decided to invite Zegler to be a presenter at the ceremony. The news was made official just a day later, when the Academy confirmed that Zegler would present at the show. Efforts were reportedly made to re-arrange the shooting schedule of Disney’s live-action remake of Snow White and the Seven Dwarfs, which Zegler is currently filming in London, so she can attend the show.

Despite the fact that she’s starring in a movie nominated for Best Picture, among other awards, it is technically not the Academy’s responsibility to invite Zegler to the ceremony because she wasn’t nominated herself (her West Side Story co-star Ariana DeBose, for example, gets a ticket and a plus-one since she’s nominated for Best Supporting Actress). As explained by Variety, film studios are given an allotment of tickets, so the production company behind West Side Story, the Disney-owned 20th Century Studios, has to decide whether to send her a ticket. Additionally, the Academy announced in February that capacity would be reduced for this year’s Oscars ceremony due to the COVID-19 pandemic, meaning there are even fewer tickets to go around.

The only way to circumvent this situation would be if the Academy decided to have her present at the show, which will now happen, much to the actor and her fans’ delight. Zegler has been a red carpet mainstay throughout awards season. She won the Golden Globe for Best Actress in a Comedy or Musical, and supported West Side Story at the BAFTAs, the SAG Awards, and the Critics’ Choice Awards. Naturally, the news of her snub outraged fans on Twitter, where several users are pointing out that it’s a missed opportunity to celebrate Latinx actors and creators in Best Picture nominees.

After seeing the outcry, Zegler thanked fans for their support on Twitter, while also asking them to give the Oscars some grace. “My goodness, folks!!” she wrote. “A lot of work behind the scenes goes into making movie magic happen. That goes for film productions... and awards shows alike. Let’s all just respect the process and I’ll get off my phone.” Zegler also mentioned that she’s “so lucky” to currently be filming Snow White in London, so even if she doesn’t end up getting to wear a ball gown to the Oscars, she’s still a princess in her own right.

This isn’t the first time that the people who made Oscar- nominated films happen weren’t invited to the show itself. Octavia Spencer is an executive producer on 2019 Best Picture winner Green Book and a previous Oscar winner herself, but she didn’t receive an invite to the Oscars that year — she was only able to attend the show and step onstage for Green Book’s victory after winning an Oscars ticket lottery, which is not being held this year due to COVID-19 protocol.

This article was originally published on March 21, 2022