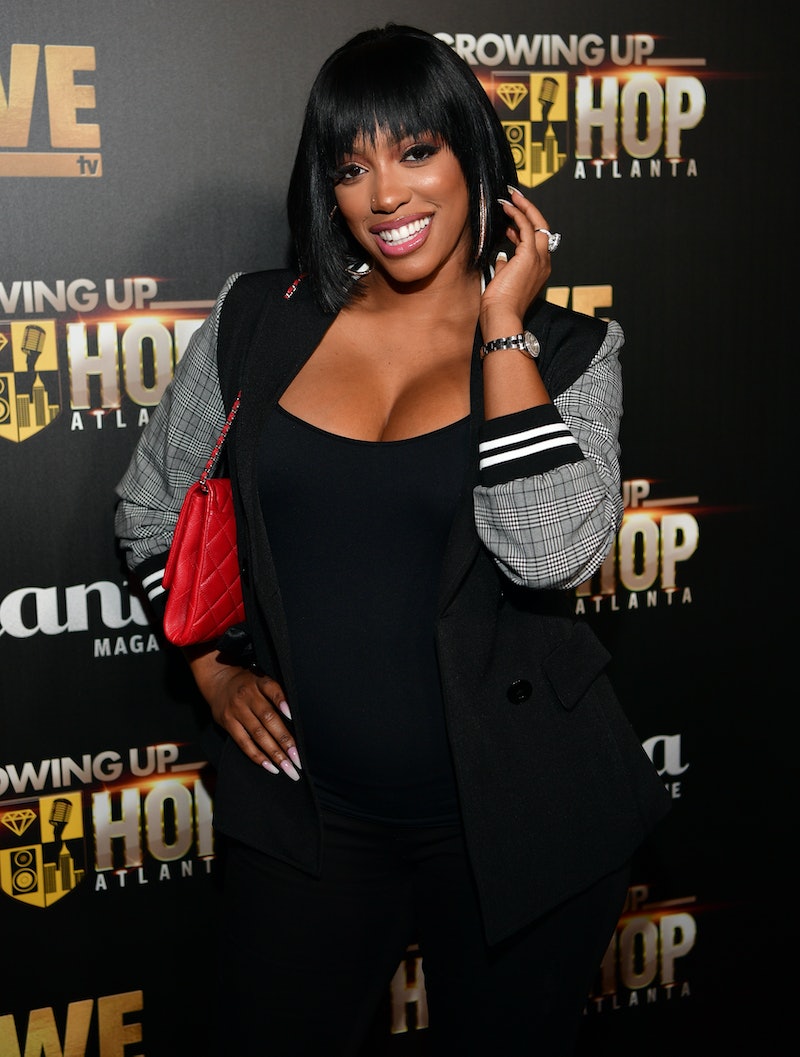 Real Housewives of Atlanta fans were shocked earlier this week when Porsha Williams posted on Instagram to announce she’s in a relationship with Simon Guobadia, aka fellow cast member Falynn Guobadia’s ex-husband. Hours later, the pair further surprised everyone by revealing that after just a month of dating, they’re engaged to be married. Unfortunately for viewers, Porsha and Simon dropped the bombshell days after Part 3 of the RHOA Season 13 reunion aired, so their relationship won’t play out onscreen just yet — though Simon could make an appearance in her newly-announced spinoff special. However, many RHOA cast members and other Bravo stars took to social media to share their reactions to the couple’s surprise engagement.

Following the initial engagement news, Falynn shared her response on Instagram. “I want to thank everyone for reaching out to me and offering their love and support,” she wrote. “At this time, I am focusing on finalizing my divorce and healing. Sending positivity to all of you.” Underneath her post, recurring RHOA star Marlo Hampton commented several prayer hand emojis, and Kenya Moore wrote, “The actual wife has spoken #Queen,” so you can guess whose side of the drama they’re on.

Porsha’s ex-husband Dennis McKinley, on the other hand, replied to the news with a sweet comment on one of her posts. “Congrats P! Cheers to your next chapter! Happy Mother’s Day,” he wrote. “Thank you,” replied Porsha along with a heart emoji.

As reported by @commentsbybravo on Instagram, before Porsha turned off the comments on her announcement post, RHOA newcomer LaToya Ali wrote, “I love, love,” followed by a series of heart emojis.

Former RHOA star NeNe Leakes posted her reaction to the shocking engagement on Twitter. “I didn’t watch the show! So this the man that was on the show wit that girl?!?! Oh sh*t, now I see what y’all saying! OUCH,” she wrote. In a follow-up tweet, Leakes clarified her initial comment: “Reading is fundamental. I posted a comment and didn’t really read. I just saw love and relationship then posted. You have to keep it real as a friend, it looks strange but I don’t know any details.”

During the May 13 episode of Watch What Happens Live, Andy Cohen responded to a fan who inquired about his thoughts on Porsha and Simon’s relationship. “I think it’s wild, man. I’m staying tuned,” said the Real Housewives executive producer. “I can’t wait to find out more... That’s what I think.”

While she didn’t address the scenario directly, Kenya Moore appeared to react to the news again on Twitter, posting a video of Nicki Minaj asking, “Did I lie? Did I lie?”

To learn how the rest of the Atlanta housewives feel about the shocking engagement, fans will likely have to wait for Porsha’s forthcoming three-part spinoff series or Season 14 of RHOA, which will likely air in late fall 2021.