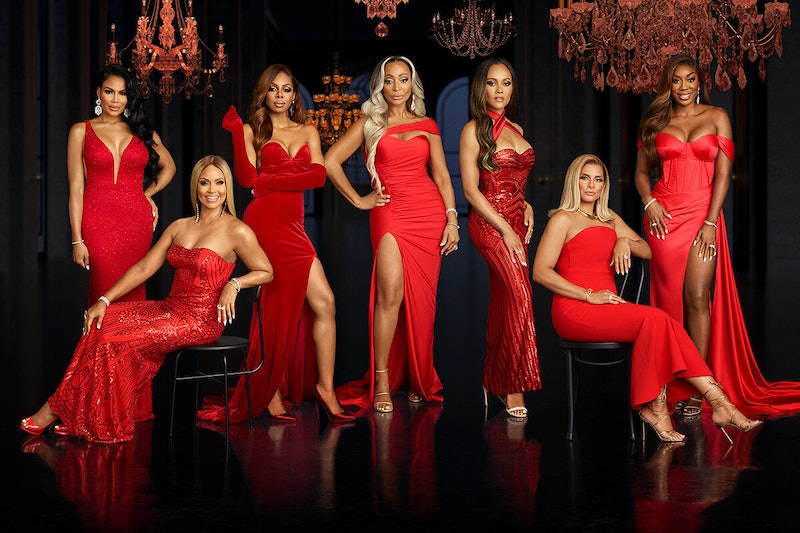 Even before The Real Housewives of Potomac was officially renewed by Bravo, fans assumed the show would be back for Season 7 — especially because of the season-high ratings of the Season 6 reunion, and, of course, all those unresolved issues left to explore.

The bad blood between Dr. Wendy Osefo and Gizelle Bryant, for example, persisted well beyond filming for the reunion. During an appearance on Watch What Happens Live with Andy Cohen last October, Gizelle said she was “over” trying to reconcile with Wendy, who she called insecure. In turn, Wendy dismissed Gizelle as the “most insecure person” in the cast during an after show segment for WWHL, also accusing her costar of “[doing] things just to purposely hurt people.”

Fortunately, RHOP Season 7 is, indeed, happening — and it’s right around the corner. Here’s everything you should know so far.

Though most of the earlier installments of RHOP premiered in the spring, Bravo bumped the most recent two seasons to mid-summer — and the RHOP Season 7 premiere date is even later. You can tune into all the drama starting Oct. 9.

At least one cast member’s place on the show wasn’t necessarily a given, of course. Executive producer Andy Cohen revealed during the Season 6 reunion that he often gets tweets telling him to fire Candiace. “They’re saying it in regards to the things that come out of your mouth,” he told the former Miss United States, who body-shamed Ashley after she had a baby and called Mia’s mother “low budget.” Andy also pointed out that Candiace is the “common denominator” in explosive onscreen altercations: she previously threw a butter knife at Ashley, tossed lettuce at Mia, and fought with RHOP alum Monique Samuels.

In fact, it was her physical confrontation with Monique in Season 5 that led Monique to leave the show last year, though she’s continued to be discussed in Season 6. During the reunion, for example, Monique’s infamous binder of receipts was referenced during the cast’s discussion about Gizelle’s split from Jamal Bryant. Last August, Cohen even told Entertainment Tonight he thought it “would be fun” to bring Monique back to RHOP, but she’s been clear that she doesn’t want to return to the Bravo series. The Mila Eve Essentials founder also told her Instagram followers that she hasn’t been watching the current RHOP season and only knows what’s been happening because fans keep tagging her in social media posts.

Bravo dropped the RHOP Season 7 trailer on Sept. 6. As usual, there’s a lot to digest — including medical scares, implications of infidelity, and Ashley’s separation from Michael. “You don’t buy a house with a man you are divorcing,” Gizelle tells her.