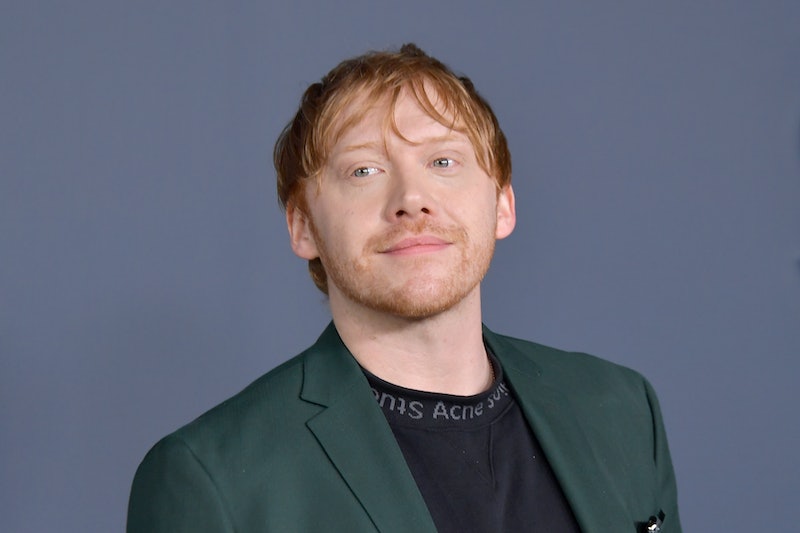 Rupert Grint’s 22-month-old daughter Wednesday G. Grint is already learning a thing or two from her famous father. The Harry Potter star recently revealed on The Tonight Show that his baby girl picked up a certain curse word from listening outside his dressing room for Apple TV +’s Servant. “She says dada, she says mama, and also, the F-word came pretty quickly,” The 33-year-old entertainer told Jimmy Fallon. “For so long babies just don’t do anything. She’s speaking. She’s talking. She’s got opinions.”

Fallon then asked how people react to seeing a “tiny” baby say the F-word. “It’s kind of a mixed reaction.” Grint said. “We were in a toy store today and she was just walking around [saying it]. We find it hilarious so it’s kind of encouraging it.”

Grint, who played Ron Weasley in eight Harry Potter films that came out from 2001 to 2011, also recently introduced Wednesday to the Harry Potter franchise. “I’ve already started showing her the trailers,” he said. “She has a wand. And a PEZ dispenser with my head on it.” Grint, Daniel Radcliffe, and Emma Watson celebrated the the 20th anniversary of the first film’s release during a reunion special that aired on HBO Max on Jan. 1, 2022. “We just kind of clicked back into time. It’s been 10 years since we wrapped the last movie,” Grint told Fallon. “Time has passed, I do feel like an old man now. It’s kind of more than just eight films. It was our childhood.”

Grint’s longtime girlfriend Georgia Groome gave birth in May 2020. Grint then joined Instagram in November 2020 and revealed his daughter’s name (and in doing so broke the Guinness World record for the fastest person to reach 1 million followers: four hours and one minute). “Hey Instagram....only 10 years late, but here I am. Grint on the Gram!” he wrote. “Here to introduce you all to Wednesday G. Grint. Stay safe, Rupert.”

Fallon complimented Grint on his daughter’s “great” name, which was inspired by Wednesday from The Addams Family. “It’s a good name isn’t it,” Grint said. “I always loved the name — it’s kind of memorable.”

READ NEXT: Who Is The Richest ‘Harry Potter’ Star?

Season 3 of Servant, starring Grint and produced/directed by M. Night Shyamalan, dropped on Jan. 21, a month after the show was renewed for a fourth season.