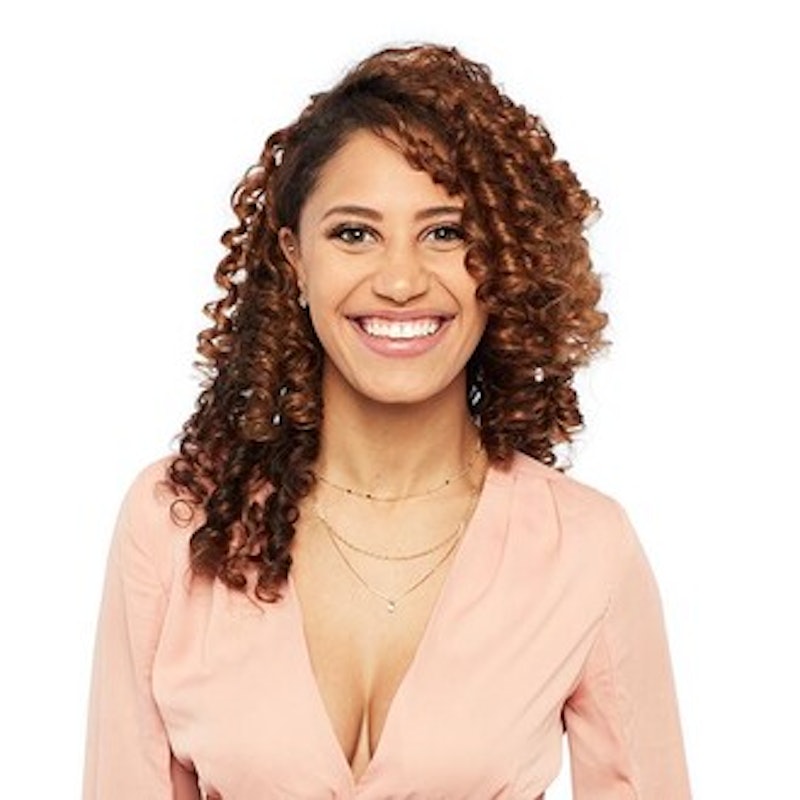 In a major twist following Sarah Trott's self-elimination on last week's episode of The Bachelor, five new women will join the competition midway through the season. One of them is Ryan Claytor, a dancer and choreographer who traveled from Brooklyn, New York, to Pennsylvania's Nemacolin Woodlands Resort to compete for Matt James' love.

Per her public ABC bio, Claytor is a hard worker with a huge heart, and she's looking for a partner who is a good conversationalist and gives back to his community. Here's what we know about her so far:

Everything we know about Claytor's professional dance career comes from her Instagram bio, in which the 26-year-old describes herself as a "dance artist." She attended a scholarship program at New York City's Alvin Ailey School and has appeared as a dancer on FX's Pose.

With 54 posts and a following of just under three thousand, Claytor's Instagram is a bit understated compared to some other Bachelor contestants. Her grid is mainly filled with smiling photos of herself dancing, posing in gowns, and representing the Iota Alpha Chapter of Delta Sigma Theta Sorority, which she belongs to through Virginia's James Madison University. (According to its Facebook page, the sorority is the first historically Black Greek organization at the university.) As of April 2020, Claytor has been a member for four years.

Ryan Only Wants To Get Married Once

If Ryan wins Matt James' heart at the end of the season, she wants it to last forever — unlike Clare and Dale's seemingly perfect relationship from last season of The Bachelorette. Her ABC bio details that she only wants to get married once, and that she's searching for a partner with whom she has "undeniable chemistry."

Claytor hopes to find a man who is graceful and poised, and she'd like him to hold similar beliefs and values as her. If he can't hold conversations about subjects other than work, he's not the partner for Ryan.