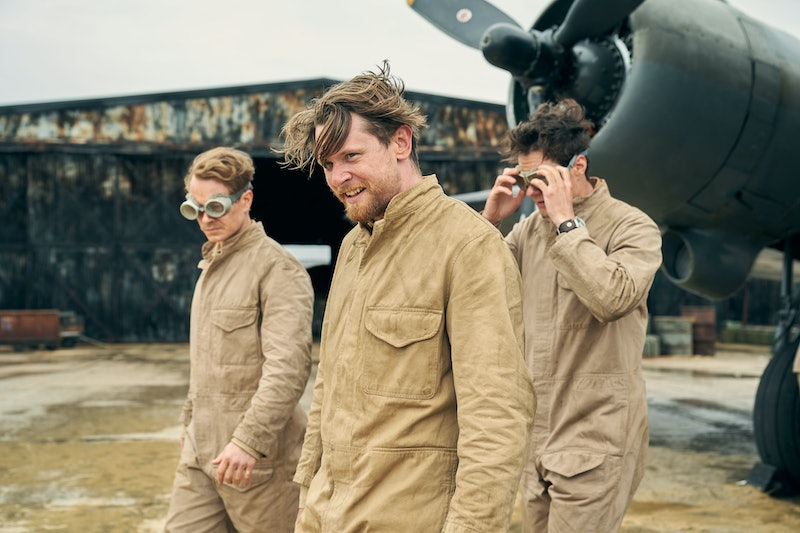 Written and executive produced by the celebrated creator of Peaky Blinders, Steven Knight, SAS Rogue Heroes has captivated viewers with its unique spin on the retelling of how the British Army's Special Air Service was formed during the height of World War Two. The six-part series is adapted from Ben Macintyre's novel of the same name, charting the early success of the SAS through the show's stars Connor Swindells, Jack O'Connell, Alfie Allen, Sofia Boutella, and Dominic West. But will there be a season 2 of SAS Rogue Heroes?

As the credits rolled on the final episode of SAS Rogue Heroes on Dec. 4, the BBC inserted a “to be continued” caption, announcing the series' return for a second season. The BBC has revealed that the series' next instalment "will show viewers what comes next for the SAS, following the dramatic turn of events in series one's final episode." As Knight told the BBC, the second series of SAS Rogue Heroes will see the newly formed SAS "into mainland Europe and will take our heroes to the limits of their endurance." With further details to be announced in due course, the second series of SAS Rogue Heroes is set to start filming in 2023.

While viewers eagerly await the series' return, it looks like even more SAS Rogue Heroes episodes are on the horizon, with Knight telling LADbible that there will be at least three more seasons.

"We're gonna take it to after the end of World War II and then see what happens, because the story just keeps [...] going," Knight said on a Zoom call with the rest of the cast, who seemed surprised and elated with the news. "Obviously the war keeps going and it just gets more and more incredible," Knight continued, adding that they may "break away and do Colditz as well." (Colditz is another book by Macintyre, which tells the story of a group of British officers held captive in a Nazi German gothic castle as they plan their escape.)

Having seen Peaky Blinders' cultural impact, Knight feels that SAS Rogue Heroes will have a similar effect. "I don't think there's been anything like this on TV ever, really. And it's getting such a great response from people who have seen it," Knight said. "I think it will have the equivalent effect on the culture that Peaky had. I think people will be really drawn to it.”

More like this
Wait, Is 'Happy Valley' Not Actually Over?
By Darshita Goyal
'The Last Of Us' Has Officially Been Renewed For Season 2
By Darshita Goyal
Turns Out George Clooney Is A Huge Fan Of This Classic British Game Show
By El Hunt
Rupert Grint Just Shared A *Major* Update About Ron Weasley’s Future
By El Hunt
Get The Very Best Of Bustle/UK
Sign up for Bustle UK's twice-weekly newsletter, featuring the latest must-watch TV, moving personal stories, and expert advice on the hottest viral buys.

This article was originally published on November 1, 2022