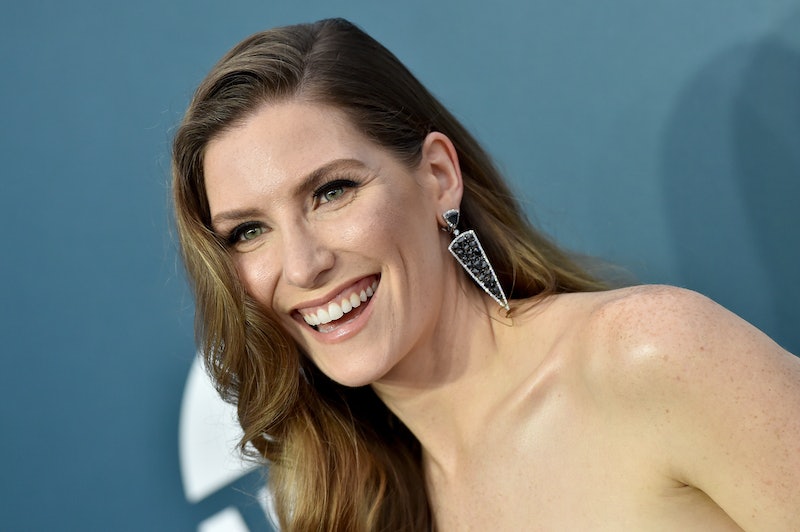 As Moira Rose would say, a new “bébé” has arrived into the Rose family. Schitt’s Creek star Sarah Levy and husband Graham Outerbridge welcomed their first child, a baby boy, on July 5, and his special name is “simply the best.” As revealed on Instagram, the couple named their son James Eugene Outerbridge, with his middle name seemingly inspired by her famous father and fellow Schitt’s Creek star Eugene Levy.

Levy announced the birth by sharing a photo of her hand resting next to her newborn’s feet on a baby blanket, and revealing that their son arrived ahead of his expected due date. “He decided to make an early entrance but we are so glad sweet James Eugene Outerbridge is in the world,” she wrote, tagging her husband in the post.

The 35-year-old actor, who played Cafe Tropical owner Twyla Sands on the Emmy-winning series, announced that she was expecting her first child on May 16 by posting a photo of her cradling her baby bump. “We’ll take all the salt & vinegar chips and the hottest hot sauce you have, thx!” she joked in the caption. Her Schitt’s Creek co-stars were thrilled, with Annie Murphy, who won an Emmy for her role as Alexis Rose, commenting, “REMEMBER HOW YOU'RE PREGNANT?!” and Jennifer Robertson, who played Jocelyn Schitt, writing, “I’m SO excited for you and Graham! I’ll send you All Dressed chips from Canada!!!”

Levy wed Outerbridge in October 2021 after at least three years of dating, given that they went Instagram-official in 2018. In true David Rose fashion, Levy’s brother and Schitt’s Creek cast-mate Dan Levy announced that she had gotten hitched before the couple confirmed their nuptials. “My sister got married this weekend,” he wrote in an Instagram post. “This is absolutely not a photo of us screaming the lyrics to S Club Party on the dance floor. Love you, @sarahplevy.”

Levy later posted about the ceremony on her own Instagram, sharing a photo booth reel of the newlyweds. “Bells are ringing,” she wrote. “10.16.2021.” Outerbridge also announced the marriage on his Instagram by sharing a sweet wedding photo and calling it the “happiest day of my life.”