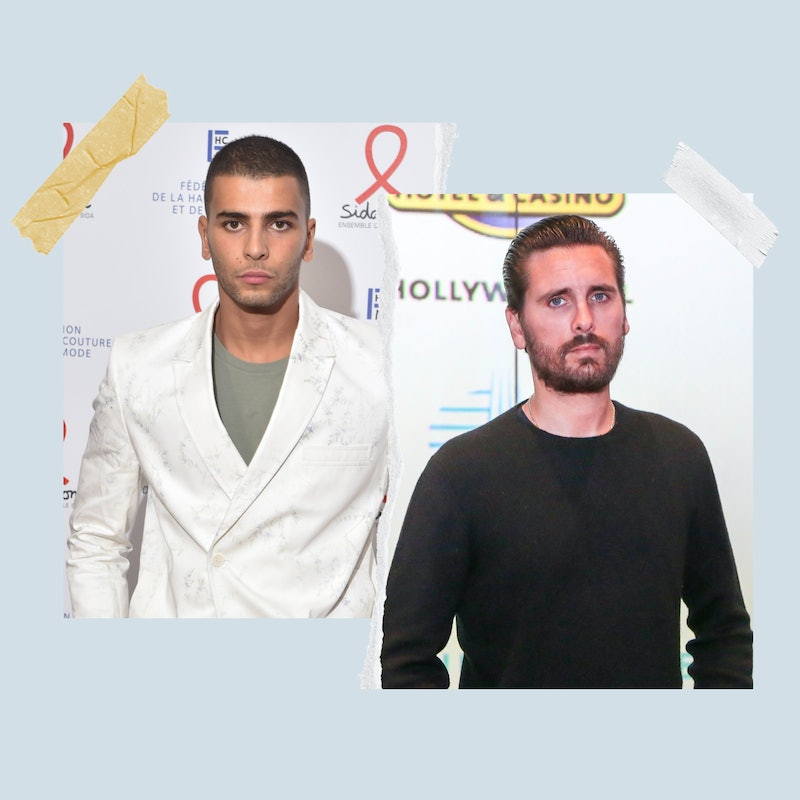 Scott Disick learned the hard way that Kourtney Kardashian’s ex-boyfriend Younes Bendjima can’t be trusted. On Monday, Aug. 30, the 28-year-old model leaked DMs with Disick on his Instagram Stories, which were about Kardashian’s current relationship with Blink-182 drummer Travis Barker. “Yo is this chick ok!????” Disick wrote alongside a photo of the Poosh founder making out with the musician on a boat. “Broooo like what is this. In the middle of Italy.”

Bendjima, for his part, seemed far less bothered by the steamy vacation photo than Disick did. “Doesn’t matter to me as long as she’s happy,” he replied before reminding the Talentless founder that they’re not friends. “PS: I ain’t your bro,” he wrote. Bendjima also added some additional commentary when he shared the DMs on his Story. “Keep the same energy you had about me publicly, privately,” he captioned the post.

On the Keeping Up With the Kardashians reunion special in June, Disick made his feelings about Kardashian’s past relationships very clear, including her on-again, off-again romance with Bendjima from 2016 to 2018. When asked if he gets “upset” when the mother of his three children — Mason, 11, Penelope, 9, and Reign, 6 — dates other men, the reality star hinted at her former relationship with the model. “Me? No. I just want to kill them,” he said. “But mainly the last guy.”

It seems that after the special aired, Bendjima was waiting for the right moment to publicly call out Disick on social media. “Couldn’t miss this one,” he wrote in a separate post on his Aug. 30 Instagram Stories. “He been playing around for too long, [tried] to stay quiet and be the nice guy. Back to work now.” So far, Disick has not responded to Bendjima’s Stories. And based on Kardashian’s Instagram feed, she’s been too busy on her Italian vacation with Barker to care.

The Flip It Like Disick star appeared to give Kardashian and Barker his blessing two months ago on the KUWTK reunion special. When host Andy Cohen asked if he supports their relationship, Disick replied unenthusiastically. “I mean, yeah,” he said. “I think if you really love somebody, you want them to be happy no matter what. So I do give her a blessing to be happy.” Kardashian also admitted that her relationship with Disick “probably” would’ve ended differently if they didn’t broadcast it on TV. “I think the substance abuse was the dealbreaker,” she said.

Although it’s been a long and tumultuous journey into Barker’s arms, Kardashian doesn’t regret a thing. Ever since making their relationship Instagram official last February, the couple has been sharing NSFW content all over their feeds. In July, the pair even sparked marriage rumors when Kardashian’s hairstylist and Barker’s daughter Alabama hinted at a wedding on social media. “So happy for you guys,” Alabama wrote at the time, per Seventeen. And in an Instagram Live on July 27, she referred to the KUWTK star as her “stepmom.”

Kardashian and Barker haven’t confirmed the marriage rumors, but recently, they took their romance to new heights. According to People, Ever since Barker survived a 2008 plane crash that killed four people and left him with major third-degree burns, he opted to travel by car or bus. But prior to the pair’s Italian getaway, they flew to Cabo on Kylie Jenner’s private jet. “With you anything is possible @kourtneykardash,” Barker wrote earlier this month alongside a photo of them kissing next to the plane. “Anything and everything with you,” Kardashian responded.