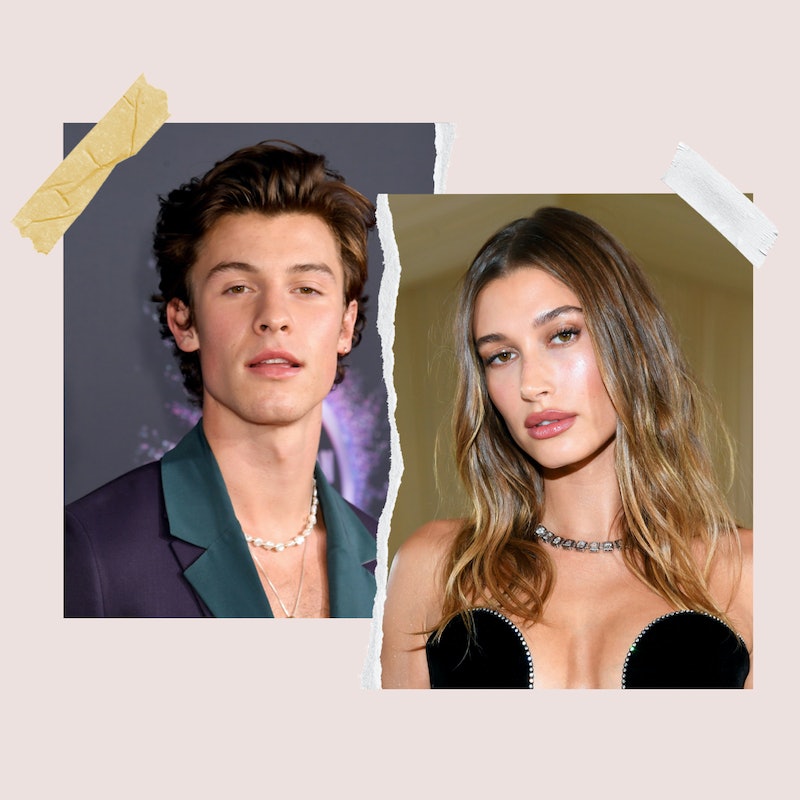 Shawn Mendes might be the most honest celebrity out there, and now there’s a lie detector test to prove it. On Monday, Sept. 20, Vanity Fair gave the “Treat You Better” crooner a polygraph test and questioned him about everything from his romance with Camila Cabello to his social media habits. For the most part, Mendes answered the questions honestly. But in doing so, he also revealed some uncomfortable truths about Taylor Swift’s boyfriend, his first encounter with Justin Bieber, and what he really thinks about pop icon Harry Styles.

“In a recent interview, you said that your girlfriend thinks you’re incapable of lying,” the interviewer said, referring to a statement that Mendes made on the Man Enough podcast in June. “Does that mean you’re actually really good at lying?” In response, the 23-year-old said that the opposite is true and that he’s “pretty bad at lying.” However, that doesn’t mean that he’s never bent the truth before. “I definitely have lied,” he admitted, confirming that he lied to Cabello before and got away with it.

Things only got more uncomfortable when the “Mercy” singer began answering questions about some other familiar folks in the industry. For example, Mendes has long been a fan of Justin Bieber, and during the polygraph test, he admitted that he “definitely [said] some weird stuff” when they first met. What the two pop stars didn’t talk about, however, was that Mendes reportedly dated the “Peaches” singer’s wife, Hailey Bieber, years ago. “No, never talked about that,” the 23-year-old said with a smirk when questioned about attending the Met Gala with the model in 2018.

After the interviewer inquired about Mendes’ relationship with the Biebers, she asked if he thought he was nicer than Harry Styles. “It’s hard to tell,” the “In My Blood” singer responded. “I’ve never actually met him or hung out with him.” But when faced with a photo of the “Watermelon Sugar” crooner, Mendes confessed that he thinks he might “be a bit nicer than him.” “I’m really not capable of lying,” he said. “I’m telling the truth.” Later on, Mendes once again proved that he cannot tell a lie when he flat out told the interviewer that he doesn’t think John Mayer is “ready” for a relationship. Ouch.

The funniest (and perhaps most awkward) moment came when Mendes was questioned about his friendship with Taylor Swift. After confirming that and he and Swift are still friends who text each other for music advice, Mendes said that her boyfriend, actor Joe Alwyn, “looks like a sweet guy.” Unfortunately, the polygraph test determined that was a lie. “I mean, he’s kind of got a little bit of a villain look about him,” Mendes admitted after getting caught. “I mean, he looks like a nice guy but he at any moment can turn into a villain. He’s got really blue eyes and I struggle with eyes that blue. I find it easier to trust brown eyes.”

Although the juiciest parts of the lie detector test were the parts in which Mendes spilled the tea about other celebrities, he also answered some burning questions about his personal life. Not only did he admit to being friend-zoned several times by Cabello before they started dating, but he also said something that will likely land him in the doghouse. When asked who their dog Tarzan likes better, Mendes said that he’s the favorite. And when it comes down to it, he thinks Cabello would agree. “I think she would, through her teeth, say it,” he said.