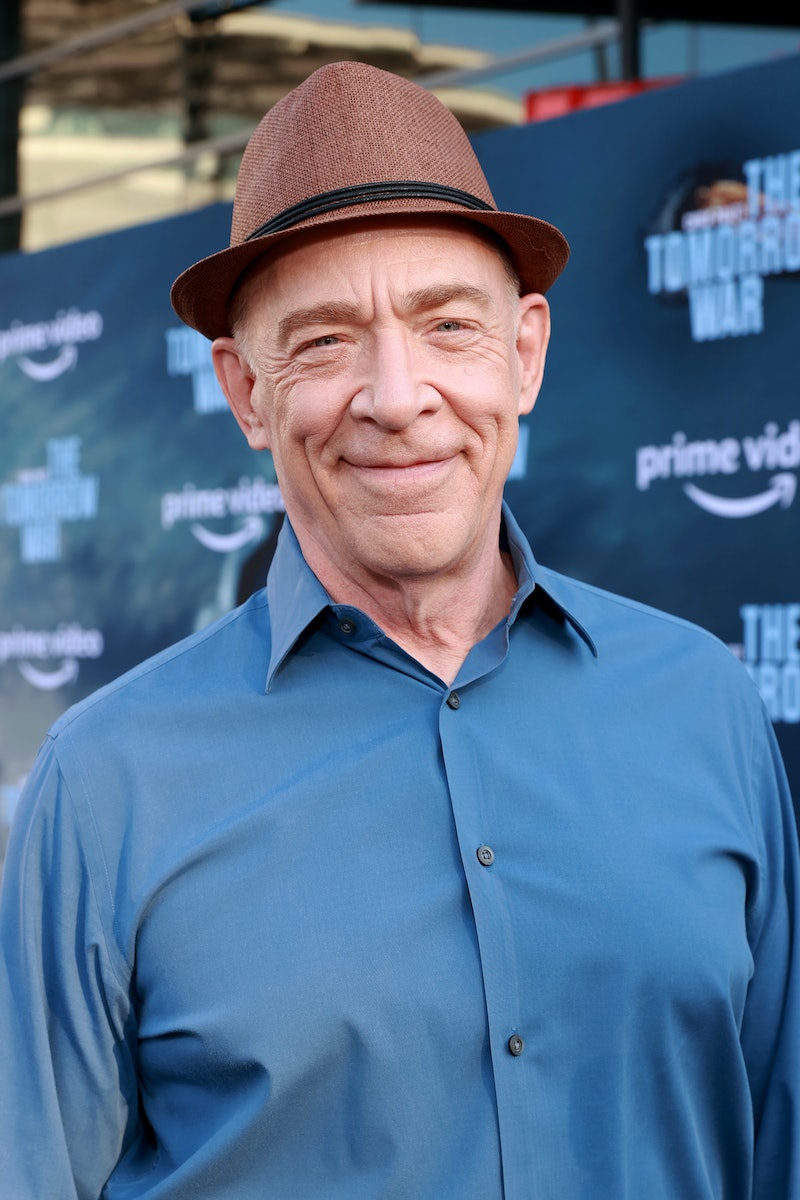 With less than a month to go before Spider-Man: No Way Home, the anticipation for the new film and the (reported!) return of your favorite franchise actors has never been higher. Of course, past Spideys Andrew Garfield and Tobey Maguire are still playing coy when it comes to addressing their involvement in the film — as Garfield recently told Bustle, we’ll “just have to wait and see” what happens — but at least some familiar faces are confirmed to return so far. Like, for example, the very angry Daily Bugle editor-in-chief, J. Jonah Jameson.

Played by J.K. Simmons in Sam Raimi’s early-aughts Spider-Man trilogy, Jameson’s appearance in Far From Home made him the first character played by an actor from the original films to cross over into the modern Marvel Cinematic Universe. Back then, viewers had no idea how heavily the Multiverse would factor into the MCU — but now that past villains are entering the current Peter Parker’s world via botched Doctor Strange spell, Jameson’s inclusion is that much more intriguing. Fortunately, Simmons himself hinted at his character’s journey in a Nov. 24 appearance on the Happy Sad Confused podcast.

“To me, it’s a slightly different character,” he said. “It’s the same blowhard, you know, the same guy with less hair. And honestly I kind of wish he still had the hair.” Though Simmons thought Jameson should still have his familiar flat-top cut, he was happy that the character was still his blustery self — and that he got to keep the mustache.

Unlike Doc Ock or Green Goblin, who seem to be pretty much plucked from their own Raimi-era timeline in No Way Home, Jameson’s updated style could reflect the fact that he’s not a Multiverse mistake. He was introduced way before Peter and Doctor Strange’s spell — in other words, the fact that he’s played by the same actor isn’t meant to be significant. (Just a consequence of Simmons delivering a performance so iconic that no one could possibly replace him.)

Jameson’s look isn’t the only way the MCU has modernized his character, or The Daily Bugle. Instead of being a questionable daily paper, the brand now goes by thedailybugle.net — and, fittingly for 2021, it’s on TikTok. The account even started recruiting “unpaid interns” in promotion of the new film which, knowing Jameson, is pretty spot-on.

Simmons first brough Jameson to screen all the way back in 2002, and still looks at the role (for which he was hand-picked, by Raimi) super fondly. “It was one of the biggest blessings of my blessed, fortunate career,” he said on the podcast.

More like this
The 'Scream 6' Trailer Shows Off Hayden Panettiere's Return & Ghostface In NYC
By Jack Irvin and Jake Viswanath
Twitter Is Overjoyed By Angela Bassett’s Record-Making Oscar Nomination
By Maxine Harrison
Anne Hathaway Shared A "Thrilling" 'Princess Diaries 3' Update
By Darshita Goyal
New Details About Jeremy Renner's Snowplow Accident Reveal The Actor's Intentions
By Sam Ramsden
Get Even More From Bustle — Sign Up For The Newsletter
From hair trends to relationship advice, our daily newsletter has everything you need to sound like a person who’s on TikTok, even if you aren’t.